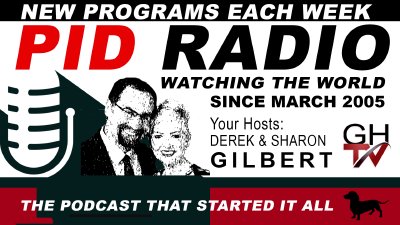 Inanna, the Elders, and the Nine

IT’S ANOTHER week of high weirdness on Planet Earth! An eight-foot golden statue called NOW was unveiled atop a courthouse in New York City. It’s supposed to represent the late Supreme Court Justice Ruth Bader Ginsburg, but the ram’s horns and serpentine appendages remind us more of the gender-fluid Sumerian deity Inanna. We also discuss a group that had its coming-out this past week, The Elders, who joined the Bulletin of Atomic Scientists to move the time on the Doomsday Clock to 90 seconds before midnight, the closest we’ve ever been, in their opinion, to total annihilation. Who are these “Elders,” and why do they seem to echo the globalists at the World Economic Forum?  We also break down the significance of the number of so-called “elders,” comparing it to the Ennead, the main deities of the pantheon worshiped at Heliopolis in ancient Egypt, and The Nine, a group of spirits channeled by a group led by CIA asset Dr. Andrija Puharich between 1953 and 1978—a group that included members of some of America’s wealthiest families, and connected to the military-intelligence complex, Hollywood (including Star Trek creator Gene Roddenberry), and the Kennedy assassination. Also: Illinois Mothman, big African cat found in Missouri Ozarks, and black bear takes 400 selfies on trail cam. —————— Help us to Build Barn Better! This is our project to turn our 1,200 square foot shop building from a place to park our yard tractor into usable studio and warehouse space. In 2023, we plan to fix the holes in the walls, replace windows, insulate the building, install an HVAC system, and move our studios and book/DVD warehouse and shipping office out of our home. If you are so led, you can donate https://www.gilberthouse.org/donate/.

AL GORE went on an epic rant at the World Economic Forum meeting in Davos, Switzerland this week, yelling that we’re going to lose our ability to self-govern if we don’t stop overheating the planet. Mr. Gore is apparently impervious to irony, since his point is that we need to give up our ability to self-govern so that he and his globalist paymasters can tell the rest of us how to live. Check out the WEF’s https://www3.weforum.org/docs/wef_global_risks_report_2023.pdf (link opens PDF), which can be summarized as climate change, climate change, climate change, disinformation (about climate change), and climate change. Also: Threat of H5N1 (avian flu), and the BRICS+/Eurasian Economic Union plan to replace the petrodollar with a gold-backed digital currency.

THE WORLD ECONOMIC FORUM meets this week in Davos, Switzerland, a gathering of world leaders in politics, banking, technology, business, pharmaceuticals—well, everything—who will tell the rest of us how we’re supposed to live. We discuss the Great Reset (or Re:Set, for you fans of the old Egyptian gods) and its parallels to the ancient kingdom of Nimrod—especially the desire to summon, and become like, the gods who walked the earth before the Flood. Here’s the link to the World Economic Forum’s https://www3.weforum.org/docs/wef_global_risks_report_2023.pdf (opens PDF document). In a nutshell, climate, climate, climate, migration, and climate.

It's Truth, Harry, But Not as We Know It

“FEELS IS REALS” appears to be the philosophy behind much of the world today. If it feels real to you, then it is—regardless of the observable facts. So, we live in a world where Prince Harry is oppressed, electrons are money, two quarters of economic contraction is not a recession, and scientists believe they can control temperatures everywhere on Earth at once just as easily as adjusting a thermostat. The problem is that truth does exist, and reality doesn’t care whether you believe it or not.

JUST AS fractals are geometric patterns containing detailed structures at increasingly small scales, geopolitics is a reflection of activity in the unseen realm. This week, we discuss globalism from the Project for the New American Century to the World Economic Forum, the role of cryptocurrency and the unseen hand called “the octopus.” All of it is intended to bring us back to the kingdom Nimrod built more than 5,000 years ago, Babel. Links:  https://www.pidradio.com/2009/10/04/p-i-d-radio-10409-the-octopus/Our interview with David Flynn on https://www.pidradio.com/2007/02/11/pid-radio-21107-david-flynn-daniel-33-and-washington-dc/

TERRITORIAL SPIRITS have influenced human politics for millennia. The princes of Persia and Greece are explicitly mentioned in theBook of Daniel, but it was understood in the ancient Near East that every city-state or tribal territory had its patron god. This week, we discuss the work of these entities and how their struggle to overthrow God is reflected in scripture and in the headlines of the day. And sometimes even in cheesy movies, which (probably without intending to) present stories similar to the ultimate goal of the Fallen—world domination. —————— Video on demand of our best teachings! Stream presentations and teachings based on our research at our new https://gilberthouse.uscreen.io/!

YOU CANNOT understand geopolitics if you don’t look deeper. This week, we discuss the global split between East and West, and the fracturing Western alliance as Europe accuses the U.S. of profiting from the war in Ukraine. Then we discuss news that an exorcist for the Archdiocese of Washington, a practicing psychologist for 30 years, said that a porn addiction puts one in grave spiritual danger by presenting “an opening to the demonic.” —————— Get our free app! It connects you to these studies plus our weekly video programs, SciFriday, Unraveling Revelation, and A View from the Bunker. The app is available for iOS, Android, Roku, and Apple TV. Links to the app stores are at http://www.gilberthouse.org/app/. Video on demand of our best teachings! Stream presentations and teachings based on our research at our new https://gilberthouse.uscreen.io/! Check out our new online store! https://www.gilberthouse.org/store/ is a virtual book table with books and DVDs related to our weekly Bible study. Take advantage of our monthly specials!

WE’RE BACK! After a hiatus of more than two years, we’re back with the podcast that started it all. We discuss our reasons for reviving our first media outreach, the state of play in Eastern Europe, and the “everything bubble” keeping the global economy afloat—for now.