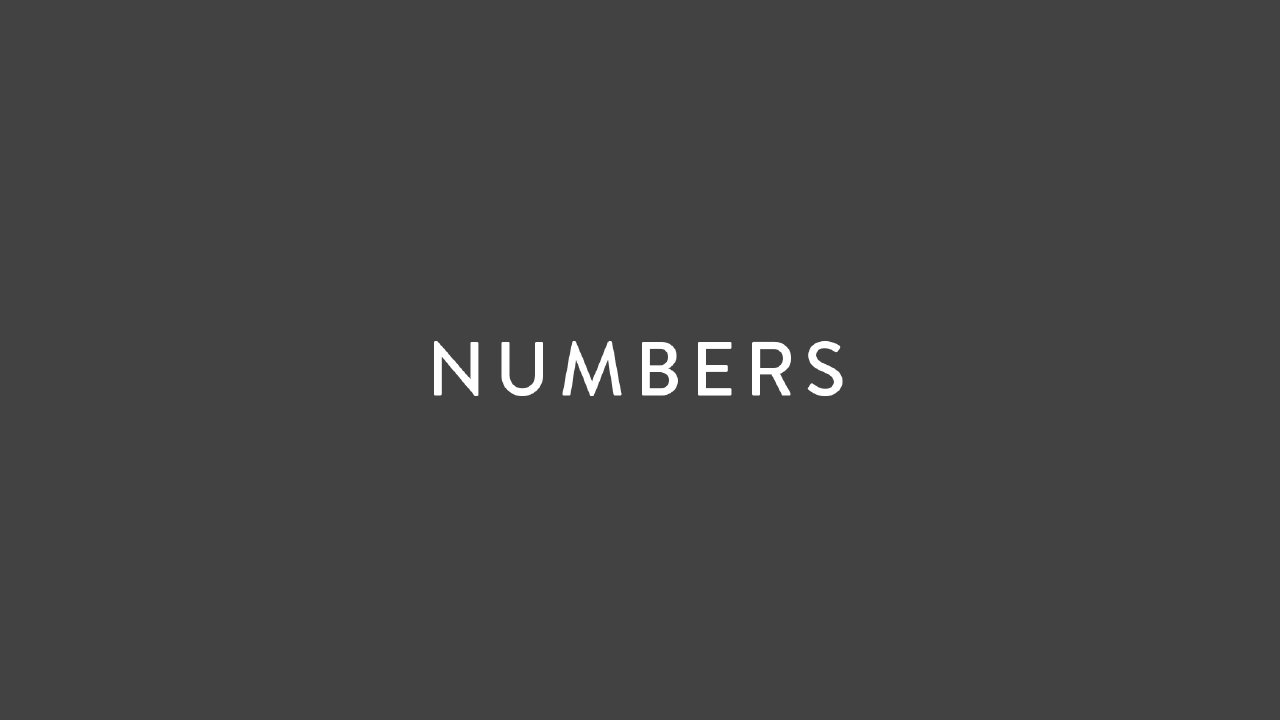 * A Nazarite vow was a special vow people could take if they wanted to go deeper with God and express deep devotion to Him. * It’s kindof like Hobby Lobby and Chic-Fil-A not being open on Sunday. * It consisted of three things that we can apply to our lives today if we want to go deeper with God: * 1) No wine to drink - even though wine was ok. * This symbolizes saying “no” to our senses and not indulging our appetites. * 2) No cutting of hair. * This symbolizes not being concerned about outward appearance. * A Nazarite was more concerned with what was going on inside than outside. * 3) Stay away from dead bodies. * This symbolizes staying away from places of death (bars, clubs, etc).

More from Lessons From Numbers 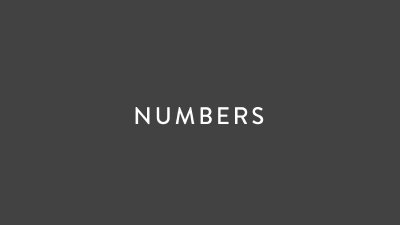 * Chap 1 -God had already given the people the law and they had built the tabernacle. * Now it was time for them to move into the Promised Land. * What would they do? * How would they be able to go where God wanted them to go and keep His presence among them? * This is what the book of Numbers is all about. * It’s a book that counts the people and makes them accountable so they could be counted on to fight the battles that were coming! * Numbers is a book of organization! * An organism is something that’s alive because of proper organization. * The foundation is RELATIONSHIP - they were in relationship with God and with each other. * The first item of business was the Tabernacle, which represented God’s presence. * It was the fuel for battle. * Chap 2 - Here in these verses we see very clear separation among the people. They had to remain distinct from each other. But the ultimate goal wasn’t separation, it was oneness. They would come back together “as one” under the name of God to fight the enemy. * Chaps 3-4 - These chaps outline the roles and responsibilities of the Levites in dealing with the Tabernacle (the presence of God). * They erect the boundaries for relationship. * So long as they stayed inside these boundaries they would maintain fellowship with each other and with God.

* Aaron and his sons, who were the priests of the day, were commanded to bless people. * Today we are priests and we must bless others the same way. * The blessing we should pray over others is five fold - that God would: * 1) Protect them. * 2) Smile on them. * 3) Be gracious to them. * 4) Show them His favor. * 5) Grant them peace. * This will keep us from ever getting bitter toward another human being.

* God is a systems-thinker. * A system is a series of steps that gives you predictable results. * God created all the systems of life (solar, ecosystem, muscular, skeletal, etc). * Systems create the boundaries upon which life can thrive. * Systems operate by two things: * 1) Rules - built on “If / Then” logic. * 2) Roles - who does what, when & how. * The only way a system works is if everyone: * 1) Obeys the rules. * 2) Stays in their role. * ** Relationships need systems to thrive. * EX: Zoom call w/Whitakers (arguments bc of no system). * God wanted His relationship with the people to thrive. * So He set up a system. * Numbers 3:21-37 - system where the tabernacle of His presence could be taken care of and transported. * He divided it into three categories, all under the Levites: * * Gershonites - the structure of the tabernacle * * Merarites - tearing down, transporting, setting up * * Kohathites - the furnishings of the tabernacle (the Holy things) * ** They were to carry the holy things on poles, not carts. * Numbers 7:1-9 - the Kohathites didn’t get what the others got. * They were called to something different than their brothers. * They had a stricter calling because they were in charge of the Holy things. * * The higher you climb the leader ladder, the more strict your rules are. * PROBLEM - we often look at the rules and roles for others and think it’s ok for us. * The result is DEATH! * 2 Samuel 6:1-8 - hundreds of years later, the Levites carried the ark on carts and Uzzah lost his life. * God’s system is set - His rules for relationship are in place - you accept whatever role He’s given you and don’t back off of it.