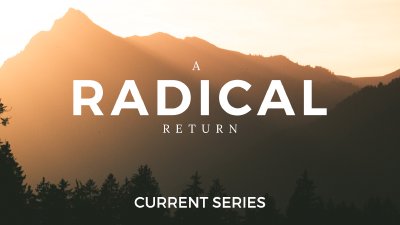 As Kingdom citizens, Christians receive far more than we could ever give. There really is no adequate way to measure the riches of grace, the gift of eternal life, the constant supply of love, mercy and compassion which come to us from the Father. We humbly acknowledge that it would be impossible for any of us to pay back a fraction of what we have received from Him. Yet the Lord clearly calls us into a lifestyle of release and sacrifice. Our motivation for living generous lives is not in order to pay back or pay off what God has given us in grace. We are called as children of a generous Father to live lives that reveal our gratitude to Him by entering into His purposes in our generation. We are to reveal His nature to a blind world by living in time in the same ways that He has existed in eternity. God releases His love, His compassion, His mercy and His provision through the open hands of His children. The Father transforms us from being takers to being givers. Kingdom living does not happen in the realm of theory. There is a heavenly call for us to be poured out intentionally into the lives of others for the glory of our King. If it has not cost us, it isn’t real yet. This message reveals how Jesus will take obedience with that which may seem small to us and turn it into a Kingdom-revealing activity which meets practical needs and makes the love of the Father visible before our eyes and the eyes of those whom we bless.

One of the challenges for us to live with a primary awareness of being citizens of God’s Kingdom is the troubling reminder that there is so much of the kingdom of this world bombarding our senses every single day. We can become more convinced of the evil, pain, division, injustice and vices of the temporary earthly realm than we are the righteousness, love, power and triumph of the coming Kingdom. Both realities exist in this present age. If God’s Kingdom is eternal and supreme, why do we sometimes discern less evidence of His kingdom than we do of the lesser kingdoms of the world, the flesh and the devil? When will God rid the cosmos of evil people and their evil deeds? Even in the visible Church there exists so much that seems incompatible with the Kingdom of God - when will dead religion, hypocrisy and counterfeit believers be dealt with? Jesus spoke to all of these things 2,000 years ago as He preached on the Mount of Olives. He tells us how and when all that does not belong in God’s paradise will be forever removed. Until then, we must learn to discern the difference between the wheat and the weeds in the Kingdom.

Presenting the Kingdom to the Crowd

Jesus was not interested in sparking a rally, initiating a movement, or marketing a product. The mission of Jesus was to establish an everlasting Kingdom. At the center of this Kingdom, Jesus presented Himself as the lone option before whose throne all must bow. Though His mission included teaching, miracles, and displays of power over the forces of hell, the core component of what He constantly proclaimed was an invitation for people to renounce all the lesser kingdoms in order to enter His everlasting Kingdom by faith. His crowds often grew due to the life-giving messages He preached and the mind-blowing miracles He performed. Interestingly, it seemed that Jesus reserved His most intense sermons for the largest crowds. He was seeking out those who would commit themselves in radical allegiance to Him in order to establish God’s Kingdom on earth. This message from the King contains the clearest demands of the Gospel upon those who are contemplating a commitment of their lives to King Jesus. He leaves no room for half-hearted followers. The Kingdom invitation clearly requires an all-or-nothing response from everyone who hears it.

What the Kingdom is NOT

The enemy likes to traffic in substitutes. Satan and his demon army love to extend replacements to us for what God offers us. Every substitute they offer is Hell’s counterfeit of Heaven’s currency. God is advancing the reality of an everlasting Kingdom over which His Son, Jesus, is the King. In order to resist this reality, Satan seeks to deceive the masses into settling for things which look similar to the Kingdom of God on a superficial glance but, upon deeper inspection, are nothing but damnable substitutes. This message takes an unapologetic look at four of the enemy’s most common substitutes for the Kingdom: rules, rhetoric, religion and retreat. Over the last 2,000 years, many have mistakenly settled for these things only to find out far too late that they never entered the Kingdom of God.

What Angers The King

As we consider what it is that constitutes the Kingdom of God, it is necessary for us to intentionally address and expose some of the most common beliefs and activities that serve as impostors to the Kingdom. Because it is far easier to establish than the realities of the true Kingdom, human modes of religion are the foremost elements that masquerade as the actual Kingdom of God. Jesus is not neutral about human religion - He truly hates it. Jesus is not tolerant toward it like most of us are tempted to be. In this message we find that the King and His followers are to remain and informed about the difference between the two opposing forces of Kingdom and Religion. Jesus diligently fought to expose and overturn any and all religious approaches to God. We must ask ourselves if we have become relaxed where He was relentless. When the Kingdom of God comes, the religious ways of humans must go.

From the life of Jesus, we are able to learn how Satan seeks to divert all of us from our God-spoken identities and assignments in the kingdom. In subtlety, the enemy is constantly seeking to redirect our minds and wills towards lesser investments of who we are in the Kingdom. Harnessing the world system and the different streams of influence from our culture, Satan and his demons are committed to the art of diversion. If they can succeed in disconnecting and diverting us from our true identities as sons and daughters, then they are able to redirect our eternal focus unto a temporary focus. When they are successful at these diversions, Christians no longer live FOR the Kingdom of God even though they are living IN the Kingdom of God. The raw truth is that the enemy succeeds in this tactic of diversion in the lives of innumerable believers. We are able to learn how to consistently overcome Satan’s strategies by learning from Jesus himself as Satan sought to divert Jesus from the assignment He received from the Father.

Receiving Clarity on the Kingdom

For many, when they first begin hearing intentional teaching about the Kingdom of God, there can arise an unsettling in their hearts. Because most Western Christians have been indoctrinated with a less-than-Kingdom version of Christianity, the concept of a literal Kingdom of God can seem foreign and awkward to them. Suddenly their Christianity is no longer centrally about obeying a list of rules, learning a set of truths, behaving morally as good Christian examples or attending worship services in a building once or twice a week. When the reality of the Kingdom is presented, there is a growing awareness that God has called us to a full and complete surrender of our entire selves unto His rule. We are being called to renounce all lesser kingdoms. Our loyalties are required to shift. Our values must be transformed. This is unsettling for many Western Christians who may even be concerned about whether they belong to Jesus at all after receiving understanding about what the bible says concerning the Kingdom of God. The Kingdom is so all-encompassing that, when one begins to initially grasp it, much of what they believed about Jesus and Christianity seems puny and paltry by comparison. They sense a need to bow lower, mover deeper and surrender more fully. At some point, they sense a need to receive greater clarity on the Kingdom. This message reveals the required posture of our hearts in order to both enter and continue in the Kingdom of God.

It’s Always Been The Kingdom

What is the foremost messaging of the Bible? What is it that God primarily speaks to those who are listening? There is a paradigm presented to all of us from Scripture which must be kept front and center if we are going to understand who God is and what He is doing in our generation. If the Church gets this prioritized message from Heaven right, then both our identity and activity of the people of God will remain in alignment with the heart of our King as He rules from his throne. If we get this message wrong, what are the consequences? What is this central message? It is the establishing of God’s Kingdom on planet earth.