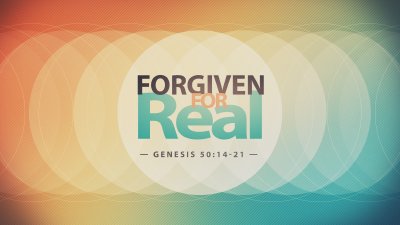 It's one thing to live as a slave not knowing that you are free. It's another thing to live as a slave knowing that you are free. Joseph forgave his brother, but they continued to live with the guilt of selling him into slavery. God used this story for good and was able to paint an elaborate picture of how He can use the bad in our lives for our own good. Our past is forgiven! Will you accept the forgiveness or will you continue to live as a slave knowing that you have been freed? Pastor James has been a part of Grace Church since 1997. Both James and his wife Nellie graduated from Calvary Chapel Bible College. He served at Grace from 2002 to 2015, when the Lord called James and his family to Galveston, TX to start Calvary Galveston. James and Nellie have been married for over 18 years and they have 4 children. James loves traveling, reading, and all sports, especially surfing and paddleboarding. 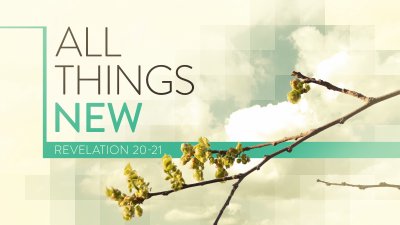 There will be a day when God will make ALL things new. There will be a New Heaven and a New Earth, and there will be a New Jerusalem. But before the new can come the old must pass away. God will get rid of death, sorrow, and pain for those who believe in the saving grace of the blood of Jesus. Those who do not accept this salvation will be cast into Hell to die eternally. Be an overcomer and not a coward! Pastor Quint Betts accepted the Lord in 1990 and has been serving the Lord ever since. He is originally from Riverside, California and married Yolanda in 1995. They have 3 children, Mephibosheth, Grace, and Joshua. Quint attended the School of Ministry at Calvary Chapel Costa Mesa in 2007 – 2009. The Lord called Quint and his family to Clovis, NM in 2010. He is the Senior Pastor at Calvary Chapel Clovis. 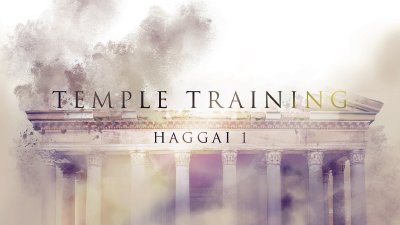 The Jews were sent back to Jerusalem to rebuild the temple, but all they did was make excuses and those excuses turned to compromises. Haggai came to tell them to "put their heart on the path," and get the job done! God has a purpose for you as His temple. Put your heart on the path (Consider your ways), stop making excuses, and get your job done. Pastor Doug has been on staff since September 2005. He currently oversees all aspects of ministry at Grace. Doug attended and graduated from Calvary Chapel Bible College in California, England, and Spain. He is married to Kimberly and they are blessed with four children. Doug enjoys reading, cold weather, and sports. 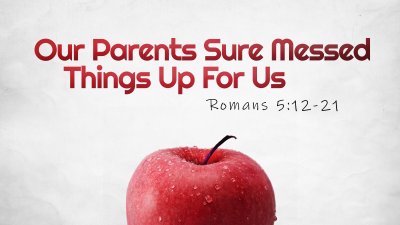 Our Parents Sure Messed Things Up for Us

You were born with a sin nature. You can thank your parents for that, and they got their sin nature from their parents. We can take our sin all the way back to Adam and Eve. When they took a bite of the forbidden fruit sin entered the World. One man (Adam) caused sin to enter the world, but one man (Jesus) came to take it away. You are justified through Christ. Now, you need to live that way! Mike was born and raised in NM. He had very little exposure to Jesus but was introduced to new age spirituality at a young age by a family friend. By the time he was in college, he was a drug-addicted, violent, angry, guy who hated Jesus, the Bible, Christians, and Christianity. By Easter 2000 he had tried everything from Buddhism to Wicca Witchcraft in his search for answers and that's where Jesus met him. He gave his life to Christ that day and the Lord spent the next several years healing him and renewing his mind. In September 2009 he answered the Lord's call to pastor Calvary Chapel Estancia Valley where he is currently committed to passionately teaching the Bible and reaching the lost for Christ. 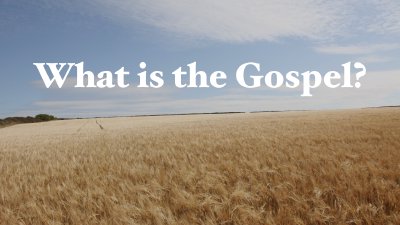 What is the Gospel?

The Gospel means good news, but something that is often overlooked is the "Bad News" of the Gospel. You can't have the "Good News" without the "Bad News." The Bible tells us we deserve nothing but death, but Jesus saves us and gives us life! We don't have to do anything but give up and accept Jesus and we will have that life eternally. The Gospel isn't "Try Harder" it's "Give Up!" Josh Brown is a Worship Arts Pastor at Radiant Life Church in Sturgis Michigan. He also serves as CEO of His Productions, a media production agency. Josh and his wife Lisa have been married for almost 19 years and have 4 beautiful children. 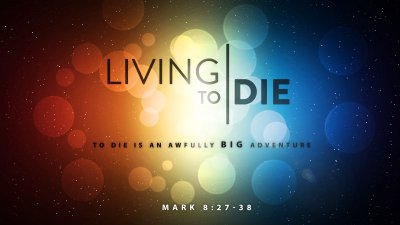 Living to Die - It's an Awfully Big Adventure to Die

Many times what people say about Jesus is more what they want Him to be rather than who He really is. We need a Kingdom perspective adjustment. We need to understand that we are citizens of God's Kingdom and we need to represent it to those around us. Pastor John has been pastoring the church in Ruidoso for 21 years. In August He and Devin will be moving to Nashua New Hampshire to plant a new work. He and Devin have been married for 32 years. They have 5 children, all grown and serving the Lord, and five grandchildren. Prior to pastoring John and Devin led worship and John served as Assistant Director of the Albuquerque Rescue Mission. 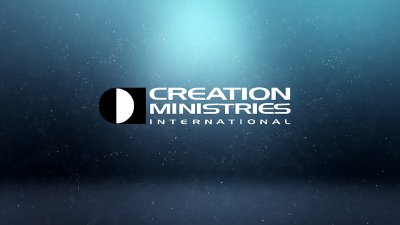 Has anyone ever questioned your faith using "science?" What about the 6 days of Creation, Where do the Dinosaurs fit into creation, How did all of the animal fit on the ark? There is scientific evidence to defend your faith in God's creation of the world. Creation Ministries International has material to help you share this information with your friends, family, and anyone else you that wants to come against the Bible's description of creation. After Scott was converted to Christ at the age of 19, he received a B.A. in Religious Studies from Oregon State University. His education still left him with doubts regarding the inconsistencies between evolution, science, world history, and a straight-forward reading of the Bible. Years later, a friend who was a paleontologist demonstrated to him how scientific evidence actually makes more sense when interpreted within the clear context of the Bible's account of history. This, along with Creation magazine, ignited a blaze in Scott to seek answers to the nagging doubts that plagued him. Once he realized that science and the Bible were not at odds with each other, he experienced a sustained joy, a renewed commitment to the Word of God, as well as a bold desire to share this life-changing message with others. Scott now uses this conviction to impact our culture with easy-to-understand presentations that uphold the authority of God's Word and is one of CMI–US’s most effective and popular speakers. Scott also desires to challenge others to equip themselves to be ready with answers (1 Peter 3:15) to impact their world. ​Before becoming a speaker for CMI, Scott was the senior executive for one of the largest construction firms in Northern California. This helped equip him for his current role as CMI–US’s Chief Operating Officer (COO). Scott also served in ministry for over 25 years as a youth pastor, teacher, speaker, and key leader in a church plant. In a volunteer capacity, Scott was also CMI’s West Coast speaker and representative. Scott and his wife Lisa have 4 adult children, 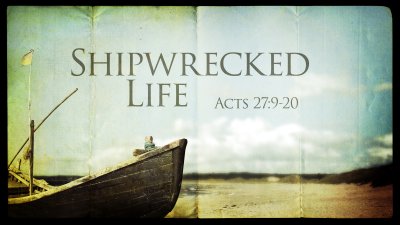 Where do you run when life gets messy? Much like a physical shipwreck in the life of Paul, our souls can get shipwrecked too. Many times we try to avoid the wreck with things other than Jesus. We even attempt to sustain ourselves with good things like church. Jesus is the only one to cling to. Pastor Ben has been the Senior Pastor of Calvary Chapel Lubbock since 2003. He loves teaching the word of God and has an incredible gift of evangelism. His heart is to see everyone saved and walking with Jesus. Ben and Nathalie have been married for over 31 years and have 2 grown daughters and one beautiful grand-daughter. He can be heard on his daily radio show "In-Christ Radio" throughout the Panhandle and West Texas.