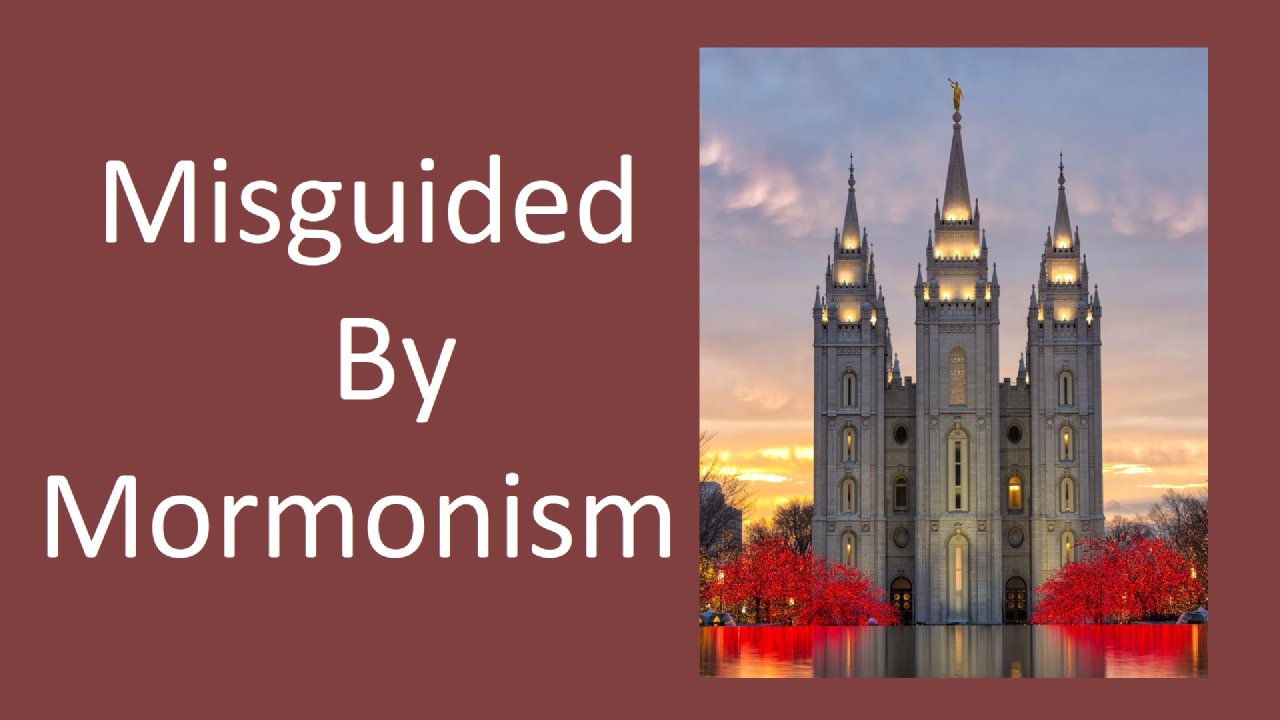 “Sola Fide” (Sola Fe-day), “By Faith Alone” is one of the essential doctrines of the Christian faith that cannot be found within the Mormon Church. To a Christian, “By Faith Alone” means that you are saved by your belief in the sacrificial death of Jesus Christ Alone, excluding any works of your own for your salvation. True Christians trust in the Bible when it says in Ephesians 2:8-9, “For it is by grace you have been saved, through faith – and this is not from yourselves, it is the gift of God – not by works, so that no one can boast.” Yet Mormonism teaches a grace plus works doctrine. In the Book of Mormon in 2 Nephi 25:23 it says, “for we know that it is by grace that we are saved, after all we can do.” AFTER ALL WE CAN DO? This is definitely NOT a Christian Belief! Mormon leaders have even gone so far as to claim that this doctrine of “faith alone” was “originated by Satan” Himself! For example, Apostle Spencer W. Kimball (who later became 12th Prophet) said in his book, The Miracle of Forgiveness, page 206: “One of the most fallacious doctrines originated by Satan and propounded by man is that man is saved alone by the grace of God; that belief in Jesus Christ alone is all that is needed for salvation.” And the Mormon Church cited this statement in their LDS Church manual entitled, “Book of Mormon Student Manual Religion 121 and 122,” 1989 edition, p. 36. Now ask yourself, how can the Mormon Church be considered Christian when they teach that man is not saved by the doctrine of faith alone? This doctrine forms the very foundation of the Biblical Gospel. To deny salvation by faith alone is to reject the full sufficiency of Christ’s atonement. By teaching that faith alone is not enough, Mormons claim you must work your way to the highest level of Heaven by being Temple-worthy & obeying certain laws & ordinances set up by the Mormon Church. These include tithing a full 10% of your income and being baptized by a man holding the Mormon Melchezideck Priesthood. Yet, the Bible says Romans 10:9: If you declare with your mouth, “Jesus is Lord,” and believe in your heart that God raised him from the dead, you will be saved.” We want you to know that belief in Jesus Christ ALONE is sufficient for your salvation. You are saved by faith… not by your works, so that no one can boast!

More from Misguided by Mormonism 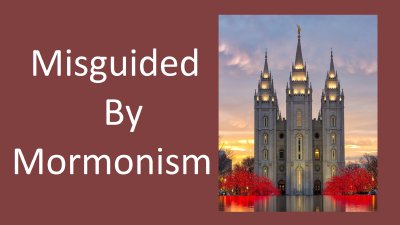 MG-01 - Witnessing to Mormons Using Their Own Church History

Have you ever considered sharing your Christian Faith with a Mormon friend, coworker or neighbor? For the first time in the History of the Mormon Church, authentic and realistic Mormon Doctrine and History are now available to you and the Mormon People on the Gospel Topics’ section of the Mormon Church’s official website. These incredibly insightful documents now state as a Fact of Mormonism, that Joseph Smith repeatedly lied to his first wife Emma. That he, Joseph Smith had up to 40 wives to include 12 to 14 wives of other men, whom he secretly married behind Emma’s back. Many of these relationships the Mormon Church now admits included the “possibility” of sexual relationships. Why does this information matter? Because it reveals the character of Joseph Smith, that he was NOT qualified to be called as one of God’s latter-day prophets. The Bible proclaims that a Bishop or Elder in a Christian church “…must be blameless, the husband of one wife…” (1 Timothy 3:2, Titus 1:5-6). If you are a Mormon or you have friends and loved ones involved in Mormonism, We stand with you in reaching them with the Truth of Christ as proclaimed in the Bible.

MG-03 - Does Mormonism Teach that God was Once a Man?

Mormons often wonder, “Why would anyone feel the need to question if Mormons are Christian? Even the name of the Church reflects the Mormon belief in Jesus Christ.” They are proud to be called a members of “The Church of Jesus Christ of Latter-day Saints.” Yet fundamentally, the Mormon Church teaches a different Jesus Christ than the One proclaimed in the Bible. In Mormonism, Jesus Christ is called our Elder Brother and the Brother of Satan. Believing that He is literally the Son of God, they teach that He is the product of a physical relationship between “Heavenly Father” and one of his so-called “Heavenly Mother” goddess wives. As a result of this teaching, Mormons deny the eternality of God the Father and claim that He earned his godhood by living upon an earth like us. Teaching that every human being has the opportunity to progress to become a god like God the Father, the Mormon Gospel Topics Essay entitled, “Becoming Like God,” quotes the Mormon Prophet Lorenzo Snow, as stating, “As man now is, God once was: As God now is, man may be.” It is the very nature and character of God that sets Mormonism apart from Christians. The God of the Bible says at Malachi 3:6, “For I am the Lord. I change not.” God also tells us in Isaiah 43:10, “…before me there was no God formed, neither shall there be after me.” Mormonism clearly does not agree with God’s Word in the Bible. He never progressed from a mortal man to become a God because He has always been God (Psalm 90:2). So, I do not see how the Mormon Church can claim that they are Christian when they have changed the very nature and character of God as spoken of by God Himself in the Bible. ADDITIONAL THOUGHTS: If the Mormon teaching were true that God was once a man “like” us, wouldn’t that make him once a sinner “like” us? Since Jesus was “without sin,” (Hebrew 4:15), how could He do something His Father couldn’t do? Mormonism perverts the nature of God and falls under the condemnation of Romans 1:22-23, which teaches that fools “changed the glory of the uncorruptible God into an image made like to corruptible man.” The Bible is clear that no gods were formed “before” or “after” the God of the Bible (Isaiah 43:10). He alone is the “…Alpha and Omega, the beginning and the end, the first and the last” God, the “Almighty” at Revelation 22:13 and Revelation 1:8. Being the “Almighty” God, He can have no equal.