Rules for the Road

Whether it’s in the car, or just in life, we want to help you navigate the ups and downs and get where you want to go. You’re gonna need some rules for the road. 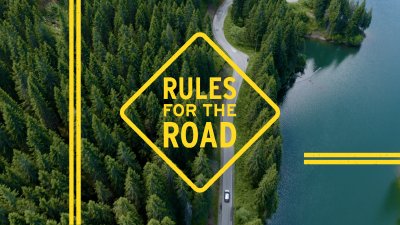 The Power is in the Question

A question sends you on a journey and often in search of something valuable. John 1:37-39 When the two disciples heard him say this, they followed Jesus. 38 Turning around, Jesus saw them following and asked, “What do you want?” They said, “Rabbi” (which means “Teacher”), “where are you staying?” “Come,” he replied, “and you will see.” So they went and saw where he was staying, and they spent that day with him. It was about four in the afternoon. Psalm 42:1 As the deer pants for streams of water, so my soul pants for you, my God. Luke 7:36-50 When one of the Pharisees invited Jesus to have dinner with him, he went to the Pharisee’s house and reclined at the table. A woman in that town who lived a sinful life learned that Jesus was eating at the Pharisee’s house, so she came there with an alabaster jar of perfume. As she stood behind him at his feet weeping, she began to wet his feet with her tears. Then she wiped them with her hair, kissed them and poured perfume on them. When the Pharisee who had invited him saw this, he said to himself, “If this man were a prophet, he would know who is touching him and what kind of woman she is—that she is a sinner.” Jesus answered him, “Simon, I have something to tell you.” “Tell me, teacher,” he said. “Two people owed money to a certain moneylender. One owed him five hundred denarii, and the other fifty. Neither of them had the money to pay him back, so he forgave the debts of both. Now which of them will love him more?” Simon replied, “I suppose the one who had the bigger debt forgiven.” “You have judged correctly,” Jesus said. Then he turned toward the woman and said to Simon, “Do you see this woman? I came into your house. You did not give me any water for my feet, but she wet my feet with her tears and wiped them with her hair. You did not give me a kiss, but this woman, from the time I entered, has not stopped kissing my feet. You did not put oil on my head, but she has poured perfume on my feet. Therefore, I tell you, her many sins have been forgiven—as her great love has shown. But whoever has been forgiven little loves little.” Then Jesus said to her, “Your sins are forgiven.” The other guests began to say among themselves, “Who is this who even forgives sins?” Jesus said to the woman, “Your faith has saved you; go in peace.”

We can be led to believe that asking for help is weak, when in fact asking for help can be the strongest thing you ever do. God wants us to strengthen our relationships with one another by asking for His wisdom for our lives from godly people in our lives. Exodus 18 Listen now to me and I will give you some advice, and may God be with you. You must be the people’s representative before God and bring their disputes to him. Teach them his decrees and instructions, and show them the way they are to live and how they are to behave. But select capable men from all the people—men who fear God, trustworthy men who hate dishonest gain—and appoint them as officials over thousands, hundreds, fifties and tens. Have them serve as judges for the people at all times, but have them bring every difficult case to you; the simple cases they can decide themselves. That will make your load lighter, because they will share it with you. If you do this and God so commands, you will be able to stand the strain, and all these people will go home satisfied.” Moses listened to his father-in-law and did everything he said.

Do you ever feel like life can be always running, and you never have time for a rest? We can build a lifestyle of health and wholeness by following God's command to take a sabbath rest. A weekly sabbath rest is a day when we do no work, and we will find that it is a day that is blessed, holy, and a way we can express our trust that God is the one in control. Exodus 20 “Remember the Sabbath day by keeping it holy. Six days you shall labor and do all your work, but the seventh day is a sabbath to the Lord your God. On it you shall not do any work, neither you, nor your son or daughter, nor your male or female servant, nor your animals, nor any foreigner residing in your towns. For in six days the Lord made the heavens and the earth, the sea, and all that is in them, but he rested on the seventh day. Therefore the Lord blessed the Sabbath day and made it holy."

It's called the driving force of the economy. Comparison, envy, jealousy, coveting. We spend so much of our lives looking to the people around us and wonder why we don't have the good things they have. How can we appreciate and enjoy what we have been given in this life? Proverbs 14 A heart at peace gives life to the body, but envy rots the bones. Ecclesiastes 4 And I saw that all toil and all achievement spring from one person’s envy of another. This too is meaningless, a chasing after the wind. Fools fold their hands and ruin themselves. Better one handful with tranquillity than two handfuls with toil and chasing after the wind.

We all have regrets - things in our past we wish we could do over again. Rather than dwelling on the past, ignoring the past, or denying the past, you can choose to align yourself with God’s perspective - conscious of the full measure of the consequences of your decisions AND the full measure of his forgiveness, his love, and his grace. In doing so, you will find freedom, salvation, and the power to leverage your past for a better future. 2 Corinthians I am not sorry that I sent that severe letter to you, though I was sorry at first, for I know it was painful to you for a little while. Now I am glad I sent it, not because it hurt you, but because the pain caused you to repent and change your ways. It was the kind of sorrow God wants his people to have, so you were not harmed by us in any way. For the kind of sorrow God wants us to experience leads us away from sin and results in salvation. There’s no regret for that kind of sorrow. But worldly sorrow, which lacks repentance, results in spiritual death. Just see what this godly sorrow produced in you! Such earnestness, such concern to clear yourselves, such indignation, such alarm, such longing to see me, such zeal, and such a readiness to punish wrong. You showed that you have done everything necessary to make things right.

“Be strong and courageous, for you are the one who will lead these people to possess all the land I swore to their ancestors I would give them. Be strong and very courageous. Be careful to obey all the instructions Moses gave you. Do not deviate from them, turning either to the right or to the left. Then you will be successful in everything you do. Study this Book of Instruction continually. Meditate on it day and night so you will be sure to obey everything written in it. Only then will you prosper and succeed in all you do. This is my command—be strong and courageous! Do not be afraid or discouraged. For the Lord your God is with you wherever you go.” Joshua 1 Oh, how I love your law! I meditate on it all day long. Your commands are always with me and make me wiser than my enemies. I have more insight than all my teachers, for I meditate on your statutes. I have more understanding than the elders, for I obey your precepts. Psalm 119 Blessed is the one...whose delight is in the law of the LORD, and who meditates on his law day and night. Psalm 1