May 5th, 2017 as the First National Day of Awareness for Missing and Murdered Native Women and Girls

In 2005, the movement for the safety of Native women led the struggle to include under the Violence Against Women Act a separate title for Native women called Safety for Indian Women. One of the findings of this title was that during the period of 1979 through 1992, homicide was the third-leading cause of death of Indian females aged 15 to 34, and 75 percent were killed by family members or acquaintances. Since that time, a study by the U.S. Department of Justice has found that in some tribal communities, American Indian women face murder rates that are more than 10 times the national average. Over the last decade awareness of this national issue has increased but more must be done at all levels to stop the disappearances and save lives. To address an issue it must first be acknowledged. Please join us on May 5th as we honor missing and murdered Indigenous women and together increase our national awareness. Partnering organizations: Alaska Native Women’s Resource Center, Healing Native Hearts Coalition, Indian Law Resource Center, Sacred Hoop Coalition, Native Women’s Society of the Great Plains, National Congress of American Indians.

The hardships imposed by COVID-19 are numerous, impacting advocates as individuals and their ability to provide advocacy, resources and shelter to domestic violence survivors. Stay-At-Home orders, social distancing and the other necessary steps intended to offer protection from COVID-19, often escalate the danger to victims of domestic violence and create barriers to safety. This webinar explores strategies advocates have created to navigate the challenges of the pandemic, including issues of self-care, shortages of personal protective equipment, outreach, crisis response, shelter and law enforcement and justice systems responses. With no end date in sight for the pandemic, long-term strategies are key to this discussion. Hope and resilience grow stronger when we come together. Hope you will join us!

Trauma Informed Advocacy in the Time of a Pandemic

Our whole world has changed, our whole way of life has been put on hold. These are truly trying and difficult times for so many people. Tribal domestic violence advocates are struggling to find their footing and respond as best they can under the circumstances, given the lack of resources, tribal infrastructures and an increase in domestic violence. Indigenous people and Tribal Nations experience multiple levels of trauma, including Historical Trauma. All this contributes to our response to the current pandemic. This important webinar will look at how historical trauma influences our responses to COVID-19. It will discuss the impact of social distancing on traditional and cultural practices and it will offer coping strategies that draw upon our spiritual and cultural strengths. As Indigenous Peoples we know that change is a part of our traditions, and this pandemic has brought about a lot of changes to the way we live, work and address safety in our communities. Please join NIWRC staffer Gwendolyn Packard and Maria Yellow Horse Brave Heart, Associate Professor of Psychiatry & Behavioral Sciences Division of Community Behavioral Health at the University of New Mexico as we look at trauma-informed advocacy in the time of a pandemic. 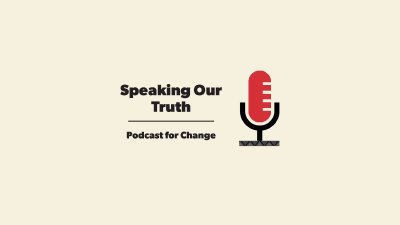 Issues of Violence Against Native Women with Jordan Marie Daniels