How Jesus Changes Everything 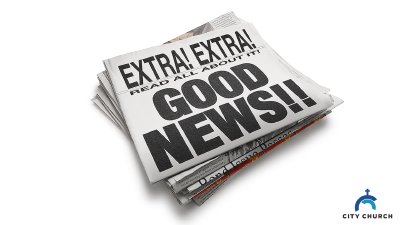 Rehearsing and Retelling Our Story

The First Half of the Story

God created Adam and Eve to be his "eikons", image-bearers that would reflect His goodness, beauty, creativity and love throughout the universe. But they didn't want to be ruled. They wanted to rule themselves and so the chain-reaction of sin and rebellion began. We have all inherited the "usurper" nature from our ancestor. The Tower of Babel is the story of man trying to create a stairway to heaven, replacing their need for God. Abraham was another attempt to create a brand new people, chosen people who would reflect God's goodness and love and truth to the world. But they too failed. The Kings were another iteration. But if you know the story, each king failed--some spectacularly so. The prophets came behind and warned Israel that their disobedience would lead to judgment in the form of slavery, poverty and death. And they wrote about a better king, a better prophet who would come and right everything wrong. This fly-over through the Hebrew Bible will give you a critical 30,000 foot view to see how Jesus not only helps you, but how he answers the brokenness seen in creation and the fall.

Welcome to a brand new teaching series! What is the point of Christianity? Is Christianity relevant in the 21st century? Is there any good news for Christianity to offer our world? Today, we are going to look at the gospel that the Apostles of Jesus spread throughout their world. Biblical scholars believe that 1 Corinthians 15:3-5 is the first Christian creed that was recited within the first few years of this brand new movement. In this series, we are going to see how bigger, deeper, wider and richer the good news of Christianity truly is. It is much wider than just me. It is much deeper than just going to heaven when I die. It is much bigger than the church. And the good news is far richer than we ever understood. We pray that this message and this series encourages you to embrace Jesus all over again, and that your devotion will shine much light where God carries you!