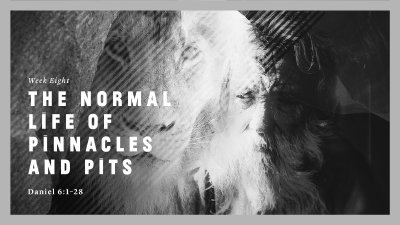 Daniel #8 - The Normal Life of Pinnacles and Pits

Daniel 6:1-28 | On both sides of biblical faith are the ditches of fatalism and presumption. Fatalism says, “What will be, will be.” Presumption says, “What I say, will be.” But true faith says, “I trust God, whatever may be.” Daniel, now an old man in his final years, shows us what it looks like to trust God publicly and prayerfully, even under the shadow of life’s most difficult trials. 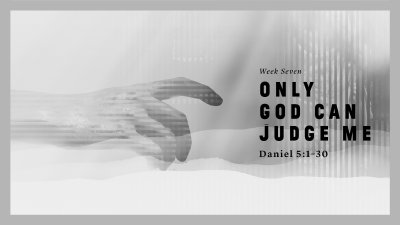 Daniel 5:1-31 | Just like Belshazzar, the story of humanity has been one of feasting on the edge of the grave. The writing is on the wall and the divine verdict is in: we have been numbered, weighed on God’s scale and found wanting, and are divided. It is here, at the point of despair, that the gospel breaks in with incredible news about what God has done to balance the scales. 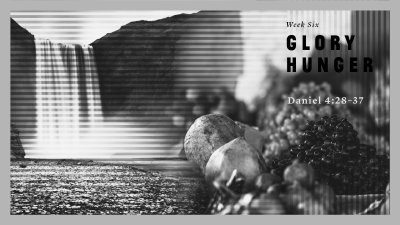 Daniel 4:28-37 | The human appetite for glory is as destructive as it is seductive. Nebuchadnezzar discovered what so many others have throughout Scripture and history: that those who exalt themselves destroy themselves. Our hunger for glory will never be satisfied, until like Nebuchadnezzar, we learn to treasure the glory of God above all else. 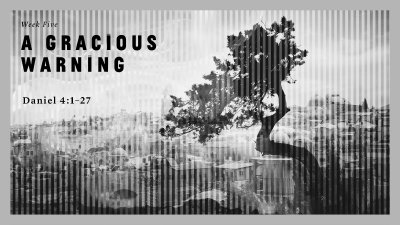 Daniel 4:1-27 | King Nebuchadnezzar has another frightening dream, and calls on Daniel to provide an interpretation. The dream shows him that he must either renounce his self-righteousness and control to God, or be cut down like the great tree in his dream. Like King Nebuchadnezzar, we are given a warning of judgement coming our way. The good news is we are also given a way out, by heeding God’s warning and returning to His ways. 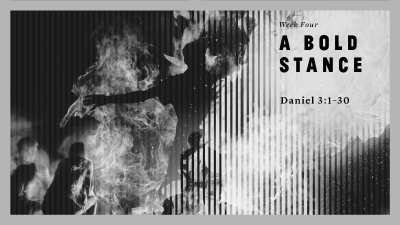 Daniel 3:1-30 | In this world Christians can be sure of two things: 1) They will have many fiery trials; 2) God will meet them in the fire. A gospel-shaped people have been given the power to love the world, without bowing to it. 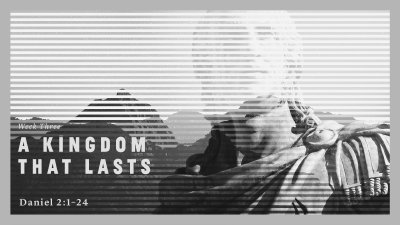 Daniel #3 - A Kingdom that Lasts

Daniel 2:24-49 | Daniel lived in the kingdom of the world, but he lived for a different King. Brought before a raging Nebuchadnezzar, God gives Daniel insight into both the king’s dream as well as its meaning and prophecies in advance the next four global empires as well as the coming of Christ. The wise men of the kingdom are spared execution, Daniel is promoted, and Nebuchadnezzar confesses, “Truly your God, is God of gods.” History shows us that kingdoms will rise and fall, but even the mightiest empires, rulers, and voices in our world amount to little more than broken sandcastles on the pages of God’s story. God’s kingdom is the only one that will endure, and it is growing, advancing, and filling the entire earth. Everybody is building somebody’s kingdom. Nebuchadnezzar’s dream confronts each of us with a question: am I living for a kingdom that is fading away, or the Kingdom that will last forever? 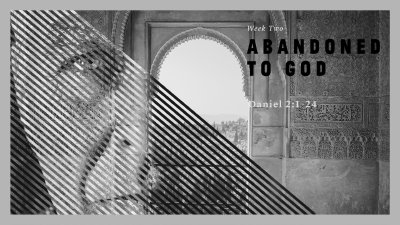 Daniel 2:1-24 | The story opens with a King plagued by nightmares and unable to sleep. Who will bring rest to a restless mind? Where worldly wisdom falls short, Godly revelation comes through. Through Daniel, God revealed a heavenly dream that made sense of King Nebuchadnezzar’s worldly nightmare. One of humanity’s greatest concerns is insecurity that one day our lives will come crumbling down. Into this dilemma comes a revelation of God’s goodness that is ultimately revealed in the person and work of Jesus Christ. He is the clearest revelation of God who ministers into our deepest anxieties and insecurities. The good news is that Jesus is the revelation the world has been looking for. 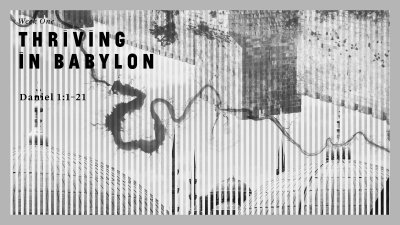 Daniel 1:1-21 | Daniel and his friends faced a seemingly impossible situation. Removed from their homeland and taken away as captives to Babylon, they now find themselves facing a powerful combination of isolation, indoctrination, seduction, and oppression. Babylon was dedicated to eradicating any remembrance of their true homeland, their true identity, and the true God. And yet in the midst of the most hostile city in the world, Daniel and his friends thrived. Like Daniel, believers today can thrive in cultural exile when we remember that God is in control and that God is with us. When we remember that God is in control, we grow in humility. When we remember that God is with us, we grow in courage. If we are to bless our surrounding culture without bowing to it, God’s people need both.