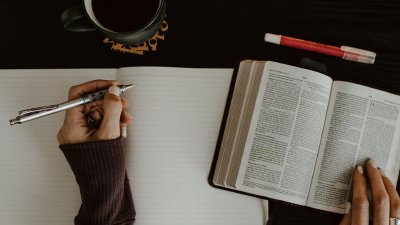 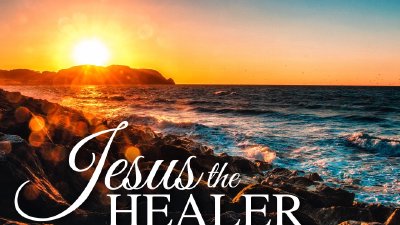 Heb 13:8 Jesus Christ is the same yesterday and today and forever. Matt 8 A LEAPER ASKED, IF YOU ARE WILLING YOU CAN MAKE ME WHOLE... Lev 14 THE DETAILS FOR THE OFFERING OF HEALING FOR A LEAPER. Mark 1 PETERS MOTHER IN LAW AND MANY CAME FROM ALL OVER TO BE HEALED... HE HEALED THEM ALL Luke 4:40 While the sun was setting, all those who had any who were sick with various diseases brought them to Him; and laying His hands on each one of them, He was healing them. John 4 A ROYAL OFFICAL WHO’S SON WAS SICK CAME TO JESUS AND ASKED FOR HELP. JESUS SAID, GO YOUR WAY YOU SON LIVES. AND THE MAN BELIEVED HIS WORD. JESUS IS A HEALING JESUS THE GREEK WORD SALVATION AND THE WORD HEALED ARE THE SAME. (AN ALL-INCLUSIVE WORD HE CAME TO DESTROY THE WORKS OF THE DEVIL 1John 3:8 The Son of God appeared (was manifest) for this purpose, that He might destroy the works of the devil. JESUS WAS THE WILL OF GOD IN ACTION Acts 10:38 “You know of Jesus of Nazareth, how God anointed Him with the Holy Spirit and with power, and how He went about doing good, and healing all who were oppressed by the devil; for God was with Him. Isaiah 53:1Who has believed our message? And to whom has the arm of the LORD been revealed? YLT Isaiah 53:3 He is despised, and left of men, A man of pains, and acquainted with sickness, And as one hiding the face from us, He is despised, and we esteemed him not. 4 Surely our sicknesses he hath borne, And our pains--he hath carried them, And we--we have esteemed him plagued, Smitten of God, and afflicted. 5 And he is pierced for our transgressions, Bruised for our iniquities, The chastisement of our peace [is] on him, And by his bruise there is healing to us. Matt 8:16 When evening came, they brought to Him many who were demon-possessed; and He cast out the spirits with a word, and healed all who were ill. 17 This was to fulfill what was spoken through Isaiah the prophet: “HE HIMSELF TOOK OUR INFIRMITIES AND CARRIED AWAY OUR DISEASES.” HEALING IS NOT A RESULT OF WHAT WE CAN DO. IT’S A RESULT OF WHAT JESUS HAS ALREADY DONE. 1 Pet 2:24 and He Himself bore our sins in His body on the cross, so that we might die to sin and live to righteousness; for by His wounds you were healed. ONE OF THE OLD TESTAMENT REDEMPTIVE NAMES OF GOD IS “JEHOVA RAPHA” THE LORD OUR HEALER (Exodus 15:26). John 3:14 As Moses lifted up the serpent in the wilderness, even so must the Son of Man be lifted up; so that whoever believes will in Him have eternal life. Numbers 21 GOD COMMANDED MOSES TO CONSTRUCT A BRONZE SERPENT AND PLACE IT ON A POLE... THIS WAS A TYPE AND SHADOW OF JESUS TAKING THE CURSE OF SIN AND SICKNESS UPON HIMSELF. Gal 3:13 Christ redeemed us from the curse of the Law, having become a curse for us—for it is written, “CURSED IS EVERYONE WHO HANGS ON A TREE”— 14 in order that in Christ Jesus the blessing of Abraham might come to the Gentiles, so that we would receive the promise of the Spirit through faith. Psalm 107:2 Let the redeemed of the LORD say so, Whom He has redeemed from the hand of the adversary 20 He sent His word and healed them, And delivered them from their destructions. Psalm 103:1 Bless the LORD, O my soul, And all that is within me, bless His holy name. 2 Bless the LORD, O my soul, And forget none of His benefits; 3 Who pardons all your iniquities, Who heals all your diseases; 4 Who redeems your life from the pit, Who crowns you with lovingkindness and compassion; 5 Who satisfies your years with good things, So that your youth is renewed like the eagle. John 6 JESUS REFERRED TO HIMSELF SEVERAL TIMES AS THE BREAD OF LIFE.

NAS 2 Cor 3:18 But we all, with unveiled face, beholding as in a mirror the glory of the Lord, are being transformed into the same image from glory to glory, just as from the Lord, the Spirit. THE NEED FOR TRANSFORMATION CHANGE SHOULD BE AN ONGOING EXPERIENCE. A PROGRESSIVE EVENT HERE... “FROM GLORY TO GLORY” CHANGE / TRANSFORMATION IS SOMETHING THAT WON’T HAPPEN UNLESS WE ACTIVELY PURSUE IT. 3 TYPES OF CHANGE – “HAPPENS TO US, HAPPENS AROUND US AND THOSE WE MAKE HAPPEN” WITHOUT CHANGE YOU STAGNATE. WITHOUT ONGOING TRANSFORMATION GOD CAN’T PROMOTE HIS PURPOSE IN OUR LIVES. THERE ARE TWO WAYS THE WORD REQUIRES US TO CHANGE 2 LEVELS OF CHANGE THAT HAVE TO OCCUR IT BEGINS WITH THE RENEWING OF THE MIND. KJV 2 Cor 5:17 therefore if any man be in Christ, he is a new creature: old things are passed away; behold, all things are become new. THIS IS AN ONGOING PROCESS – WE NEVER ARRIVE… NLT Rom 12:2 Don’t copy the behavior and customs of this world, but let God transform you into a new person by changing the way you think. Then you will learn to know God’s will for you, which is good and pleasing and perfect. THE MOMENT YOU BECOME A CHRISTIAN, CHANGE IS MANDATED BY GOD WHEN WE GET SAVED, WE NOW HAVE FOR THE FIRST TIME THE CAPACITY TO CHANGE! PAUL CALLS THIS; PUTTING ON THE NEW MAN! THE FIRST INDICATOR THAT WE HAVE REALLY MADE A COMMITMENT TO THE LORD IS THAT THINGS BEGIN TO CHANGE BECAUSE WE UNDERSTAND THE NEED TO TAKE CERTAIN STEPS IN OUR LIFE TOWARD CHANGE. NAS Rom 7:15 for that which I am doing, I do not understand; for I am not practicing what I would like to do, but I am doing the very thing I hate. 16 But if I do the very thing I do not wish to do, I agree with the law, confessing that it is good. 17 So now, no longer am I the one doing it, but sin which indwells me. 18 For I know that nothing good dwells in me, that is, in my flesh; for the wishing is present in me, but the doing of the good is not. 19 For the good that I wish, I do not do; but I practice the very evil that I do not wish. 22 For I joyfully concur with the law of god in the inner man, 23 but I see a different law in the members of my body, waging war against the law of my mind, and making me a prisoner of the law of sin which is in my members. 24 Wretched man that I am! who will set me free from the body of this death? 25 Thanks be to god through Jesus Christ our Lord! So then, on the one hand I myself with my mind am serving the law of god, but on the other, with my flesh the law of sin. THE LAW OF THE MIND IS THIS; WHAT WE MEDITATE ON IS WHAT PRODUCES BEHAVIOR. JOSH 1:8, GEN 11 YOUR MIND HAS THE CAPACITY TO PRODUCE IMAGERY CONSISTENT WITH YOUR DESIRE AND THAT GIVES LIFE, DIRECTION, MOTIVATION AND MOMENTUM. IT’S A “LAW”! THE LAW OF THE MIND IS THIS; “THE THINGS YOU IMAGINE TO DO IS WHAT YOU WILL DO” NAS Rom 8:5 For those who are according to the flesh set their minds on the things of the flesh, but those who are according to the spirit, the things of the spirit. 6 For the mind set on the flesh is death, but the mind set on the spirit is life and peace, 7 because the mind set on the flesh is hostile toward God; for it does not subject itself to the law of god, for it is not even able to do so; 8 and those who are in the flesh cannot please God. Josh 1:8 This book of the law shall not depart from your mouth, but you shall meditate on it day and night, so that you may be careful to do according to all that is written in it; for then you will make your way prosperous, and then you will have success. THE LAW OF THE MIND IS THE WAY WE OVERCOME THE TENDANCY TO DO WRONG! WE’VE GOT TO BEGIN THINKING ON THE RIGHT THING! WRONG BEHAVIOR IS ALWAYS ROOTED IN WRONG THINKING! AMP 2 Cor 3:18 and all of us, as with unveiled face, [because we] continued to behold [in the word of God] as in a mirror the glory of the Lord, are constantly being transfigured into His very own image in ever increasing splendor and from one degree of glory to another; [for this comes] from the Lord [who is] the Spirit. THE WORD ALTERS OUR BEHAVIOR. KJV Eph 4:23 and be renewed in the spirit of your mind; 24 and that you put on the new man, which after God is created in righteousness and true holiness. PUT GOD’S THOUGHTS IN YOUR MIND. ISAIAH 55:8-9 THINK ON THE WORD TILL IT ALTERS YOUR BEHAVIOR IN EVERY AREA. MARRIAGE, SELF, WORK, FINANCES, HEALTH, RELATIONSHIPS KJV Phil 4:8 Finally, brethren, whatsoever things are true, whatsoever things are honest, whatsoever things are just, whatsoever things are pure, whatsoever things are lovely, whatsoever things are of good report; if there be any virtue, and if there be any praise, think on these things. CHANGE BEGINS BY PUTTING THE WORD OF GOD IN YOUR MIND