Witnessing to Mormons in Depth

Training with Marshall, Christy & Other Experts 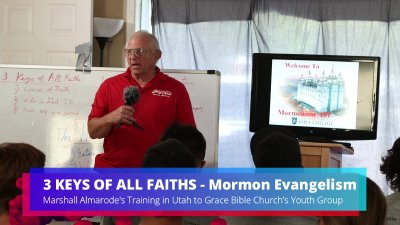 3 Keys of All Faiths - Marshall Almarode

Picking topics to discuss when witnessing to Mormons, it's important to recognize the 3 keys to understanding all faiths: 1.) What is Their Source of Truth? 2.) Who is God? 3.) How is Salvation Obtained? This training was presented to a youth group in Utah that was preparing to witness to Mormons. 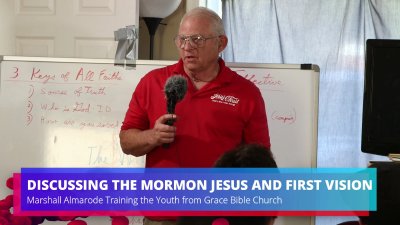 Talking to a group of youth in Utah, Marshall explained the differences between the Mormon Jesus and the Biblical Jesus. He also discussed problems in Joseph Smith's First Vision and the Mormon claim that there was a total apostacy of Christianity that required the faith to be restored by Joseph Smith.

Presenting the Gospel of Grace to Mormons

What do you say when your Mormon friend tells you that grace is too easy? In this presentation to a group of youth in Utah, Christy Darlington shows you how can you bring a Mormon to the end of the LDS gospel law requirements to recognize their need for grace alone in Christ. You can download the "Are You Prepared to Meet God" tract referenced in this video at: https://www.4mormon.org/are-you-prepared-to-meet-god/

In this training, Christy Darlington contrasts the Mormon View of Life with the Christian view of life based upon the teachings of the Bible. This presentation shows the vast differences between Mormonism and Biblical Christianity. You can download the Purpose of Life - Mormon Questions Answered article at: https://www.4mormon.org/purpose-of-life-mormon-questions-answered/ 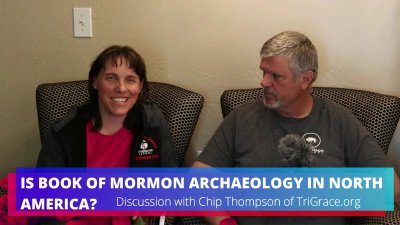 Is Book of Mormon Archaeology in North America?

While Mormon archaeologists have searched in vain to pinpoint an exact location for the Book of Mormon events, recent speculation among Mormon laity surrounds the North American model which places the events in the Ohio River Basin with the Hopewell and Adena cultures. Chip Thompson examines what trained archeologists have to say about these claims. Learn more at TriGrace.org 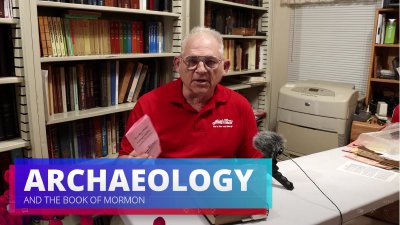 Archaeology and the Book of Mormon

In this video, Marshall discusses the problems with fitting the geography of the Book of Mormon to the traditional central American view believed by many Mormons. 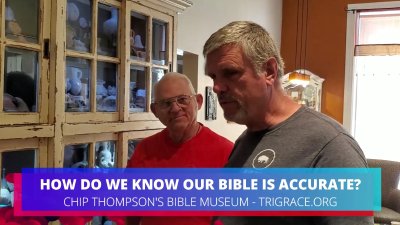 How Do We Know the Bible is Accurate?

This Bible Museum collected by Chip Thompson of TriGrace Ministry in Ephraim, Utah is one of the best displays of Biblical Archaeology, demonstrating that not only has the Bible been preserved throughout the centuries, but many key events in the Biblical events have been substantiated. Learn more at https://trigrace.org/ 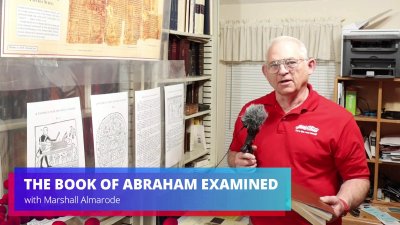 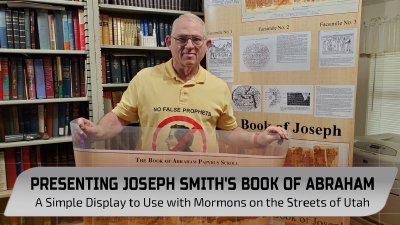 The Book of Abraham in the Pearl of Great Price is one of the most obvious fabrications of Joseph Smith. Even the LDS Church admits: “None of the characters on the papyrus fragments mentioned Abraham’s name or any of the events recorded in the book of Abraham. Mormon and non-Mormon Egyptologists agree that the characters on the fragments do not match the translation given in the book of Abraham, though there is not unanimity, even among non-Mormon scholars, about the proper interpretation of the vignettes on these fragments. Scholars have identified the papyrus fragments as parts of standard funerary texts that were deposited with mummified bodies. These fragments date to between the third century B.C.E. and the first century C.E., long after Abraham lived.” (Translation and Historicity of the Book of Abraham, Posted at LDS.org July 8, 2014) 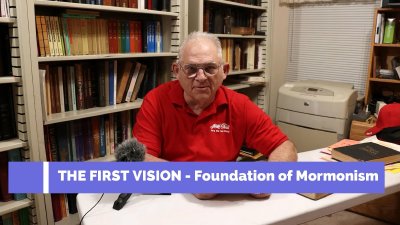 Joseph Smith's First Vision account separates Mormonism from every Christian denomination when it claims that God commanded Joseph Smith not to join any church because "they were all wrong" and "all" their creeds were an abomination to him. Stating that priesthood authority was lost on earth when the apostles died, the Mormon Church justifies their "authority" to operate the saving ordinances of the gospel through the restoration of the priesthood they claim was given to Joseph Smith. However Mormon Scripture claims some of Jesus' apostles never died so there couldn't be a total apostasy of the church needing "restoration" through Joseph Smith. 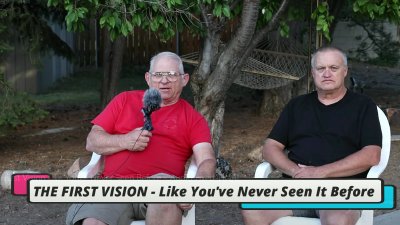 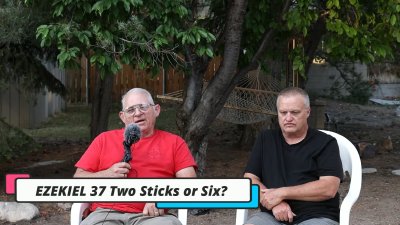 The prophet Ezekiel inscribes two “sticks", one for Judah and one for Joseph, in Ezekiel 37:15–28. While this display was to demonstrate God's plan to reunite the kingdoms of Judah and Israel, Mormons claim these two sticks signify the Bible and the Book of Mormon. If these "sticks" are to denote two sources of spiritual truth, why don't we have six sticks since LDS rely upon many more sources for spiritual instruction? 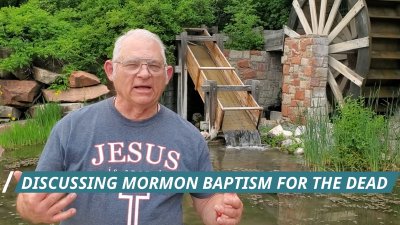 Discussing Mormon Baptism for the dead

Claiming this practice is based on 1 Corinthians 15:29, members of the Church of Jesus Christ of Latter-day Saints believe that baptism for the dead provides a way for them to redeem their relatives who didn't have an opportunity to accept Mormon ordinances prior to death. This practice of baptism on behalf of the dead becomes of means of ensuring that if their relatives decide to accept the Mormon gospel after they die, they can make it to higher levels of heaven afterward. In this video, we examine their claims in light of the context of 1 Corinthians 15 and Alma 34 in the Book of Mormon. 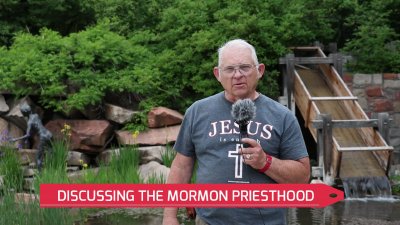 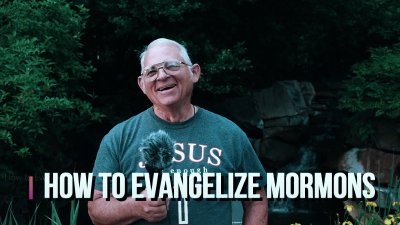 How to Evangelize Mormons

How can you deal with the Mormon who tells you that you don't understand Mormonism and therefore doesn't want to listen to what you have to say? Learn how to get Mormons to listen to you by using their own Scriptures and verses like Moroni 10:3-5 to cause them to see Mormonism differently.