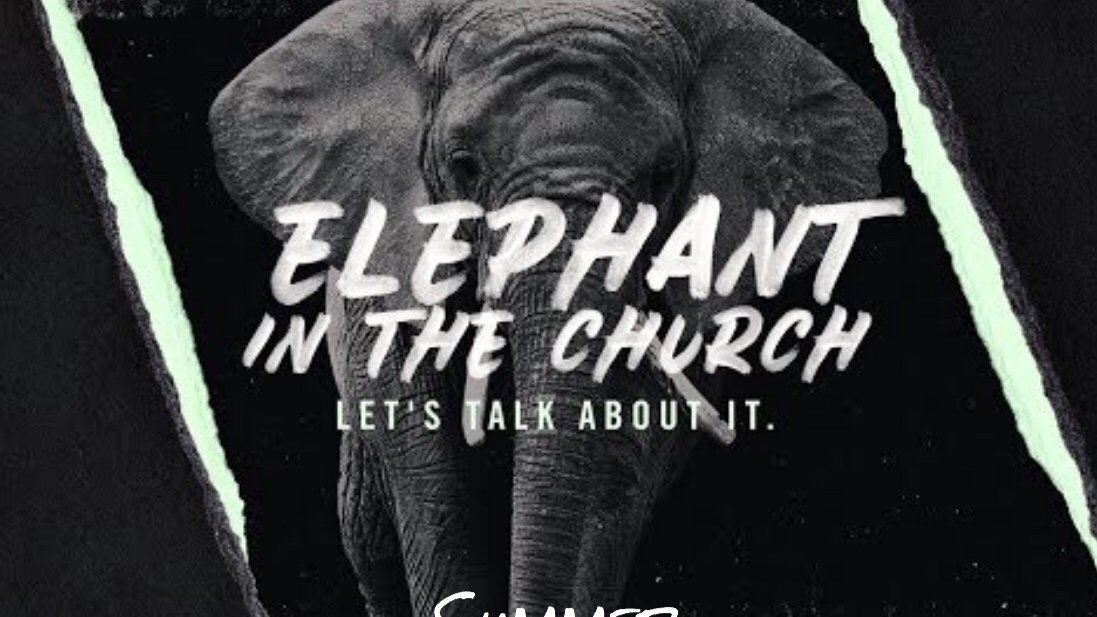 Elephant in the Church II - "Homosexuality"

Elephant II “Homosexuality and the church” ELEPHANT II “Homosexuality” Intro: Sensitive Subject Gen 3:1 Now the serpent was more crafty than any other beast of the field that the LORD God had made. He said to the woman, “Did God actually say, ‘You shall not eat of any tree in the garden’?” Gen 3:2 And the woman said to the serpent, “We may eat of the fruit of the trees in the garden, Gen 3:3 but God said, ‘You shall not eat of the fruit of the tree that is in the midst of the garden, neither shall you touch it, lest you die.’” Fractured Universe Rom 1:18 For the wrath of God is revealed from heaven against all ungodliness and unrighteousness of men, who by their unrighteousness suppress the truth. Rom 1:19 For what can be known about God is plain to them, because God has shown it to them. Rom 1:20 For his invisible attributes, namely, his eternal power and divine nature, have been clearly perceived, ever since the creation of the world, in the things that have been made. So they are without excuse. Rom 1:21 For although they knew God, they did not honor him as God or give thanks to him, but they became futile in their thinking, and their foolish hearts were darkened. Rom 1:22 Claiming to be wise, they became fools, Rom 1:23 and exchanged the glory of the immortal God for images resembling mortal man and birds and animals and creeping things. I’ve got this. I don’t want You, just Your stuff Rom 1:24 Therefore God gave them up in the lusts of their hearts to impurity, to the dishonoring of their bodies among themselves, Rom 1:25 because they exchanged the truth about God for a lie and worshiped and served the creature rather than the Creator, who is blessed forever! Amen. This is why worship of idols happens More about me than God. Rom 1:26 For this reason God gave them up to dishonorable passions. For their women exchanged natural relations for those that are contrary to nature; Rom 1:27 and the men likewise gave up natural relations with women and were consumed with passion for one another, men committing shameless acts with men and receiving in themselves the due penalty for their error. Rom 1:28 And since they did not see fit to acknowledge God, God gave them up to a debased mind to do what ought not to be done Two Letter Answer from God: O. K. Passive wrath _*Arguments heard about Homosexuality:*_ *Jesus never talks about it* *Other animals do it why would we* *If I desire it, It must be ok* _*Christian response:*_ *Love and Patience* *Stop Gauging Sin* *Truth and Love* Podcast: -Why is this subject so sensitive in the church? -What are some ways the church has handled this wrongly in past and even today? -Talk about the arguments for homosexuality. -What should be our response?

More from Elephant in the Church (Summer Sermon Series) 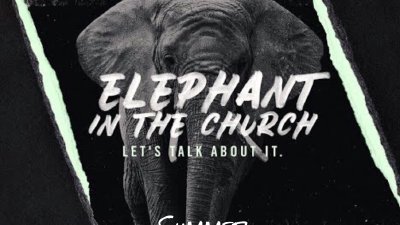 1) What does the Bible say about tobacco use? 2) Is it wrong for some of us in the church that have never been addicted to alcohol, to get together and have a drink while we are hanging out? 3) I have a past with alcoholism. I have friends at OFC that occasionally have a drink when they get together. I would love to be able to hang out with them. What should I do? 4) Many people have been divorced and remarried. Isn't that a sin unless adultery has been committed? What does one do, continue to live in sin by the re-marriage or get another divorce? Matthew 19:3-11

Elephant in the Church VI - "Slow Fade of the Church"

Elephant VI Elephant VI “Slow Fade of the Church” Rev 2:3 I know you are enduring patiently and bearing up for my name's sake, and you have not grown weary. Rev 2:4 But I have this against you, that you have abandoned the love you had at first. Rev 2:5 Remember therefore from where you have fallen; repent, and do the works you did at first. If not, I will come to you and remove your lampstand from its place, unless you repent. 5 things that kill church growth and the solutions- Traditions of men Problem- Everyone wants change but nobody wants to change (change creates incompetence- Atlas (Definition of insanity) Solution- marry the mission but date the method Col 2:8 See to it that no one takes you captive by philosophy and empty deceit, according to human tradition, according to the elemental spirits of the world, and not according to Christ. 2. Avoidance of conflict Problem- Church discipline is avoided, hard conversations are avoided. (some people want to be offended so they will not confront) Solution- Be bold in your obedience and faith as well as follow to the letter the Word Mat 18:15 “If your brother sins against you, go and tell him his fault, between you and him alone. If he listens to you, you have gained your brother. Mat 18:16 But if he does not listen, take one or two others along with you, that every charge may be established by the evidence of two or three witnesses. Mat 18:17 If he refuses to listen to them, tell it to the church. And if he refuses to listen even to the church, let him be to you as a Gentile and a tax collector. Mat 18:18 Truly, I say to you, whatever you bind on earth shall be bound in heaven, and whatever you loose on earth shall be loosed in heaven. Mat 18:19 Again I say to you, if two of you agree on earth about anything they ask, it will be done for them by my Father in heaven. Mat 18:20 For where two or three are gathered in my name, there am I among them.” 3. Debt Problem- Finances hinder the movement from church and individuals Solution- Live with freedom and generosity Those that manage their money have a better situation in society but debt keeps the poor poor Pro 22:7 The rich rules over the poor, and the borrower is the slave of the lender 4. Congregational polity Problem- Unspiritual decision makers Solution- Accountable decision makers 5. Success Problem- Treadmill of the glory days Solution- constantly stretch and reach further, dream big, pray big and risk (faith) Conclusion: Are you holding back growth in the church? How are you accelerating it?

Elephant in the Church V - "Addiction"

Elephant V “Addiction” Intro: Addiction is no respecter of person. Because we all have addictions, we tend to come against the minority of addictions (Drugs etc.) and embrace the majority (food, money, sports). *Rom 7:15* For I do not understand my own actions. For I do not do what I want, but I do the very thing I hate. *Rom 7:22* For I delight in the law of God, in my inner being, *Rom 7:23* but I see in my members another law waging war against the law of my mind and making me captive to the law of sin that dwells in my members. - Paul basically says he is an addict. He does things he does not want to do and this is by definition the essence of addiction. *Isa 44:9* All who fashion idols are nothing, and the things they delight in do not profit. Their witnesses neither see nor know, that they may be put to shame. - We agree with this until we put it into context *Isa 44:14* He cuts down cedars, or he chooses a cypress tree or an oak and lets it grow strong among the trees of the forest. He plants a cedar and the rain nourishes it. - Addictions starts as a good thing, a normal expected thing. *Isa 44:15* Then it becomes fuel for a man. He takes a part of it and warms himself; he kindles a fire and bakes bread. Also *he makes a god and worships it*; he makes it an idol and falls down before it. *Isa 44:16* Half of it he burns in the fire. Over the half he eats meat; he roasts it and is satisfied. Also he warms himself and says, “Aha, I am warm, I have seen the fire!” - Notice the shift in a good thing becoming a bad thing. * *1Co 6:12* “All things are lawful for me,” but not all things are helpful. “All things are lawful for me,” but I will not be dominated by anything. * All things are made for our good until… *Isa 44:17* And the rest of it he makes into a god, his idol, and falls down to it and worships it. He prays to it and says, “*Deliver me*, for you are my god!” - Something becomes an idol when we abuse it and then it becomes something we turn to and obey. *Isa 44:18* *They know not, nor do they discern*, for he has shut their eyes, so that they cannot see, and their hearts, so that they cannot understand. * We think its no big deal- “It’s just a pastime” “It’s just a donut” “It’s just a little something to get me by”, “I don’t have a problem” *Isa 44:19* No one considers, nor is there knowledge or discernment to say, “Half of it I burned in the fire; I also baked bread on its coals; I roasted meat and have eaten. And shall I make the rest of it an abomination? *Shall I fall down before a block of wood?”* * From the outside looking in, it would seem foolish that something so simple would control our lives. *Isa 44:20* He feeds on ashes; a deluded heart has led him astray, and he cannot deliver himself or say, “Is there not a lie in my right hand?” - Nothing will change until we see the truth and confront it. If not, we will only go lower.