50 Tents worshiping God in Washington DC; Prophetic Word from Bill Yount; and Reportedly False News from CNN Can you imagine 50 different tents representing 50 different states, worshiping 24 hours a day in Washington D.C. praising God and praying for our nation? This is Awaken the Dawn! As he received the mandate from the Lord, David Bradshaw, talks about this tremendous event with Mike Bickle and the upcoming event that is happening October 6-9th. This isn’t a concert where people go to see other perform. You can be a part. As Bradshaw explains, “The difference between this event and many others, is that we are inviting you to come and take your spot in the gathering, to help lead it.” Mike Bickle adds to this as he shares how entire worship teams can come and be a part. “So, if you want to go and bring your worship team, bring your singers, musicians, but more than that, bring your friends to come for that three-day period…” At the end of these three days, Lou Engle will be holding “The Call” on the National Mall as well. Register NOW at AwakenTheDawn.org. It is so encouraging to see so many moving in unity in the Holy Spirit, for the sole purpose of praying for our nation to lift up the name of Jesus Christ. David’s Tent carried out a similar event as it gathered for 40 days on The White House Ellipse for continuous worship and prayer. Visionary of David’s Tent, David Hershey, shares the inspiring story of the journey of how this materialized. In a conversation with Reverend Patrick Mahoney, with the Christian Defense Coalition, the topic of getting a permit for 40 days and nights of continuous praise and worship in Washington D.C. was being discussed. “It’s unheard of. Everything is gone. Lincoln Memorial. Gone. The Mall. Gone. McPherson Square. Gone.” But God had a plan. Hear Hershey share the encouraging story of how it all took place. Because of the faithfulness of what took place during David’s Tent, we are seeing breakthrough after breakthrough taking place in Washington D.C. and our nation. See the full story of what is taking place with Awaken The Dawn, David’s Tent, and so much more. Also shared in this segment: prayer, worship, Washington D.C., faith, encouragement, The White House, hope, and the Million Man March. Greg shared in this segment. Find out more on the VFN Torch at VFNtv.com 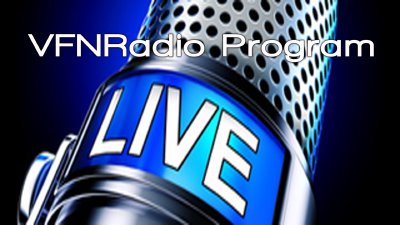 Fulfillment of Prophetic word by Kim Clement; Supreme Court Rulings; and Warren Buffet’s Take on A

Prophetic Word on Washington D.C.; Technology Conference at the White House; and PM Netanyahu It is such an exciting time to see so much prophetic fulfillment taking place in our midst and being able to watch what the Spirit of the Lord is doing. As much as we have seen change and an increasing turn around in the White House compared to what was seen in the previous administration, more change is coming. As the Lord delivered a prophetic word to Bill Yount, with Blowing the Shofar Ministries, we are getting a sense of how drastic the Lord is going to move. As Bill Yount shares, “I heard this Jewish carpenter declaring, "The day of trying to force square pegs into round holes is over. I'm carving out a new place for My so called 'misfits' to influence the government of this nation. Since My foolishness is wiser than man's wisdom, many will wonder what I'm up to in Washington, D.C. I'm digging up the foundation of a nation until it hits rock bottom. I will then hewn it out of My rock of ages. Many will witness My explosive power like dynamite, interrupting and shaking the hell out of this nation, releasing a tsunami effect worldwide with the fear of the Lord. The fuse has been lit. Stay focused on Me and don't get addicted to the news of this world. Up until now they have blocked Me out, but the media will soon give way as I blow the hinges off of newsrooms." This is so exciting and lines up with many of the words that the Lord has revealed prophetically as God also revealed to Cindy Jacobs about the swamp in Washington that is being drained. Hear the full word declared regarding the change that is coming to Washington, and so much more. Also shared in this segment: prophecy, prophetic word, Bill Yount, Washington D.C., media, Holy Spirit, Cindy Jacobs, and the Breakthrough Year. Greg shared in this segment. Find out more on the VFN Torch at VFNtv.com