Dr. O.S. Hawkins continues Part 2 of this series on Finances discussing savings. Dr. O.S. Hawkins serves as the President and CEO Guidestone Financial, and served the body of Christ, as a Pastor for many iconic churches in America and has authored over 25 books. What is success? How do you define success? Are we wise? 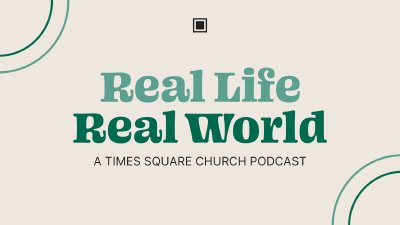 God Knows What To Do With Your Dreams with Mario Eusebio

We end this month’s series with Mario Eusebio. Mario left Puerto Rico and headed to the U.S. with big dreams of being an actor. Mario’s big break came when he got a role on “Law and Order” followed by commercials and independent films. But Mario had to search deeper to find true fulfillment in his own relationship with God. Mario has a full-time job, serves as a Pastor at East Harlem Fellowship in New York city, and has a wife and three daughters. God has continued to open doors for Mario in the entertainment world.

You Only Have One Life To Live

We are continuing our series about Christians in the entertainment industry. Today our guest is Patricia Mauceri who has had a successful acting career in theater, television, and film. Patricia has worked with many famous actors including James Earl Jones, Christopher Plummer, Gene Hackman, Richard Dreyfuss and many more. She became a Christian while working on the daytime soap opera “One Life to Live” bringing Patricia to a place where she had to make a very difficult discussion that would affect her future and her career.

Not On My Watch with Kei-Landa Rembert

This month we’ve been hearing testimonies from people in the entertainment business. Today we have Christian rap artist Kei-Landa Rembert. Kei-Landa grew up in the church and as a young child, she started turning nursey rhymes into rap songs. 10 years ago, God spoke to her about a yearly 40-day time of prayer and fasting for the Hip-Hop recording industry. Through that simple act of obedience, God has opened the doors for her to pray with many well-known recording artists! Today, she continues to write and produce music that glorifies God.