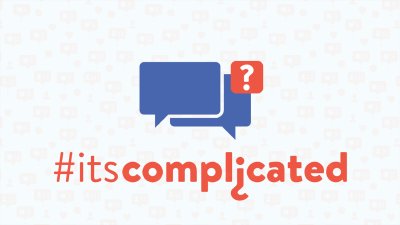 Finding Joy in Work is the final Sunday conversation in the #itscomplicated series. In this message Pastor Monty addresses the mindset of reclaiming our work not as drudgery, but as worship of God because He designed work to be a shared and meaningful joy. To hear more, listen to conversation five, Finding Joy in Work.

Conversation 3: Fighting for Your Family

Fighting For Your Family is the third message in the #intscomplicated series. In this message, Pastor Monty said “you are the person God chose to help your kids become who they were intended to be,” and he gives three lessons from 1 Samuel in the Old Testament to be a Godly parent. To hear more, listen to conversation three, Fighting For Your Family.

Pastor Monty asked the question “What does it take to stay in love?” Staying in Love is the second Sunday conversation in the series #itscomplicated, maximizing your key relationships to change your world. In this message, Pastor Monty said God has placed this need for love within us, and cites two things we can learn from the example of Jesus in Philippians chapter 2. To hear more, listen to conversation two, Staying in Love.

Conversation 1: Being Single in a Couples World

Being Single in a Couples World is the first conversation in the new series It’s Complicated. Pastor Monty said, “Relationships also come in many shapes and sizes, yet God’s desire to shine through you so that people see Him more clearly.” He went on to say, “God intents to bless you and use you in radical ways, as you are, as a single. He’s not waiting until you are married!” In this conversation, he gives three points on what to pursue in your singleness as well as giving guidance from God’s Word for those who are married. To hear more, listen to conversation one, Being Single in a Couples World.