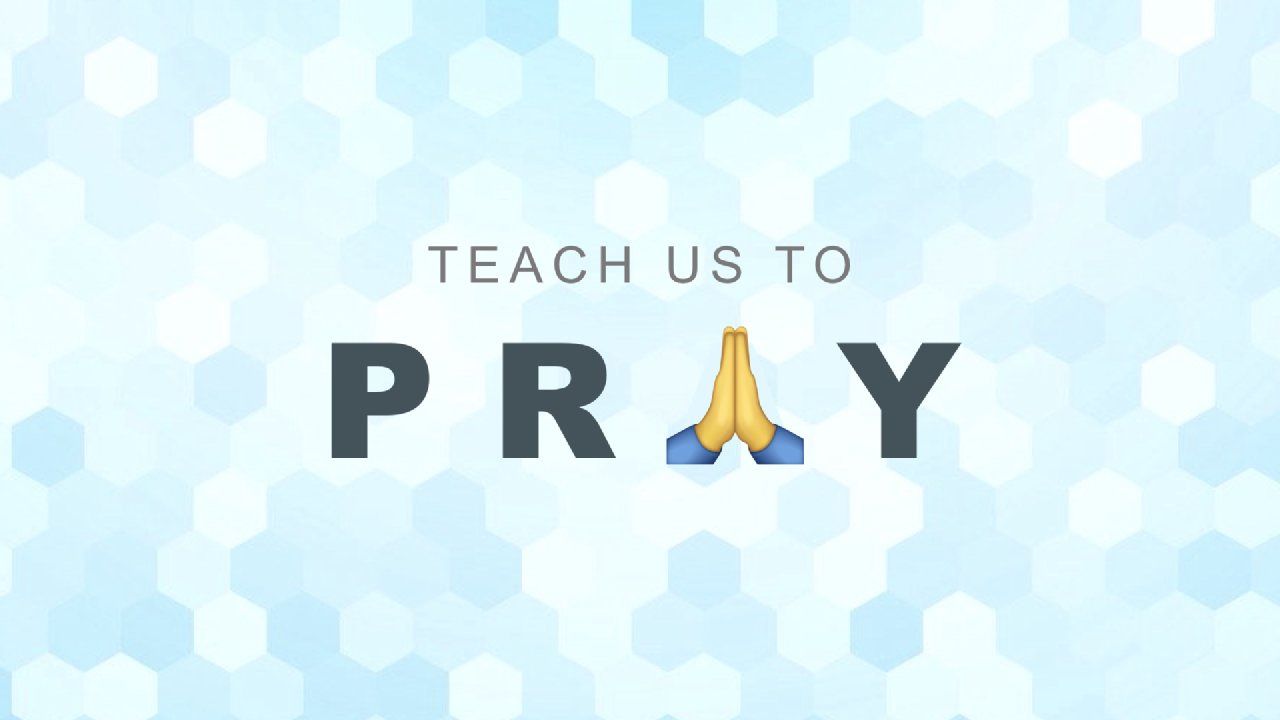 Praying in all Circumstances

Psalm 34:1-3 I will bless the Lord at all times; his praise shall continually be in my mouth. 2 My soul makes its boast in the Lord; let the humble hear and be glad. 3 Oh, magnify the Lord with me, and let us exalt his name together Romans 5:3 “Not only that, but we rejoice in our sufferings” Psalm 34:8 “Oh, taste and see that the Lord is good! Blessed is the man who takes refuge in him!” Psalm 34:18 “The Lord is near to the brokenhearted and saves the crushed in spirit.”

Related
More from Teach Us to Pray 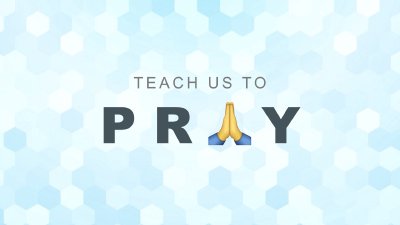 Isaiah 6:1-9 Our Mission: To bring the Southpointe area and all places we serve into a life-changing encounter with the Kingdom of God. Make Jesus the Unavoidable issue: Hope Being a perfect place for imperfect people: Help Making the invisible Kingdom of God visible wherever we live, work, and play: Healing “Here I am! Send me.” Isaiah 6:8 What transformed Isaiah’s prayer life and, by extension, his life purpose? 1, He Saw God: Holy, holy, holy is the Lord of hosts; the whole earth is full of his glory. (v. 3) 2. He was redemptively broken by God: And I said, “Woe is me! I am undone; for I am a man of unclean lips and I dwell among a people of unclean lips and my eyes have seen the King, the Lord of hosts” (v.5) 3. He was cleansed by God: Then one of the seraphim flew to me, having in his hand a burning coal that he had taken with tongs from the altar. And he touched my mouth and said: “Behold, this has touched your lips; your guilt is taken away and your sin atoned for.” (v. 6-7)

2 Chronicles 5:1-14 (slightly edited) Thus all the work that Solomon did for the house of the Lord was finished. 2 Then Solomon assembled the elders of Israel and all the heads of the tribes, the leaders of the fathers' houses of the people of Israel, in Jerusalem, to bring up the ark of the covenant of the Lord out of the city of David, which is Zion. 3 And all the men of Israel assembled before the king… 4 And all the elders of Israel came, and the Levites took up the ark. 5 And they brought up the ark, the tent of meeting, and all the holy vessels that were in the tent;.… 6 And King Solomon and all the congregation of Israel, who had assembled before him, were before the ark, sacrificing so many sheep and oxen that they could not be counted or numbered. 7 Then the priests brought the ark of the covenant of the Lord to its place, in the inner sanctuary of the house, in the Most Holy Place, underneath the wings of the cherubim. 8 The cherubim spread out their wings over the place of the ark, so that the cherubim made a covering above the ark and its poles. 9 And the poles were so long that the ends of the poles were seen from the Holy Place before the inner sanctuary, but they could not be seen from outside. ... 11 And when the priests came out of the Holy Place (for all the priests who were present had consecrated themselves, without regard to their divisions, 12 and all the Levitical singers, Asaph, Heman, and Jeduthun, their sons and kinsmen, arrayed in fine linen, with cymbals, harps, and lyres, stood east of the altar with 120 priests who were trumpeters; 13 and it was the duty of the trumpeters and singers to make themselves heard in unison in praise and thanksgiving to the Lord), and when the song was raised, with trumpets and cymbals and other musical instruments, in praise to the Lord, “For he is good, for his steadfast love endures forever,” the house, the house of the Lord, was filled with a cloud, 14 so that the priests could not stand to minister because of the cloud, for the glory of the Lord filled the house of God. 1. How worship starts 2. How worship spreads. …and when the song was raised… 2 Chronicles 5:13 a. Worship Spreads when it is Passionate b. Worship spreads when it is United c. Worship spreads when it is Truthful 3. What God adds to our worship. “Great is the Lord, and greatly to be praised” Psalm 48:1

Father, Hallowed Be Your Name

Luke 11:1-4 "Now Jesus was praying in a certain place, and when he finished, one of his disciples said to him, “Lord, teach us to pray, as John taught his disciples.” And he said to them, “When you pray, say: “Father, hallowed be your name. Your kingdom come. Give us each day our daily bread, and forgive us our sins, for we ourselves forgive everyone who is indebted to us. And lead us not into temptation.” Luke 9:23-24 “If anyone will come after me he must deny himself and take up his cross and follow me. For whoever wants to save his life will lose it, but whoever loses his life for my sake will save it.”