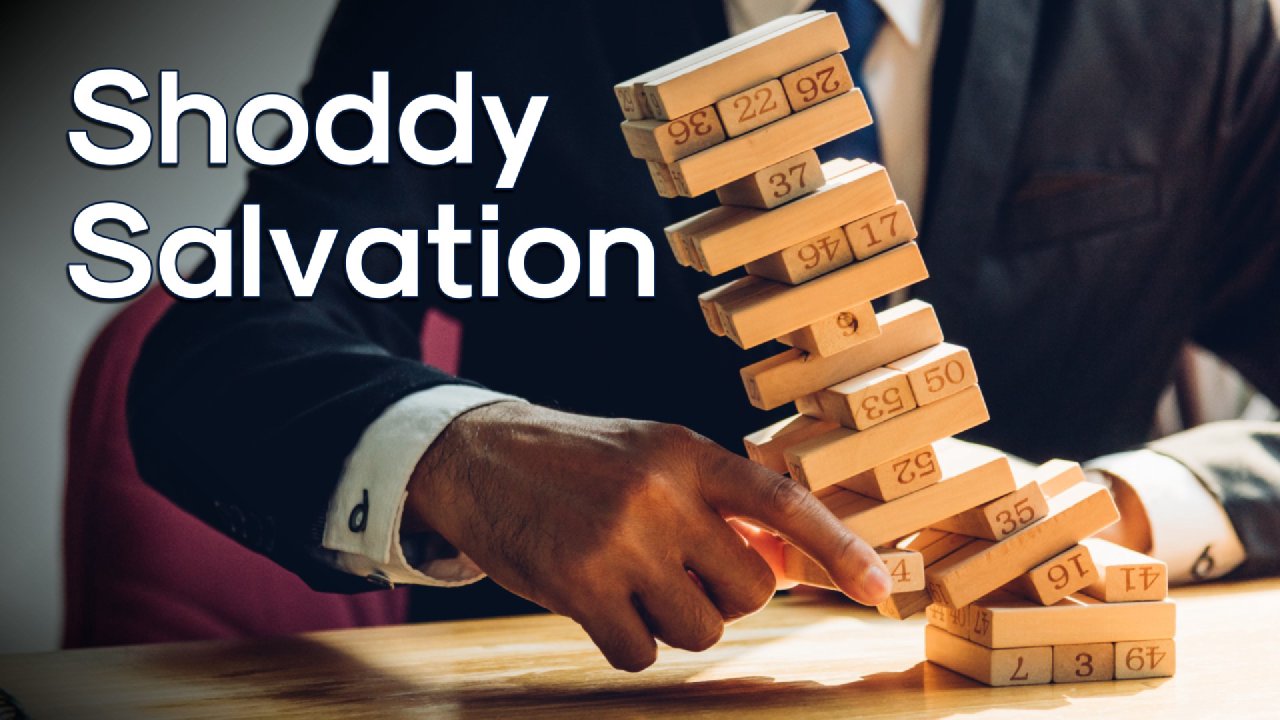 Shoddy Salvation - In this message, we look at the story of the Tower of Babel, exploring what it has to say about the arrogance of humanity and how it reminds us that the way to God cannot be reached on our terms, only His. Genesis 11:1-9 NSRV Now the whole earth had one language and the same words. 2 And as they migrated from the east, they came upon a plain in the land of Shinar and settled there. 3 And they said to one another, “Come, let us make bricks, and burn them thoroughly.” And they had brick for stone, and bitumen for mortar. 4 Then they said, “Come, let us build ourselves a city, and a tower with its top in the heavens, and let us make a name for ourselves; otherwise we shall be scattered abroad upon the face of the whole earth.” 5 The Lord came down to see the city and the tower, which mortals had built. 6 And the Lord said, “Look, they are one people, and they have all one language; and this is only the beginning of what they will do; nothing that they propose to do will now be impossible for them. 7 Come, let us go down, and confuse their language there, so that they will not understand one another’s speech.” 8 So the Lord scattered them abroad from there over the face of all the earth, and they left off building the city. 9 Therefore it was called Babel, because there the Lord confused the language of all the earth; and from there the Lord scattered them abroad over the face of all the earth.