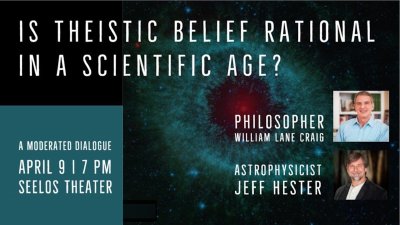 On April 9, 2019, Dr. Craig enjoyed an exciting dialogue with Jeff Hester, the editor emeritus of Astronomy magazine. The topic was "Is Theistic Belief Rational in a Scientific Age?"

On April 4, 2009, William Lane Craig and Christopher Hitchens met at Biola University to debate the question of God's existence. In front of an overflow crowd and a global internet audience, they debated the origin and design of the universe, the implications of human morality, the deity of Jesus, and the validity of Christ's resurrection. It was a compelling clash of worldviews and an examination of the major arguments for and against Christianity and atheism. 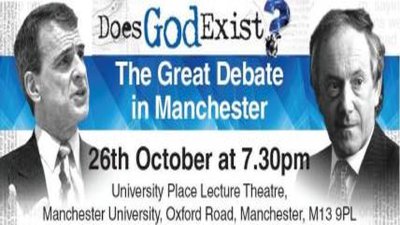 "Does God Exist?" This debate took place in front of a capacity audience at the University of Manchester (including an overspill room). It was recorded on Wednesday 26th October 2011 as part of the UK Reasonable Faith Tour with William Lane Craig. William Lane Craig is Research Professor of Philosophy at Talbot School of Theology, La Mirada, California and a leading philosopher of religion. Peter Atkins is former Professor of Chemistry at the University of Oxford and a Fellow of Lincoln College. The debate was chaired by Christopher Whitehead, Head of Chemistry School at the University. Post-debate discussion was moderated by Peter S. Williams, Philosopher in Residence at the Damaris Trust, UK. 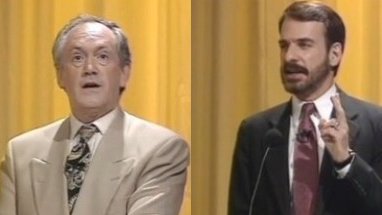 The first debate between William Lane Craig and Peter Atkins: "What Is the Evidence for/against the Existence of God?" Moderated by William F. Buckley Held April 3, 1998 at the Carter Presidential Center in Atlanta, Georgia 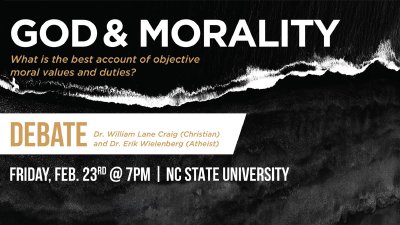 Where does morality come from? Some claim God is the ultimate source of all moral values and duties. Others disagree. Dr. Erik Wielenberg (atheist) argues that morality doesn’t come from anywhere, it just is; morality has no, and needs no, explanation. Dr. William Lane Craig (Christian) argues that God is the best explanation for objective morality. Who is correct? 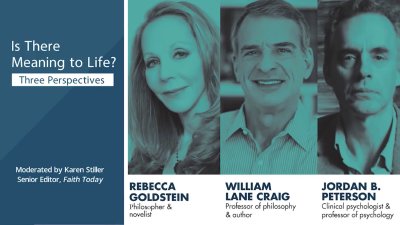 In March 2017, Dr. Craig traveled the island of Ireland on a speaking tour that included various debates, lectures, and meetings. On March 23rd debated Daniel Came (Lecturer of Philosophy, University of Hull) from Trinity College Dublin. They presented their arguments at Trinity College Dublin on the topic, "Does God Exist?" 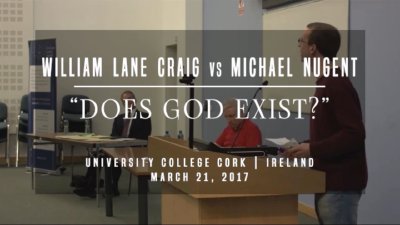 In March 2017 Dr. Craig traveled the island of Ireland on a speaking tour that included various debates, lectures, and meetings. On March 21st he debated Michael Nugent of Atheist Ireland. They presented their arguments at University College Cork on the topic, "Does God Exist?" 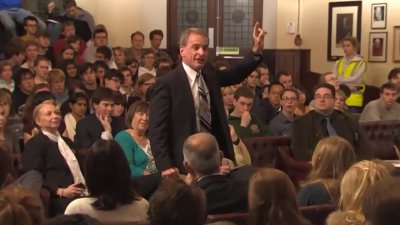 What must I do to be saved? • William Lane Craig, Shabir Ally

In March 2002, Shabir Ally and William Lane Craig held a truly remarkable series of four debates at four Canadian universities on four questions distinguishing Christianity and Islam. Their second debate was held at York University in Toronto, Canada on the subject, "What must I do to be saved?" Dr. Craig presents three objections to the Islamic view of salvation, and Ally responds by maintaining that God as described in the Qur’an is no less loving than the God of the Bible and that salvation is easy to obtain on the Islamic view. Hoax or History? Did Jesus Rise from the Dead? Held at McGill University in Quebec, Canada - February 2009

In March 2002, Shabir Ally and William Lane Craig held a truly remarkable series of four debates at four Canadian universities on four questions distinguishing Christianity and Islam. The first of these debates was held at the University of Toronto on the topic, "Did Jesus Rise From the Dead?" Ally counters Craig's argument for Jesus' resurrection by defending the apparent death theory with a novel Islamic twist: Jesus was taken down from the cross alive and placed in the tomb, where God assumed him into heaven before he could die.

In March 2002, Shabir Ally and William Lane Craig held a truly remarkable series of four debates at four Canadian universities on four questions distinguishing Christianity and Islam. The fourth and final debate was held at the University of Western Ontario on the subject, "Who is the real Jesus? The Jesus of the Qur'an or the Jesus of the Bible?" Dr. Craig argues on the basis of standard criteria of authenticity that the historical Jesus had a divine self-understanding, while Ally maintains that personal claims to divinity are inauthentic.

In March 2002, Shabir Ally and William Lane Craig held a truly remarkable series of four debates at four Canadian universities on four questions distinguishing Christianity and Islam. The third of these debates was held at McMaster University in Hamilton, Ontario on the topic, "The Concept of God in Islam and Christianity." Dr. Craig argues for a Trinitarian concept of God and objects that the Islamic concept involves inadequate doctrines of divine goodness and omnipotence, while Ally argues that the primitive Christian concept of God was Unitarian and that the Islamic conception of God is not morally defective.

Held at the University of Massachusetts in Amherst, MA on April 10, 2008 Can we be good without God? Do we really need God for our morality? Is morality just a divine protection racket? Is there any rational basis for good if there is no God? William Lane Craig and Louise Antony address these questions and more in this debate on the foundational basis of morality.