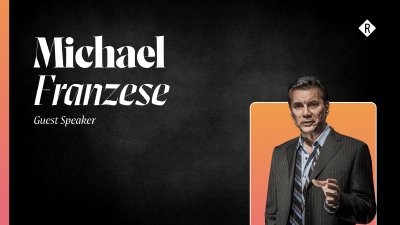 Michael Franzese is a former member of the infamous Colombo crime family. At his most affluent, he was generating between $5,000,000.00 to $8,000,000.00 PER WEEK from both legal and illegal business. In 1986, he was named by Vanity fair to be one of the biggest money earners the mob had seen since Al Capone. Eventually, his lifestyle caught up to him. He was sentenced for his crimes, put in prison, and spent significant time in solitary confinement. It was a hopeless tale...that is...until a faithful wife and a prison Bible teed him up for a life-changing transformation.