The Bible For Grown-Ups 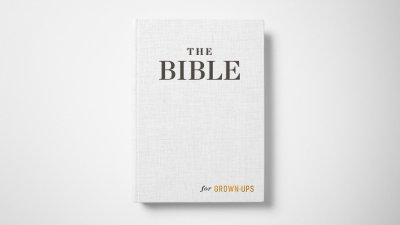 The Bible for Grown Ups Part 3 *

We have the Bible because SOMETHING HAPPENED that was worth writing down and defending and preserving and that SOMETHING was the Resurrection of Jesus Christ from the dead. This launched Christianity and early Christians assembled a group of texts into one book called ‘the Bible’ hundreds of years after the Resurrection of Jesus. They pulled together writings about the eye witness accounts of Jesus and His resurrection and the launch of the early church. And, they gathered many letters written to the early churches as well. AND, because of their interest in Jesus and his heritage and how God brought Jesus into the world through the people of Israel, they also gathered up ancient Hebrew texts that we now call the Old Testament and added them to ‘The Bible.’ The first full assembly of the Bible into something similar to what we have today came after Constantine’s rise to power in Rome.

The Bible for Grown Ups Part 2 *

Many people attempted to write the story of Jesus because something happened. The ‘something’ that happened was the resurrection of Jesus from the dead. It was witnessed and defended by hundreds and launched a movement that changed the entire world. If you found today's topic interesting or would like to learn more, please check out this ‘’Seven Days that Divide the World”  written by John Lennox, a math/science professor.  I’m giving you an Amazon link but really don’t care where you buy it.  Get it from whomever you’d like:  https://www.amazon.com/Seven-Days-That-Divide-World/dp/0310492173  ALL THE BEST, Jeff

The Bible for Grown Ups Part 1 *

Most of us know some Bible stories, but very few of us know the story of the Bible. And you may be surprised to discover it’s a story that doesn’t actually begin in the beginning. It begins with the accounts of a few men who sat down to record the death and resurrection of Jesus. It begins with the words of his followers who were compelled to document the events that had changed everything for them—because they knew it could change everything for us. Join us Sundays at 9:30 and 11 AM! More info at PhosChurch.com

The Bible for Grown Ups

Let’s tackle the New Testament together this year shall we? ‘My children, I am again suffering labor pains for you until Christ is formed in you.’ Join us Sundays at 9:30 and 11 AM! More info at PhosChurch.com