The cross was not only painful but humiliating: you were stripped bare, lifted high and totally humiliated in your death. The fact that the Almighty God Word endure this for us is mind boggling. How should the concept of a “humble God” shape our lives? 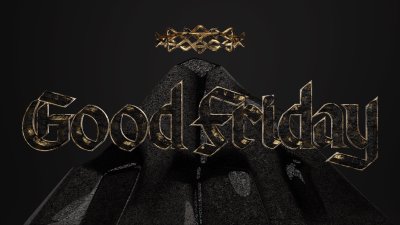 Romans 5:6-8 You see at just the right time we were still powerless, Christ died for the ungodly. Very rarely will anyone die for a righteous person though for a good person someone might possibly dare to die. But God demonstrates his own love for us in this, while we were still sinners Christ died for us. Matthew 27:27-31 Some of the governor's soldiers took Jesus into their headquarters and called out the entire regiment. They stripped him and put a Scarlet robe on him. They wove thorn branches into a crown and put it on his head and they placed a reed stick in his right hand as a sector. Then they knelt before Him in mockery and taunted hail King of the Jews. And they spit on him and grabbed the stick and struck him on the head with it. When they were finally tired of mocking him they took off the robe and put on his own clothes again. Then they led him away to be crucified. Matthew 27:33-36 And they went out to a place called Golgotha which means place of the skull. The soldiers gave Jesus wine mixed with bitter gall but when He tasted it, He refused to drink it. After they nailed Him to the Cross they gambled for his clothes by throwing dice. Then they sat around and kept guard as He hung there. Luke 23:32-34 two others both criminals were let out to be executed with him. When they came to a place called the skull they nailed him to the cross and the criminals were also crucified. One on his right and one on his left. Jesus said “Father forgive them for they don't know what they're doing” and the soldiers gambled for his clothes by throwing dice. Luke 23:44-46 By this time it was about noon and darkness fell across the whole land until three o’clock, the light from the sun was gone and suddenly the curtain in the temple was torn down the middle. Then Jesus shouted, Father I entrust my spirit into your hands, with those words, he breathed his last. Mark 10:43 “Whoever wants to be great among you must be your servant” - Jesus 1 Corinthians 1:23 we preach Christ crucified…foolishness to Gentiles NIV 1 Corinthians 1:24 But to those called by God to salvation… Christ is the power of God and the wisdom of God.