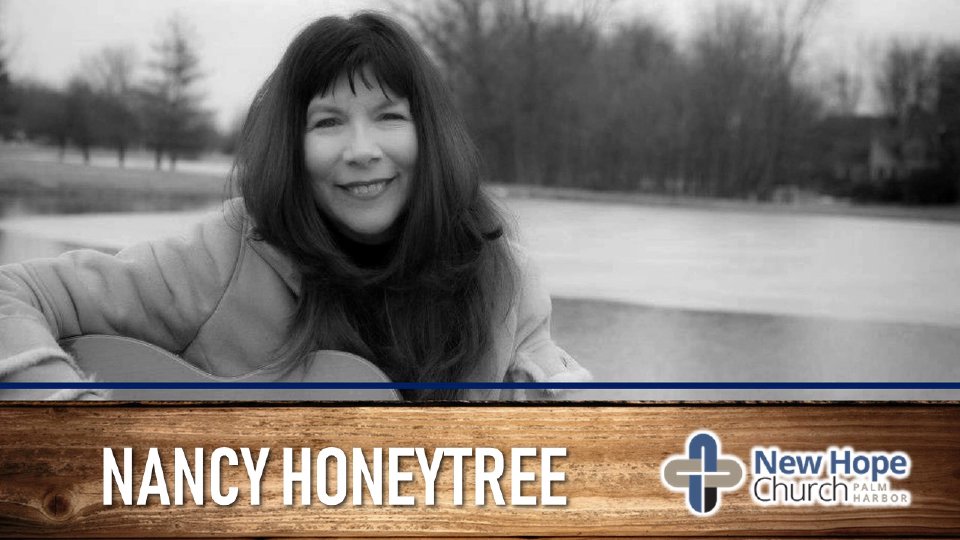 Nancy "Honeytree" Miller is an American Christian musician and one of the leaders in what was known as Jesus music. Nancy was born into a family of professional classical musicians. As a teen Nancy Honeytree was drawn toward the hippie kids at her school, University of Iowa High School, eventually drifting into the drug culture. In 1970 she met some Jesus People at her sister's art school, and became one herself. After graduating, she worked at a youth ministry in Ft. Wayne, Indiana called Adams Apple, a part of the Jesus movement, and it was during these years that she began to write songs about her new-found faith, recording her self-titled first album in 1973. “Billed simply as 'Honeytree' most of her career, the singer's folk rock-soprano style was influenced by mainstream artists such as Joni Mitchell, Carole King and Judy Collins, but her lyrics were largely dealing with one's personal relationship with Jesus Christ" Honeytree will be with us for both our Saturday 6pm and Sunday 10am services. A love offering will be received to bless her ministry.