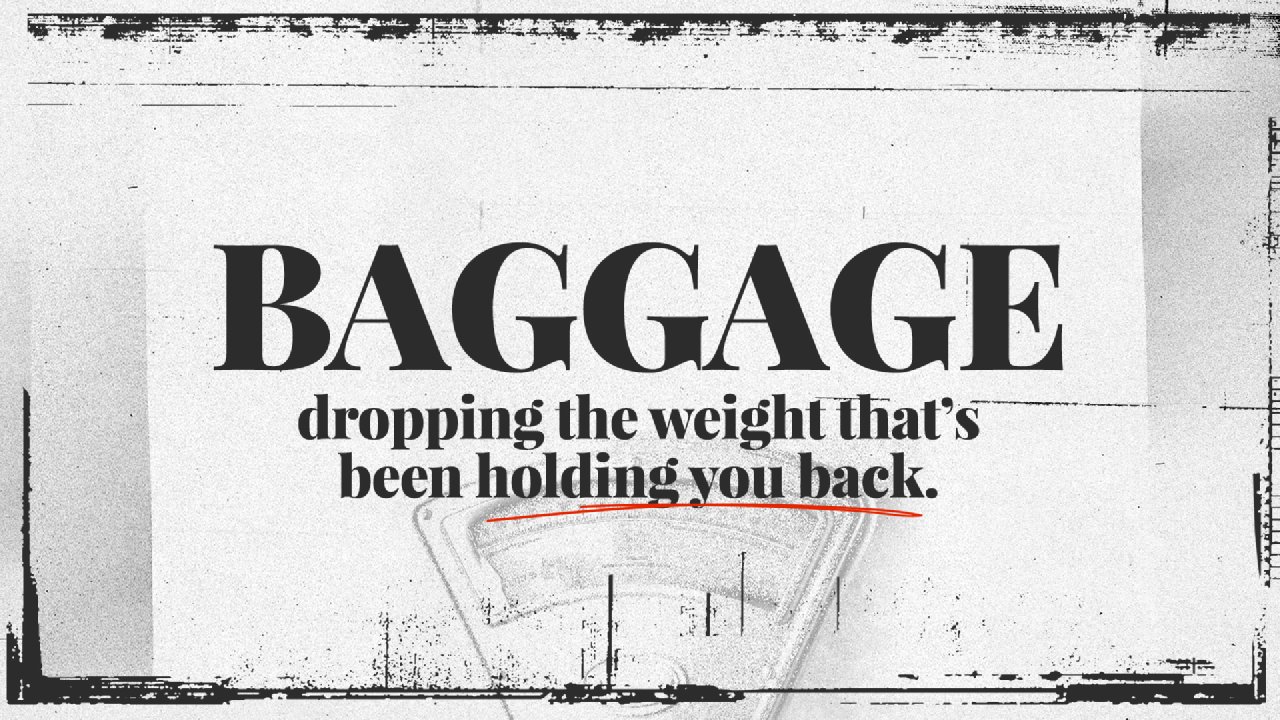 The text for today's message is Luke 23:32-34 We are in a preaching series titled “Baggage, letting go of what’s weighing you down.” As we live this thing called life, we collect some baggage along the way. Normally, we don’t intend to, but due to life experiences like unfulfilled expectations, untreated pain, unresolved yesterdays, unhealthy view of self, unrepented sin the baggage weight really begins to overwhelm each one of us. What weight are you carrying today that's weighing you down? There are two problems that do great psychological, emotional, and spiritual damage to anyone, and perhaps to you: One is guilt, and the other is bitterness. • Guilt imprisons us • Bitterness poisons us • Guilt is the result of something we have done wrong • Bitterness is our reaction to someone else’s wrong or our perception that someone else has wronged us When you think about what happened to Jesus on the final days of His life – Jesus had every right to be bitter. • Falsely accused • Cursed by men less than Him • Betrayed by one of his closest associates • Abandoned by his friends • Punished for a crime he didn’t commit • Ridiculed by those he came to save • Physically tortured and abused • Reputation was slandered • Misunderstood • Publicly humiliated God's Word speaks to... • The Power of Bitterness • Hebrews 12:15, “See to it that no one comes short of the grace of God and that no root of bitterness springing up causes trouble, and by it, many be defiled.” • Ephesians 4:30-31, “Do not grieve the Holy Spirit of God, by whom you were sealed for the day of redemption. Let all bitterness and wrath and anger and clamor and slander be put away from you, along with all malice” •The Problem of Bitterness Someone has said that Bitterness is an attitude virus: • Eating up hope, trust, joy, & gladness • Bitterness has the ability to change the way we see life. •The Prescription for Bitterness What forgiveness isn't... • First, Forgiveness isn’t a Feeling • Second, Forgiveness isn’t Forgetting "Forgiving is an active process involving a conscious choice and a deliberate course of action." • Finally, Forgiveness isn’t Excusing Forgiveness says, “What you did was wrong. It was without excuse. Since God has forgiven me, I forgive you.” What Forgiveness is... Forgiveness is an intentional decision not to hold an offense against the offender. Forgiveness is a releasing. “Unforgiveness is the poison we drink, hoping others will die.” Your Response: In order for you and I to forgive we have to REFOCUS our FOCUS o Bitterness - focuses on your hurt, the one who has done you wrong o Forgiveness - focuses on the cross, the pain of Jesus, his work on the cross Personal Prayer: Lord, because you’ve forgiven me, I choose to forgive __________ for ______________. I’m dropping this baggage and releasing the pain I have allowed bitterness to have in my life because of my attitude towards ____________. 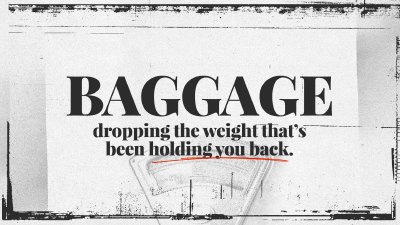 BAGGAGE Part 8, "Peace for the Panicked"

BAGGAGE Part 7, "How to Deal with How I Feel"

BAGGAGE Part 6, "Getting Past our Past"