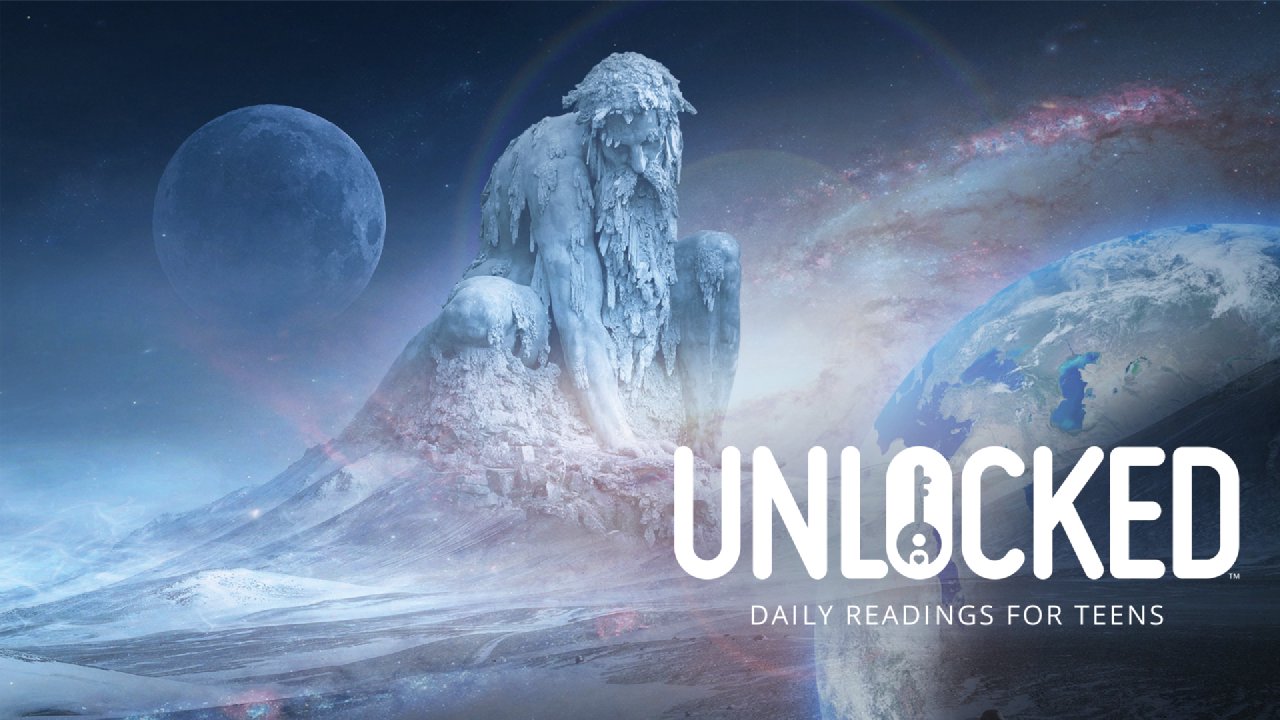 What About the Ten Commandments?

Some rules are made to be broken. Even reading the Ten Commandments sends a shiver of intimidation down our necks, mixed, perhaps, with something darker. The laws God gave to Moses on the mountain are probably the best summary of human morality the world has ever seen, but the reaction they produce in human beings is frightening. The culture of ancient Israel was based around the Ten Commandments. It should have been the most successful civilization ever, filled with moral, prosperous people. Instead, the Israelites were evil, sometimes even more so than the surrounding nations. They broke all ten laws, starting with the first two and working their way down the list. But here’s the thing: the Ten Commandments were never meant to be the end of the story. They were meant to shine a spotlight on all that is evil and futile about the human race. God gave the best morality guide in history to prove humans can’t be moral. The truth is, God never wanted humans to follow rules. He wanted to fill them with His love, that they might love Him and love others. The goal was always for God’s life, God’s love, and God’s very character to be united with the human race. That is why God took on human flesh in the person of Jesus Christ, and that is why the Holy Spirit has come to dwell within His church. God Himself is doing in us what the Ten Commandments never could: producing righteousness and love. • Kevin Zeller • Read Mark 12:30-31. What two principles does Jesus describe as fulfilling the Ten Commandments? What do the two principles behind God’s laws show us about who He is? • What questions do you have about the law and the Old Testament? Who is a trusted Christian—such as a pastor, camp counselor, or friend—you could bring those questions to? Why, then, was the law given? It was given alongside the promise to show people their sins. But the law was designed to last only until the coming of the child [Jesus] who was promised. Galatians 3:19 (NLT) 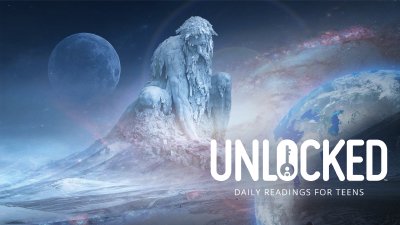 You’ve probably heard it in youth group or Sunday school: “It’s very important to have daily devotions.” But you just can’t seem to make it happen, and you feel terrible. Between homework, extracurriculars, and family activities, it seems impossible to open your Bible every day. A couple of weeks might even go by before you find a few minutes to do devotions. You might begin to wonder, *If Bible reading is so important, why can’t I do it every day?* The Bible is important because it tells us about Jesus and the true story of His good news—news that affects every area of our lives (Acts 10:43). But we get stuck in legalism when we say that anyone should adhere to certain practices or habits to prove they know God. That’s what the Pharisees did in Bible times, and Jesus was pretty clear that the Pharisees did not understand the God they claimed to serve (Matthew 23). Instead, we can live in the grace Jesus has given us, going to the Bible regularly—individually and with other believers at church—because we love Jesus and want to know Him better. Your best friend doesn’t chew you out when you don’t talk to them for a few days, do they? Well, God doesn’t either. He wants us to spend time with Him, but He’s never legalistic about it (Colossians 2:6-18). It’s about having a relationship with Him. What’s important is that you make Jesus and being with His people central to your life, regularly reading His Word and deepening your understanding of the gospel through the power of the Holy Spirit (1 Timothy 4:13). • Robyn Mulder • Since the Bible is about Jesus, what are the central truths of the gospel? (Find more information by checking out our "Know Jesus" page!) How do these truths help us study and understand God’s Word (Luke 24:44-48; 2 Corinthians 1:20; 2 Timothy 3:15-17)? • What is the difference between a legalistic habit and a grace-based habit? Why is it important that our lives are based on what Jesus did, not on what we do (Ephesians 2:8-9)? • How does the Holy Spirit teach us about Jesus as we study the Bible (1 Corinthians 2:10-16)? For you are saved by grace through faith, and this is not from yourselves; it is God’s gift—not from works, so that no one can boast. Ephesians 2:8-9 (CSB)

*I shouldn’t have even brought this into the fitting room*, Mandy thought. *Dresses like these don’t look pretty on girls like me.* But her friends hadn’t understood her hesitation. They were trying on prom dresses and thought she should do the same. Tears stung in Mandy’s eyes as she took a glance in the mirror. She hated her size and shape. She wished she looked like her friends. “Come out and show us,” her friends called. Mandy swallowed. “It doesn’t fit right. I must have grabbed the wrong size.” “What size do you need? I’ll go get it.” “No!” Mandy tugged on the zipper at the back of the dress. “I’m done for today.” When Mandy stepped out of the fitting room in her T-shirt and leggings, the other girls were all wearing the dresses they had found. They looked perfectly petite and happy. Mandy slouched onto a chair in the corner of the room, wishing she could be like them. Maybe your story isn’t exactly like Mandy’s, but it’s close. Maybe you feel ugly. Maybe you think that you are too fat or too thin or that you don’t belong with your friends. Maybe you even feel unworthy of God’s love because of how you look. But the inherent worth you have and the love God has for you are not based on your appearance or what others think of you. God created you in His image, and He loves you so much. You are precious to Him. So precious that He came to die and rise again to free you from sin and the pain and death it causes. If you haven’t already, put your trust in Him today, knowing your worth is found not in what people think—but in and through the love of your Creator and Savior. • Bethany Acker • Jesus died and rose again, and He will one day make all things new, including raising His people from the dead when He returns. Christ died and rose to restore and redeem every part of you. How does knowing these truths help you see how much He values and loves you? • If you are struggling to see your worth, who is someone you can talk with about it? This is real love—not that we loved God, but that he loved us and sent his Son as a sacrifice to take away our sins. 1 John 4:10 (NLT)

I was already asleep when my grandpa called, asking for help with my grandma’s diaper. I don’t feel especially loving when sleep-deprived, but the quiet stirring of God’s Spirit within me assured me what the next step was. I slipped on a sweater and puddle boots and stumbled down the darkened dirt road between our house and their snug log home. With barely open eyes, I pushed into Grammy’s room. She weighed only ninety pounds at that time, but it’s hard to lift someone when they don’t have strength to help. My cousin and I got Grammy cleaned up and settled in bed. Her osteoporosis was so bad we had to prop the pillows and blankets around her twisted form to make her comfy. There was no way for her to lie straight. The next night they didn’t need me. Grammy didn’t wake from her deep and quiet slumber. She didn’t wake the next night either. Only once after that late night did she stir, when I stopped by and brushed her white hair off her forehead to give her a kiss and say, “I love you.” She blinked weary eyes at me and said, “I love you too, Honey Girl.” She died the next morning. Waking to help my grandma when she was in need made me so grumpy at the time. Yet the still, small voice of God’s Spirit urged me on, and so I went. As I walk by her house today and miss her—miss having tea from real china cups at her one hundred-year-old oak table and hearing her urge me to take just one more cookie—what brings me the most joy is knowing our last exchange was one of love. That late night, it was the Holy Spirit who urged and sustained my reluctant spirit onward. While it was tempting to ignore His call to show love to Grammy, I followed His gentle leading. When we obey—walking in the love of Christ by the power of the Holy Spirit—we find true joy. Grammy taught me that. • Kristen Joy Wilks • How does the truth of the good news of Jesus help us to show love? How can loving others show Christ’s love for us? • Have you ever felt a prompting from the Holy Spirit to show God’s love to someone? Reread today’s Bible passage. How can you know when a prompting is from the Holy Spirit? We love each other because he [Jesus] loved us first. 1 John 4:19 (NLT)