Some things to know about this isolating spiritual force of evil 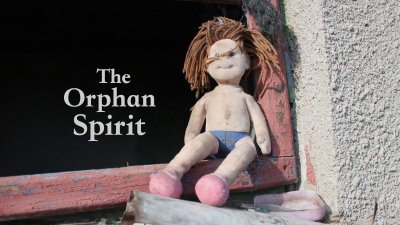 It Was For Freedom

IT WAS FOR FREEDOM The word "religion" is a biblical word that means good and not evil. However, the modern definition and references to religion has now become a very negative term. It alludes to the self-righteous beliefs and acts of those who believe in a god of any kind. When the word is used in most Christian arenas it refers to those who tout a knowledge of good and evil. That sounds like the garden of Eden, doesn't it? The initiator of the evil side of religion was the serpent. He still sways many to his "religion" and removes them from their attachments to the garden of promise and from communications with God the Father. That is what religion does. An easy definition that tests our religious thinking is when it is more important to be right than to love. From that definition we find that same satanic religious mindset in almost every area of life. Is it more important for you to be right or to love? If love is your answer then let love do the work instead of "right." The law of sin and death is a severing of relationship with God the Father. When we live by that law of sin and death we must always be serving our behavior and judging our relationship with the Father according to how we act. If that were a true religion we would all be doomed - every one! God forbid! This is one strong description of the orphan spirit that fights against the Spirit of Adoption in our lives. The orphan spirit lives by the love of the law but the true child of God the Father lives by the law of love! There were two trees in that wonderful garden: The Tree of Life & The Tree of the Knowledge of Good & Evil! Jesus is the Tree of Life! The devil wants us to eat from the tree of the Knowledge of Good & Evil! Oh, taste and see that the Lord is good! Let us change what we know about good and evil and trade all of that knowledge in for the love that walks and talks with our heavenly Father in the cool of the day, through the wonders of His garden!    “Abba! I do not wish to be drawn away from Your loving embrace and be continually conscious of the good and the bad in my life. I want to be in Your presence where all that matters is love. The love I have from You and the love I give to You. The substance of Your love is always enough. Even in the worst of situations for me. I am in awe of YOU. I love how You talk with me in so many ways with so many kinds of sounds. You are my strength that goes on without end. I do not have to leave You when I get up from my "alone time" with You. You are as much with me when I walk through my day as You are when I pray. Help me to see Your lovingkindness at work. Even let it work in me. In my wrong doing, You comfort my soul and Your love turns it around and produces a miracle. Is there anything that Your love cannot do? I think not. Let Your grace - Your peace - abide in me now. Amen." 🪩 FIND THE NEXT ARTICLE IN THIS SERIES - NEXT SATURDAY - HERE ON THE I.A.M. APP 🪩

Orphans & The Father’s Likeness “Do not love the world or the things in the world. If anyone loves the world, the love of the Father is not in him.” 1 John 2:15 “God so loved the world that He gave His only begotten Son…” John 3:16 There is no contradiction in the Father’s love. The love of the Father is the life of the Kingdom. The Blood of Jesus Christ became the love of the Father made manifest to us, and thus we believe. That regal and royal Blood is the life of the Kingdom. And the love that shows the child of God to the world. If God so loved the world that He gave His all to that world, what do the children of God give to the world in His likeness? As children, we must love that world as our Father loves it and give them the same thing He gives: Jesus. In this way, orphans become the Father’s likeness revealing the “Spirit of Adoption whereby we cry out Abba! Father!” “As many as received Him, to them He gave the right {exousia, authority} to become children of God, even to those who believe in His name, who were born, not of blood nor of the will of the flesh nor of the will of man, but of God.” - John 1:12-13 “Become” is a vital life-giving word in the scriptures and the language of the Kingdom of heaven. To become is not a single event - but a wonder-filled journey. Stephanie & I have done several podcasts with some revelation about this word, “become.” We published our book “The Mystery In One” and explain the biblical concept of “becoming.” I believe you’ll be blessed by hearing and by changing your views about your journey with Abba. 🪩 FIND THE NEXT ARTICLE IN THIS SERIES - NEXT SATURDAY - HERE ON THE I.A.M. APP 🪩