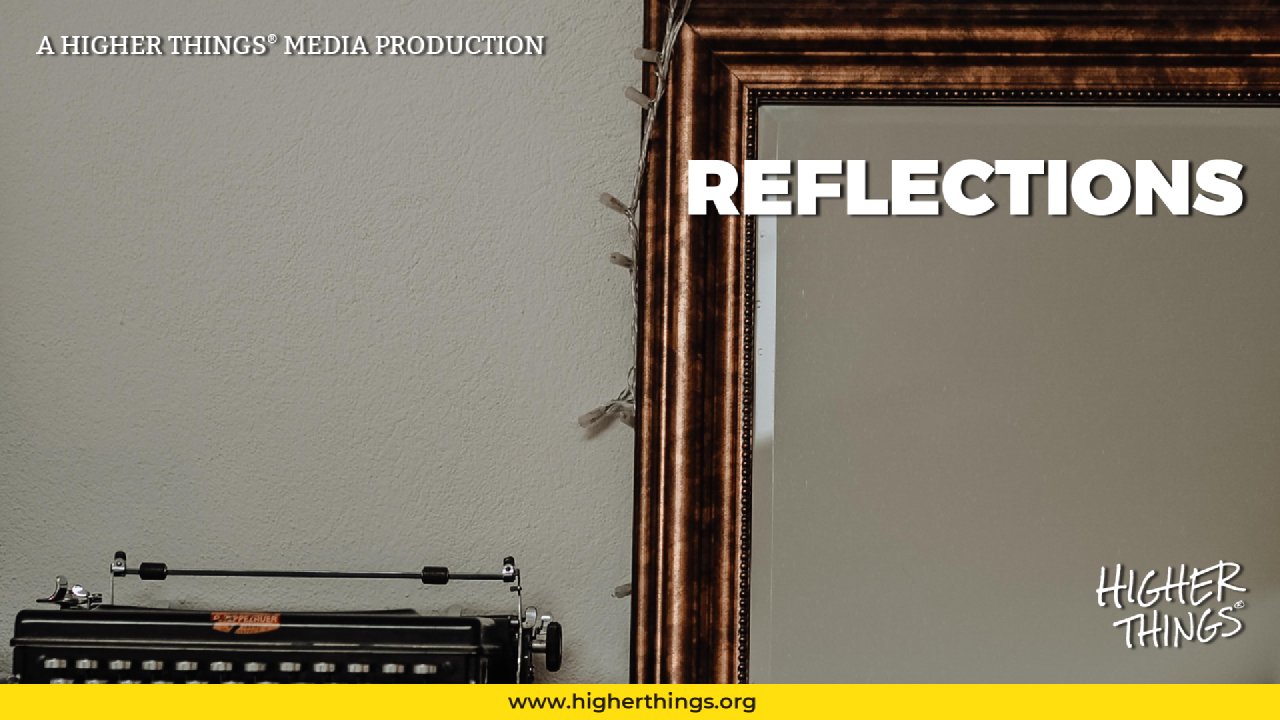 Friday of the 15th Week after Trinity

Daily Lectionary: 2 Chronicles 36:1-23; Colossians 4:1-18 That the word of the LORD by the mouth of Jeremiah might be fulfilled, the LORD stirred up the spirit of Cyrus king of Persia. (2 Chronicles 36:22) In the Name + of Jesus. Amen. Jerusalem is no more. God had tried to get through to His people. "But they kept mocking the messengers of God, despising His words and scoffing at His prophets, until the wrath of the LORD rose against His people" (verse 16). God knew that the only thing that would work was to bring the Chaldean King and his army to Jerusalem for war and destroy it in 586 BC. When other kingdoms suffered a defeat like this, they were gone. Game over. However, God still had plans for His people. He promised that the Savior of all nations would be born from this nation. And so, by grace, He raised this nation from death back to life again after their Babylonian captivity, just as He promised in Jeremiah 29:10: "I will fulfill to you My promise and bring you back to this place." The prophecy from Isaiah 45:1-7 about this time is very amazing. Not only does the Lord name Cyrus specifically as the restorer of His people over a century before the Persian King was born, He also refers to Cyrus as being God's anointed, despite the fact that the man was a foreign pagan. Remember, God commanded His priests to anoint prophets, priests, and kings. And there are also the prophesies of the Anointed One, which in Greek is Christos, or Christ. Just as 2 Chronicles 36:22 reports to us, God fulfilled His promises in Isaiah 45 to give military success and political power to King Cyrus for the sake of God's chosen people Israel--and for your sake! As God says prophetically to Cyrus in Isaiah 45:5-6, "I equip you, though you do not know Me, that people may know, from the rising of the sun and from the west, that there is none besides Me; I am the LORD, and there is no other." For among those who returned to the Promised Land with the help of Cyrus were ancestors of Jesus, to whom all authority in heaven and on earth has been given. While guiding world history, Christ directed the servants of His Church to go out into all the world and find you, teaching you to know Him as the only God, so that by the forgiveness of your sins, you could live in His kingdom in everlasting righteousness, innocence, and blessedness. In the Name + of Jesus. Amen. O God, the protector of all who trust in You, have mercy on us that with You as our ruler and guide we may so pass through things temporal that we lose not the things eternal; through Jesus Christ. Amen. Audio Reflections Speaker: Pastor Duane Bamsch

St. James of Jerusalem, Brother of Jesus and Martyr

Today's Reading: Acts 15:12-22 Daily Lectionary: Deuteronomy 24:10-25:10; Matthew 16:13-28 After they finished speaking, James replied, "Brothers, listen to me. Simeon has related how God first visited the Gentiles, to take from them a people for his name." (Acts: 15:13-14) In the Name + of Jesus. Amen. James of Jerusalem, the brother of our Lord: What a turn around this guy did! If you read the Gospels you will come upon the occasional instances when Jesus is milling around His home country and His brothers try to stop by for a chat. Now this is not in order to catch up on times gone past, but it is because they think their older brother, Jesus, has gone crazy. And who can blame them? They grew up with this man who is now claiming to be the Messiah. I wouldn't believe my weirdo brother either. But at some point after the resurrection, James comes to faith. Paul mentions that Jesus appeared to James just like He did to Paul. And miraculously, James, just like Paul, was converted. Then God used James, this old doubter of His Son, to testify to the truth of His Son in the city of Jerusalem. James is given to be the head of the church in Jerusalem: We might call him a bishop. His most important point of business is to distinguish between the Gospel unto salvation and those pushing the works of the Law unto salvation. The Circumcision Party had been going around Judea and Galilee and all the known world pushing the works of the Law instead of proclaiming Christ. Their gospel was a gospel of "Make yourself worthy through the works of your hands and then you might be deserving of the things of Jesus." But James knew this to be rubbish, for how had he ever made himself worthy of Jesus? James had rejected Jesus throughout his whole earthly life and needed a special post-resurrection appearance in order to believe. There was no way that he was going to ever allow those pushing works-righteousness to obscure the Holy Gospel of Christ crucified. And so James hears Paul's testimony and the whole council agrees with him and Barnabas: Salvation is open, free and clear to the Gentiles, just as much as it is to the Jews. It is for James' stand for the Gospel that we give thanks this day. Christ Jesus is for all and there is no work of the Law needed to make oneself worthy. In the Name + of Jesus. Amen. May God bestow on us His grace, With blessings rich provide us; And may the brightness of His face To life eternal guide us. That we His saving health may know, His gracious will and pleasure, And also to the nations show Christ's riches without measure And unto God convert them. ("May God Bestow on Us His Grace" LSB 823, st.1) Audio Reflections Speaker: Pastor Duane Bamsch

Friday of the 20th Week after Trinity

Daily Lectionary: Deuteronomy 21:1-23; Matthew 16:1-12 And if a man has committed a crime punishable by death and he is put to death, and you hang him on a tree, his body shall not remain all night on the tree, but you shall bury him the same day, for a hanged man is cursed by God. (Deuteronomy 21:22-23c) In the Name + of Jesus. Amen. This seems to be a bit of a throw-away line. It doesn't make much sense in the context of the rest of Deuteronomy 21, other than the fact that it is indeed another law heaped out for the masses to fulfill. There is no real connection between unsolved murders and marrying the women whom you have made captive. And as for the direct tie to inheritance rights and how to treat a rebellious son, your guess is as good as mine. But if you read the Old Testament in the light of the New, if you have the lens of Jesus to peer through as you trudging your way through Moses and his first five books of the Bible, then throw-away verses like this tend to have a little more meaning to them. Paul seemed to figure this out. Or better said, the Holy Spirit apparently enlightened Paul in this matter and so he has gone ahead and enlightened us as well. In the third chapter to his letter to the Galatians, Paul is arguing against the works of the Law. For truly everyone is cursed by the demands of the Law. It lays out for us an impossibly difficult task: Just read all of Deuteronomy and tell me if you can pull it off. But Christ has freed us from the curse of the Law by becoming a curse for us. That is what Paul says in Galatians 3:13. But he isn't just making up some new sort of theology. He is harkening back to Moses, to our text in Deuteronomy. Jesus is that dead guy who is hanging on the tree. And yes, He is the One who is cursed by God. Cursed by God because your sin and my sin is upon Him. Cursed by God because Jesus has become sin. And in this, we have faith and are saved. For faith is of the Gospel, not of the Law. Works are of the Law, but we are saved by the Gospel, by faith in the Gospel, by faith in the Gospel of Jesus, by faith in the Gospel of Jesus hanging on the Cross for you. In the Name + of Jesus. Amen. Upon the cross extended See, world, your Lord suspended.Your Savior yields His breath. The Prince of Life from heaven Himself has freely given To shame and blows and bitter death. Your soul in griefs unbounded, Your head with thorns surrounded, You died to ransom me. The cross for me enduring, The crown for me securing, You healed my wounds and set me free. ("Upon the Cross Extended" LSB 453, st.1, 5) Audio Reflections Speaker: Pastor Duane Bamsch

Thursday of the 20th Week after Trinity

Today's Reading: Ephesians 5:15-21 Daily Lectionary: Deuteronomy 20:1-20; Matthew 15:21-39 Addressing one another in psalms and hymns and spiritual songs, singing and making melody to the Lord with your heart, giving thanks always and for everything to God the Father in the name of our Lord Jesus Christ, submitting to one another out of reverence for Christ. (Ephesians 5:19-21) In the Name + of Jesus. Amen. Paul lays out how it is we are to serve our neighbor, how we are to love them as ourselves. There are a lot of specifics at the end of Ephesians. Paul doesn't shy away from how the Christian, the New Man in Christ, is to act. As has been said many times before, the Law shows you what love looks like. You don't have to guess. You don't have to wonder how you are to love your neighbor. The Law will tell you. And one of the most foundational ways that we are to love our neighbor is by submitting or subjecting ourselves to them. Now, we don't like that word because it comes with the connotation of "less than vs. greater than," but that is not our Lord's intention. We submit to each other as the situation calls for it. God is the God of order and that means we all hold different vocations. That is good. That is exactly how it should be. Within a family there is a father and a mother, children and grandparents, aunts and uncles, and each member of the family fits under or over someone else. The same thing is true for your place of work or school, your sports teams or social clubs, or society in general. We are all given different vocations and we fulfill them accordingly. The one in subjection recognizes the authority that God has given to the one who is over him. And so we do not fight against that or despise it. We thank the Lord that He has created for us a life of order and not one of chaos. The one in authority also recognizes something; he has been given that authority, not so that he can be served, but so that he can serve those under him. The one with authority takes his cue from the One with all authority, Christ Jesus. He came as a servant to all, even being willing to lay down his life. So, too, do we serve our neighbor selflessly and lovingly. All of this is a good gift from above. And we always give thanks for everything to God the Father in the Name of our Lord Jesus Christ, for He gives for our good and we receive His gifts with joy. In the Name + of Jesus. Amen. Penitent sinners, for mercy crying, Pardon and peace from Him obtain; Ever the wants of the poor supplying, Their faithful God He will remain. He helps His children in distress, The widows and the fatherless. Alleluia, alleluia! ("Praise the Almighty" LSB 797, st.4) Audio Reflections Speaker: Pastor Duane Bamsch