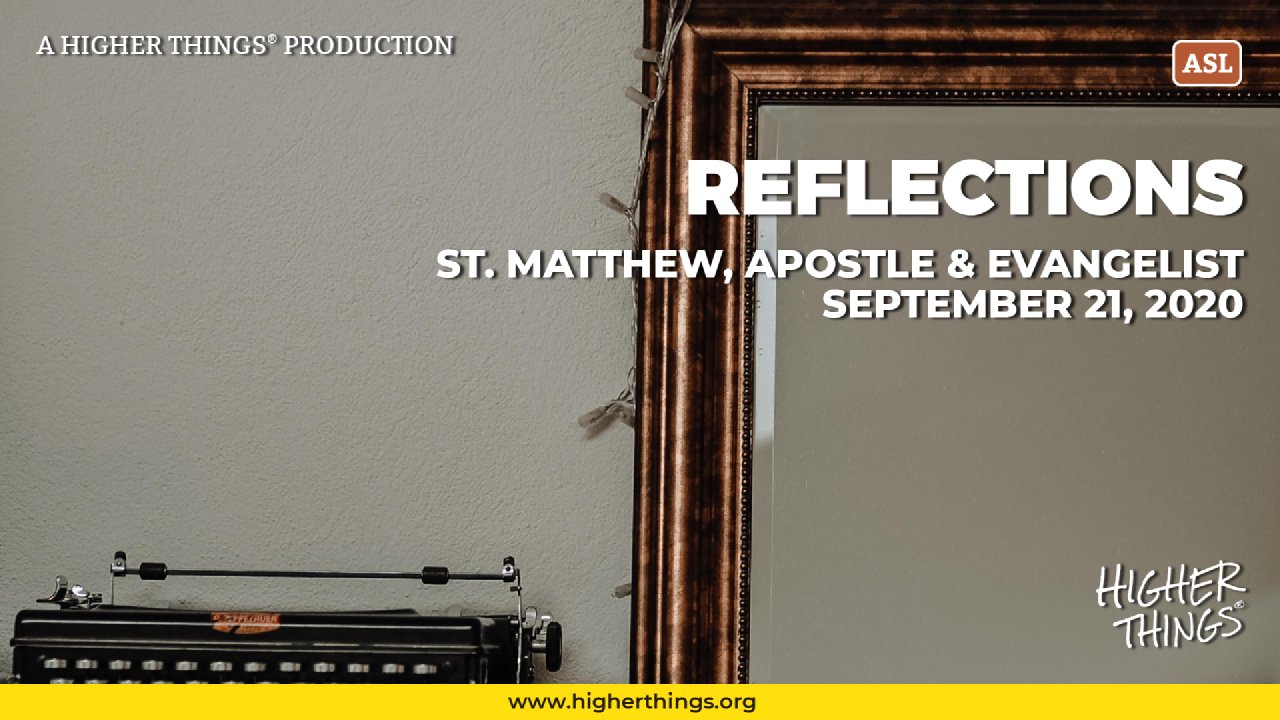 Today's Reading: Matthew 9:9-13 Daily Lectionary: Nehemiah 5:1-16; 6:1-9, 15-16; 1 Timothy 4:1-16 As Jesus passed on from there, He saw a man named Matthew sitting at the tax office. And He said to him, "Follow Me." So he arose and followed Him. (Matthew 9:9) In the Name + of Jesus. Amen. Matthew was a tax collector. He worked for the hated Romans to make sure the Jewish people paid their taxes to the pagan emperor. His job was to tell people what they owed. His job was to collect what was due. Then Jesus shows up. He calls Matthew from being a tax collector to being an apostle, a witness to His life and death and resurrection, and a preacher of that Good News. Jesus turns Matthew from a guy who tells people what they owe into a herald proclaiming that they no longer owe anything to God. Matthew has gone from being a debt-collector to a debt releaser! The Greek word "evangelion" is translated "Gospel" and it literally means "Good News." Not bad news. Not scary news. Good News that cheers our hearts and proclaims something surprising and happy: God has forgiven your debts. They have been paid in full by the blood of Jesus! You owe God nothing. You have been set free. This was such Good News that Matthew is not only an apostle, a preacher of this Good News to the world, he was also an evangelist, one of the four who wrote it down in the book of the Bible that bears his name. Matthew's life changed that day when Jesus called Him. He learned that life is not about collecting but about letting go. The evangelist recorded Jesus' words that His Supper is given "for the forgiveness of sins" and that disciples would be made by baptizing sinners. That is taking the debts of sinners and stamping them with the great big stamp of "Paid in full" in the ink of Jesus' blood. Your account is cleared. You owe God nothing. Now you can go and cancel the debts of those around you. They don't owe the Lord or you. Debts have been cancelled! Sins are forgiven! Thank you, Matthew, for the Good News! In the Name + of Jesus. Amen. Praise, Lord, for him whose Gospel Your human life declared, Who, worldly gain forsaking, Your path of suff'ring shared. From all unrighteous mammon, O raise our eyes anew That we in our vocation May rise and follow You. ("By All Your Saints in Warfare" LSB 518, st. 25)