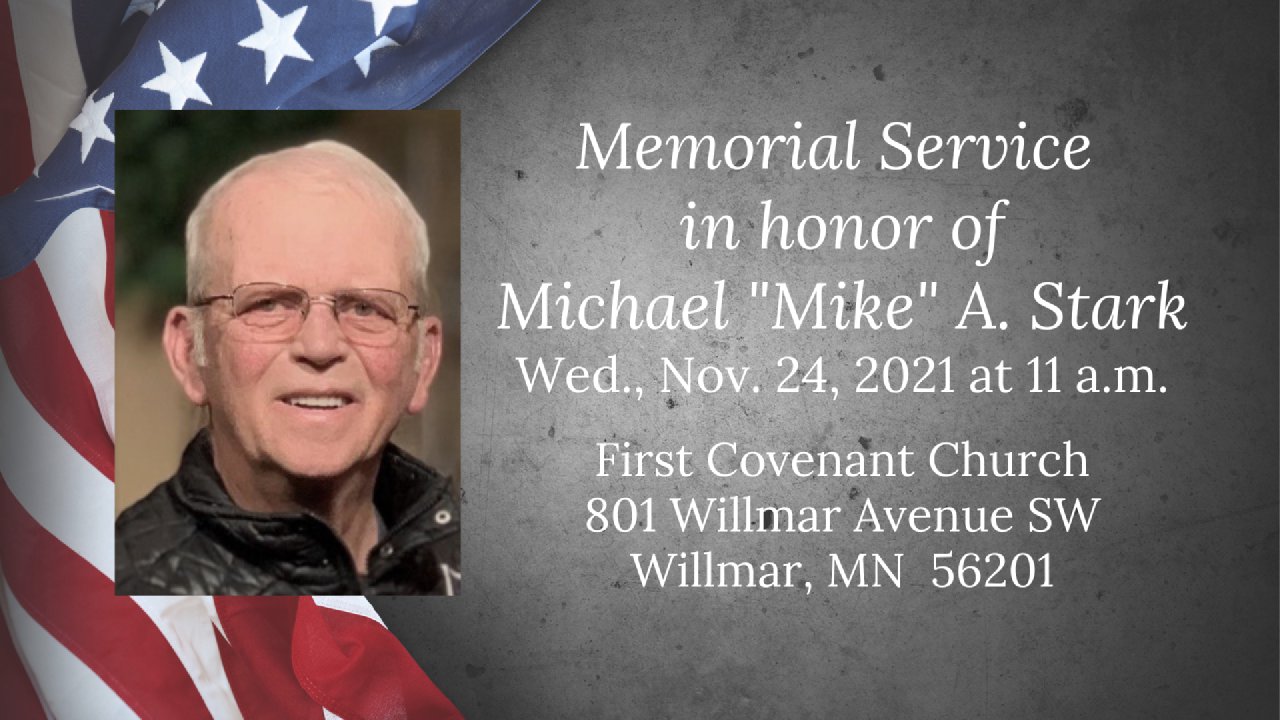 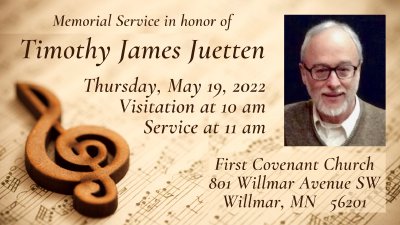 Timothy “Tim” James Juetten passed away at his home on January 4, 2022. He was 70 years old. Tim was born June 25, 1951, in Antigo, Wisconsin, to Gearaldine and Arthur Juetten. He married Jane Juetten (nee Friedl) at St. Benedict Catholic Church in Avon, MN. They were married for 35 years. They joyously welcomed five daughters into their lives. Tim worked as a music therapist at Willmar Regional Treatment Center for 25 years. He was known for his willingness to help others and his abundant sense of humor, especially his dad jokes. He had a great love for music and shared his lovely tenor voice in his church choir and performed at weddings and funerals. Tim is survived by his wife, Jane; five children, Sarah Juetten of Anchorage, AK., Laura (Jason) Weyer of Fargo, ND., Melissa Juetten of Anchorage, AK., Rachel (Jordan) Junkermeier of St. Joseph, MN., Katheryn Juetten (and her partner Alex) of Willmar, MN.; two grandchildren Ian and Abigail Weyer and his sister, Mary Lambrix and her family, He was preceded in death by his parents. 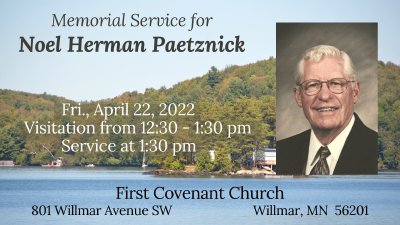 Noel H. Paetznick, age 89, of Willmar, passed away Sunday morning, December 26, at Carris Health Rice Memorial Hospital. Noel Herman Paetznick was born on November 26, 1932, in Paynesville, Minnesota, the son of Herman and Esther (Zimmerman) Paetznick.  He grew up in Paynesville and in 1946, his family moved to Willmar.  In 1950, Noel graduated from Willmar High School and attended St. Cloud State Teachers College.  He earned his teaching degree in 1955 and began teaching in Lynd.  From 1957 to 1959, Noel served in the U.S. Army.  On December 27, 1957, he was married to Barbara Louise Leaf and they lived briefly at Ft. Knox, Kentucky.  In 1959, they moved to Lynd and he resumed teaching.  Noel later taught in Eden Valley before moving to Willmar in 1964, where he has taught since his retirement in the early 1990’s.  Following retirement, Noel continued working as a substitute teacher for the Willmar Public Schools.  He enjoyed coaching boys junior high basketball at Eden Valley and for many years in Willmar.  Later Noel spent many seasons as a basketball referee in the Willmar area and summers teaching Drivers Education classes.  He was an active member of the First Covenant Church, serving as church chairman, adult Sunday school teacher and assisted with confirmation classes.  He was a mentor to many youths throughout the years. Noel enjoyed spending time outdoors (all year round) at the family cabin on Lake Koronis fishing, canoeing, hiking, bird watching, ice fishing, snow shoeing and cross-country skiing.  He also enjoyed the annual family trips to the Boundary Waters Canoe Area.  Noel loved his family dearly.  He was proud of all his children, grandchildren and great grandchildren and was proud of being involved in their lives. He is survived by his wife, Barbara; three children, Mark (and Jo) Paetznick of Bloomington, Mary Jo (and Larry) Eckblad of Mason City, Iowa and Karin (and Russ) Rein of Dundas; seven grandchildren and five great grandchildren.  Also surviving is a sister-in-law, Kay Paetznick of Apple Valley, besides other relatives and friends. He was preceded in death by his parents and one brother, Daniel Paetznick. Arrangements are entrusted to the Peterson Brothers Funeral Home.  www.petersonbrothers.com