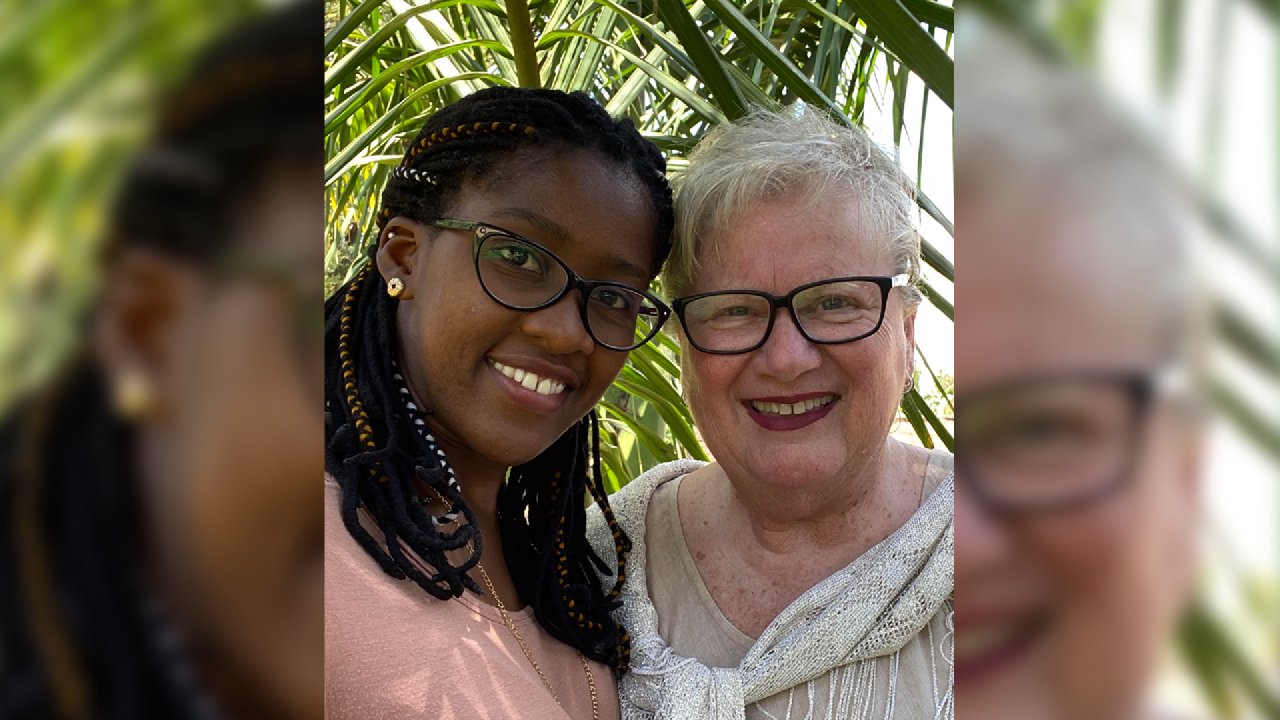 For nearly 15 years Alice has been living in and loving the people of Moshi, Tanzania and other areas of TZ as the Lord leads. She continues to carry the burden and desires to see the people of Tanzania and the East African Nations come into their rightful place with the Lord Jesus Christ. She sees the desire of the Lord’s Heart for His creation. For the past 9 years Alice has been raising her daughter Gloria, who turns 21 this year in May. She has seen the Lord’s hand on her as she is raising her as a single mom, like so many other women in Tanzania. Gloria will graduate this May from Faraja Siha High School, which is the equivalent of Jr. College. God has given them His Love for one another and Gloria has now come into her own personal walk with the Lord, and is seeking a more intimate relationship with her Heavenly Father. Now Alice and Gloria are learning that HE never gives up, even when we make mistakes and falter and are given this amazing Grace to move forward in wisdom and understanding. After teaching English at Fountain of Hope from 2011 till the end of 2014, and having bilateral knee replacements in January of 2015, she is now back in Tanzania since June 2015 working with the local church, International Christian Center (ICC). Alice is the Communications Co-coordinator for all the church events and ministry outreaches. She brings daily and weekly communications to the community of believers for ICC. She is also very involved with the Women’s Ministry who meets every week to plan evangelical outreach to our neighbors. The first House of Victory (BELOVEDS) was opened in April 2014 before Alice went to the US for her surgery. There have been now 3 groups of BELOVEDS who have come off the streets from the red-light district. These ladies and their children have been radically transformed by the LOVE of GOD. Even now, the ministry is in a Restructuring Season as we are now partnered with GLOBAL TEEN CHALLENGE (GTC) here in the Kilimanjaro Region of Tanzania. As the Restructuring Team (RT) meets weekly to align with the GTC Standard of Operations, Alice is the co-ordination Secretary. The RT has a goal to be back on the streets very soon to receive the new BELOVEDS into a new home. In January of this year, 2017, Alice took on a new role as a volunteer Administrative Co-Coordinator for the New Lower Primary Day Scholars program. The New Life Foundation (NLF) is registered in Tanzania as a non-profit private boarding school in Milisita, which is about 15 minutes outside of Moshi. The Fountain of Hope Christian School (this is where Gloria spent her first 3 years at school after her Mom died) has always been a school who received 70% of their children who are orphaned or abandoned. NLF has been doing this since 2001. This year they saw the need for Tanzanian parents to bring their children to the school, which is well known for its spiritual and academic excellence. Alice is assisting the current Head Mistress to organize well, so that the school may grow in this new effort. In addition to all this, Alice is also continuing to minister to the leaders of the church here with the Fountain of Grace FOG Ministry. The restoration of life for those who have been pouring into the Tanzanian people’s lives is so needed here. Pastors and leaders of churches are getting ‘burned out’. The goal of FOG is to give them an opportunity to meet with the Lord, in a very natural setting and receive ministry to be strengthened again to labor in the fields. Having a weekend retreat, without outside influence, is changing their lives and transforming their ministries. Alice continues to travel to other nations as well, to teach and preach as the Lord brings opportunity. She would love to hear from you by writing to: alice.limpert@gmail.com, on FB or WhatsApp.