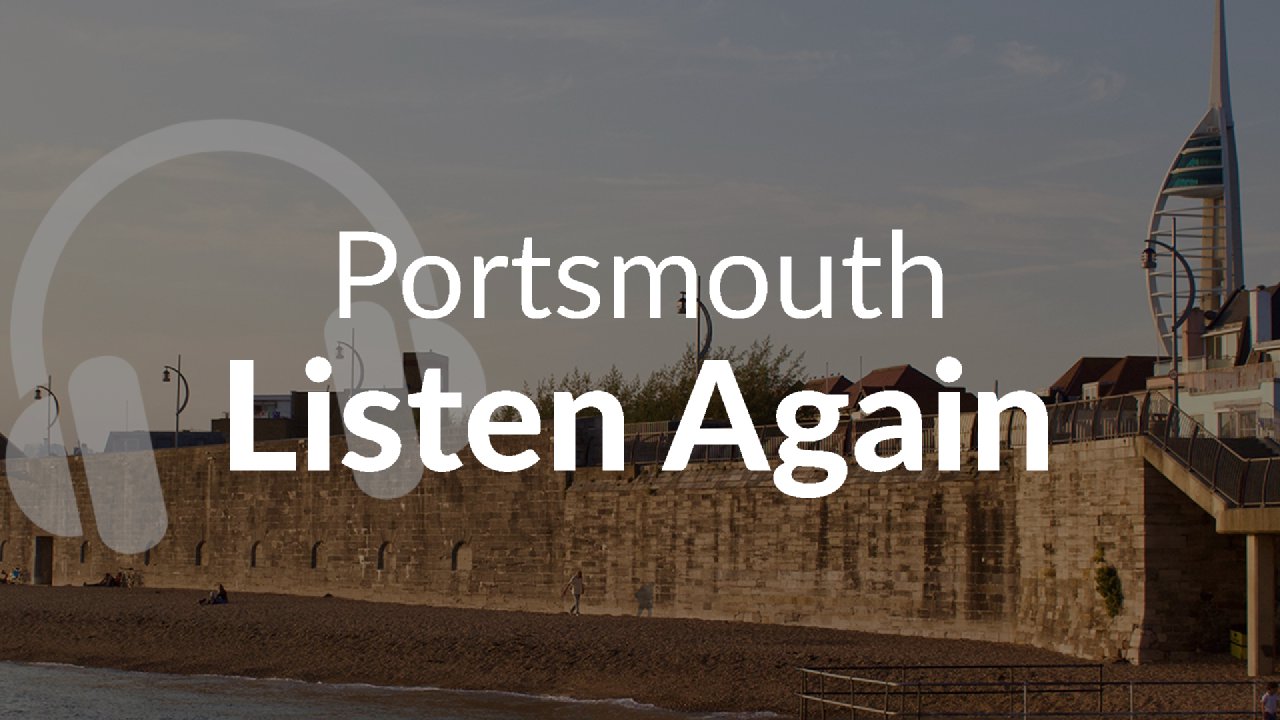 This is My Story

This Sunday’s broadcast was titled “This is My Story”. An exciting Sunday's broadcast where we heard from individuals about how their lives have been transformed by God! Several testimonies from Family Church members about how God has impacted their lives and changed them personally gave gripping insight into how God transforms from the inside in a relational way. Following this, Pastor Andy spoke briefly about transformed lives, people encountering God from the inside out, not outside in as religion tries to. Real lives welcome the opportunity with Jesus and consequently have their lives changed. The bible is full of such stories, especially in the gospels; how Jesus met the lady at the well whose life was out of control, when Jesus met the religious Nicodemus (a Pharisee and member of the Sanhedrin) and answered questions leading to his life changing. Zacchaeus (Luke 19:1) was a tax collector and a thief, but he wanted to see Jesus. Being not too tall he climbed a tree to be able to see Jesus pass by. Amazingly, Jesus tells him to come down immediately and tells him he wants to come to his home. People saw that Jesus was a guest of a sinner, not preaching, but only sitting eating with Zacchaeus who consequently says he will give half his money to the poor and repay people four times anything he had robbed them! Jesus announces how salvation has come to Zacchaeus’ house, how the Son of man has come to save to lost. It’s a great story as Zacchaeus would not have wanted religion, being a tax collector he would have seen such people as hypocrites…he must have been amazed when Jesus stopped, looked up at the tree and said “today I want to come to your house”. We note Jesus did not preach to him or tell him off for his sins; just being in the presence of Jesus was enough to cause the transformation of Zacchaeus life. Previously he had been a thief, now he wanted to recompense everyone! In the moment of encounter with Jesus everything had changed, just as we heard from other people today during the service. When you really meet Jesus, everything inside you changes. Suddenly the life that matters breaks out and relationships begin. God is an incredible God, still changing lives in present days just as in biblical times. 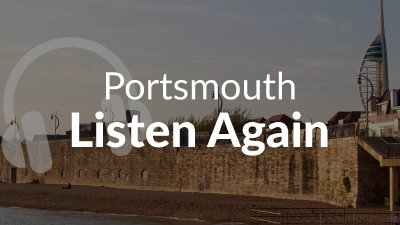 Learn from Jesus is the title for this week’s message given by Pastor Steuart Payne. Lockdown and loss of weekly gatherings has presented many challenges, the loss of God’s presence in a large meeting possibly the greatest. The need for our own personal relationship with God is now paramount. In Matthew 11 Jesus speaks of taking the yoke from those who are heavy laden, giving them rest. There are two actions we must take daily – coming to Him and learning from Him. Jesus is the one who releases us from every burden including all our sins. We need to draw close to Jesus, opening our hearts to the work of the Holy Spirit. The Holy Spirit’s role is to lead us and teach us every step of way as we make the choice to walk with Jesus and couple ourselves to him. Sometimes ignorance, laziness, fear of losing control or pride makes us unteachable but we need to walk with and learn from Jesus every day, not just hang out with him occasionally.

Pastor Andy speaks about Jesus being the centre of our lives, being Jesus Centric. Jesus deserves to be central to everything we are and everything we do now. We can look at an example of a person being egocentric where they are self-centred believing everything involves around them. But for followers of Jesus, He is to be the centre of all things in our lives. But we've sung more recently where it says Jesus at the centre of it all …..It’s a great song but we have to ask ourselves a question: Is that more than a song in our life? Is Jesus the centre of it all? Is He the centre of our relationships, finances and our view on things happening in life? Romans 11:36 (ESV) says “For from him and through him and to him are all things. To him be glory forever. Amen” speaking of the supremacy of Christ. In reality, we need to divide our lives up into sections or subcategorize things so that we can begin to ask ourselves honest questions. He should be central to our Gospel message when we're sharing the gospel which should be Jesus centric not work centric based upon what people do or how people perform but Christ centric. All roads do not lead to God. There's one way to Salvation. There's one way to remove the separation between God and man and that's through Jesus Christ only. Acts 4:12 bluntly states (NIV) “Salvation is found in no one else, for there is no other name under heaven given to mankind by which we must be saved”. Jesus went to the cross, shed his blood for our sins and caused a divine exchange that made the guilty innocent. Christ alone did this. Christ Jesus is the key component causing a person to be saved. Salvation is not possible without Jesus. Worship is an expression of our Salvation to the one who saved us - an expression of thanksgiving and gratitude to Jesus. We turn our eyes in worship, bringing our adoration. Let's start a worship revolution and get our eyes back on Jesus. Let's get Jesus centric again and say Jesus my worship may be out of tune, but it's all for you! Let's be Jesus Centric in our worship. The simplest of songs sang out of tune but dedicated from an earnest heart to the one who is seated on the throne are the songs that change the atmosphere. Be encouraged to be a worshipper not when you gather with others. Psalm 22:3 (NIV) says “Yet you are enthroned as the Holy One; you are the one Israel praises”…..Jesus is enthroned in our praises again. Jesus Christ deserves the throne of our lives…..the central place of our lives where everything comes from, everything comes through, and everything returns back to him to enthrone. The key question is however …Who is sitting on the throne of our heart today?

Seeing Jesus for who He is

The title for this week’s message by Pastor Andy is “Seeing Jesus for who He is”. This is in theme of celebrating our children. Matthew 19:13-15 (NIV) says” Then people brought little children to Jesus for him to place his hands on them and pray for them. But the disciples rebuked them. Jesus said, “Let the little children come to me, and do not hinder them, for the kingdom of heaven belongs to such as these.” When he had placed his hands on them, he went on from there”. Maybe we do not prevent children from coming to Jesus physically but perhaps by not allowing them to have real encounters with Jesus. We can learn from watching the way children are with Jesus. They have no agenda, but a child-like purity. In Matthew 18 Jesus tells his Disciples that if they want to become great in the Kingdom, they need to become child-like (not childish!) in our approach to God. When we are walking with the Lord, we need to have a child-like faith in acceptance of what he says. Adults often become sceptical but this robs us of receiving Jesus, but Jesus actually encourages us to be child-like in their approach. Children see and want Jesus for what He is. Often we see and want Him for what He can do for us! We need to see and know Jesus for what He really is. Jesus is a God of much more than what we usually see Him for. Even during Jesus time on earth, people missed Him because He was not what they were looking for. When the Messiah came, many could not see Him as He didn’t look like they expected or do what they thought He ought to. Such preconceived agendas are only one aspect of a hugely bigger God. The children of Israel in Exodus 24 were busy melting jewellery to make a representation of God as they wanted; meanwhile Moses was on the top of the mountain having a life changing experience! Many of Gods people could not see Jesus even when he was in the room with them as they were looking for a warrior character to overthrow the Roman Empire. Others looked for a ruling king like King David to rule as he did, but rather missed the point that Jesus’ throne was a heavenly one! Being saved from their own sins was more necessary than being saved from the Roman rule but this passed them by. Even after Jesus had died and risen before their eyes (Acts 1) the disciples ask if He was going to restore the kingdom to Israel. Their preconditioned thinking was of a Messiah coming to overthrow natural rule, missing the point of who Jesus was and why He had come to earth. Even John the Baptist got confused for a while because what Jesus was doing didn’t register with his expectations - (Luke 7:19 NIV) says “Are you the one who is to come, or should we expect someone else?” John had also thought Jesus should be overthrowing Rome, not sitting with children, healing people, forgiving sins. Children tend to have an attitude of “we want to know you as you are”. Adults tend to want to fit Jesus into their self-made boxes. Jesus was God on earth, the full and total manifestation of everything God the Father was and is. Colossians 2:9 (ESV) states “For in him the whole fullness of deity dwells bodily”. Jesus is not just a representative of heaven; He is the fullness of God in every respect. All we need to know about God we can see in Jesus and His Word. Let us see Jesus for who He really is. Let us have a child-like faith and a child-like approach.