The Prodigal’s Journey from Shame to Grace 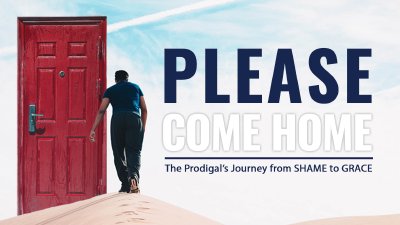 "Can a self-righteous heart be changed? Yes. But it's not easy."

"C.S. Lewis, in 'Mere Christianity,' said this: 'The sins of the flesh are bad, but they are the least bad of all sins. All the worst pleasures are purely spiritual.' As we look at the Prodigal Son's older brother, we'll see that old Clive from Oxford was quite right."

From Shame to GRACE

There’s a saying, 'the journey of a thousand miles begins with a single step.' So it is with the journey to a better life—toward a better you. It’s not enough to want to change—we have to be willing to take that first step.

All changes in our lives begin with DECISIONS--choices we make. They can be good or bad. Good choices are better.

Sin never stays in a vacuum. It always brings consequences. Real ones. They hurt. The prodigal has thus far been on a sin binge. Party time. But here’s the thing—what about when the party’s over?

The Road to Ruin

The Parable of the Prodigal Son is a powerful cautionary tale. We are ALL potential prodigals. And if you’re someone who recoils at what I just said, you may be the most vulnerable of all, because the scriptures are clear: 'Therefore let him who thinks he stands take heed lest he fall.' (I Corinthians 10:12 NKJV)