The Role of Civil Government 2021 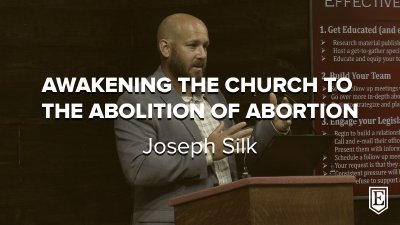 AWAKENING THE CHURCH TO DEMAND THE ABOLITION OF ABORTION: Joseph Silk 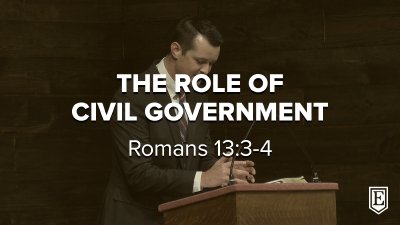 DOCTRINE: The role of those in civil government is to obey their Master, Christ, be a terror to evil doers, approvers of good conduct, promoters of good, and instruments of God’s wrath on the wicked. I. GOVERNING AUTHORITIES HAVE BEEN APPOINTED BY GOD AS HIS SERVANTS (Romans 13:1-2, 4) I) The Lord Jesus Christ is the King of kings and the Lord of lords right now (1 Timothy 6:15). II) All human authority is delegated by God, and therefore accountable to Him (Romans 13:1). III) A servant does not get to choose what he does; his duty is to be faithful to his Master (Luke 17:10). IV) The only way for a servant to concretely know what his Master commands is through his Masters’ words (Deuteronomy 17:18). V) The servant who makes it his aim to obey his Master will be rewarded (Matthew 25:21). VI) If a servant does not know what his Master commands, the Master will give him a beating (Luke 12:48). VII) If a servant does not do what his Master commands, the Master will give him a severe beating (Luke 12:47). VIII) If a servant turns into a tyrant, the Master will cut him into pieces (Luke 12:46). II. GOVERNING AUTHORITIES MUST BE A TERROR TO THOSE WHO DO EVIL (Romans 13:3a) III. GOVERNING AUTHORITIES MUST APPROVE OF GOOD CONDUCT (Romans 13:3b) IV. GOVERNING AUTHORITIES MUST PROMOTE THE WELL-BEING OF THOSE WHO DO GOOD (Romans 13:4a) V. GOVERNING AUTHORITIES MUST CARRY OUT GOD’S WRATH ON THOSE WHO DO EVIL BY BEARING THE SWORD, NOT IN VAIN (Romans 13:4b) There are many things in our day that God’s civil servants are doing that they should not do, but the biggest issue is that they are not doing what they should do—namely, protecting the weak and the innocent from those that would do them harm. And who is going to tell them their duty if we who are in Christ will not? CONCLUDING EXHORTATION I) Resolve to figure out what God’s civil servants are commanded to do by their Master, according to the Scriptures. II) Resolve to speak to God’s civil servants, according to the Scriptures, so that they may clearly know what their identity and duty is. III) Resolve to hold God’s civil servants accountable to their Master’s commands. IV) Resolve to love God’s civil servants enough to warn them away from the bad and exhort them toward the good. V) Resolve to confess to God and repent of any participation in or apathy toward the abortion holocaust that we have allowed to take place by not holding God’s civil servants accountable. VI) Resolve to love your pre-born neighbors, and, by faith, speak up for those who cannot speak for themselves.