The Doctrines of the Word of God 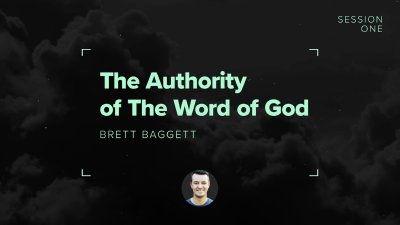 THE AUTHORITY OF THE WORD OF GOD by Brett Baggett 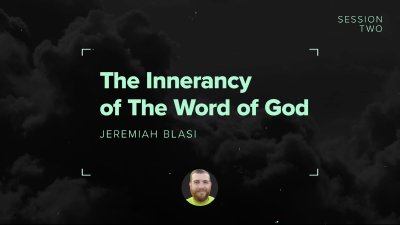 THE INERRANCY OF THE WORD OF GOD: Selected Scriptures 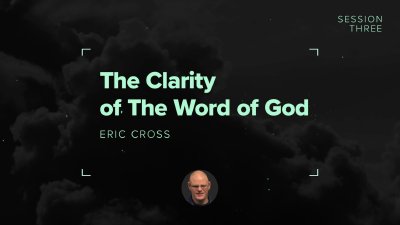 I. The Clarity of Scripture concerning salvation through Christ Jesus. II. The Clarity of Scripture in the pursuit of Christlikeness. Baptist Confession 1689 Chapter I. Paragraph VII. All things in Scripture are not alike plain in themselves, nor alike clear unto all; yet those things which are necessary to be known, believed and observed for salvation, are so clearly propounded and opened in some place of Scripture or other, that not only the learned, but the unlearned, in a due use of ordinary means, may attain to a sufficient understanding of them. 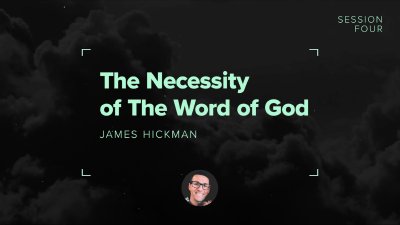 LUKE 16:19-31 19 “There was a rich man who was clothed in purple and fine linen and who feasted sumptuously every day. 20 And at his gate was laid a poor man named Lazarus, covered with sores, 21 who desired to be fed with what fell from the rich man's table. Moreover, even the dogs came and licked his sores. 22 The poor man died and was carried by the angels to Abraham's side. The rich man also died and was buried, 23 and in Hades, being in torment, he lifted up his eyes and saw Abraham far off and Lazarus at his side. 24 And he called out, ‘Father Abraham, have mercy on me, and send Lazarus to dip the end of his finger in water and cool my tongue, for I am in anguish in this flame.’ 25 But Abraham said, ‘Child, remember that you in your lifetime received your good things, and Lazarus in like manner bad things; but now he is comforted here, and you are in anguish. 26 And besides all this, between us and you a great chasm has been fixed, in order that those who would pass from here to you may not be able, and none may cross from there to us.’ 27 And he said, ‘Then I beg you, father, to send him to my father's house— 28 for I have five brothers—so that he may warn them, lest they also come into this place of torment.’ 29 But Abraham said, ‘They have Moses and the Prophets; let them hear them.’ 30 And he said, ‘No, father Abraham, but if someone goes to them from the dead, they will repent.’ 31 He said to him, ‘If they do not hear Moses and the Prophets, neither will they be convinced if someone should rise from the dead.’” 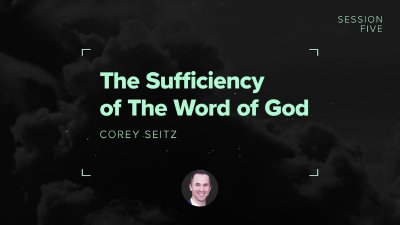 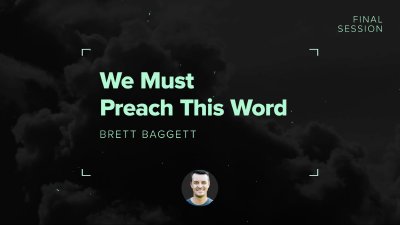 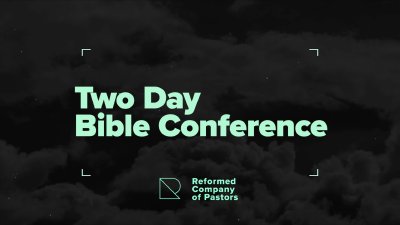 Panel Discussion - The Doctrines of the Word of God

Panel Discussion (left to right) Brandon Allen (Ekklesia Muskogee), Jeremiah Blasi (Lawrence Street Baptist Church), Brett Baggett (Ekklesia Muskogee), Nate Yarbrough (Ekklesia Muskogee), Eric Cross (Ekklesia Eufaula), Corey Seitz (Fellowship Bible Church). Q1. Why this conference specifically concerning the Word of God? :01 Q2. Concerning the doctrines of Scripture's authority, inerrancy, clarity, necessity, and sufficiency, which are under attack in our culture? 4:44 Q3. Are the Scriptures sufficient to guide corporate worship? If so, what should we do when we gather for worship? 17:47 Q4. If I am in a church that seems to be in error, what can I do? 22:59 Q5. How do you do family worship? 28:35 Q6. What books do you recommend? 39:14 - The Holiness of God by R.C. Sproul - Expository Listening by Ken Ramey - Family Driven Faith by Voddie Bachaum - The ESV Study Bible or MacArthur Study Bible or The Reformation Study Bible or The Reformation Heritage Study Bible - A Body of Divinity by Thomas Watson - Anything by the Puritans - Does Inerrancy Matter by James Montgomery Boice - Inspiration by BB Warfield and A.A. Hodge - Life in Christ by Martyn Lloyd Jones - Anything published by Banner of Truth