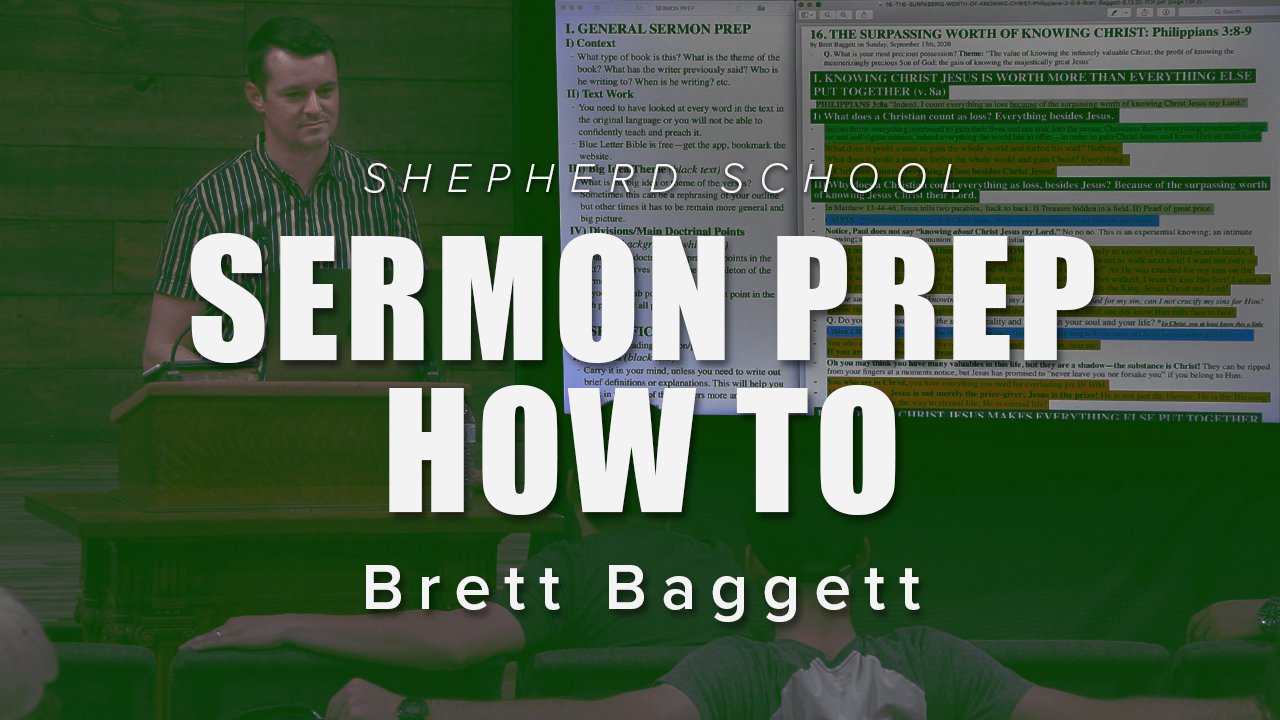 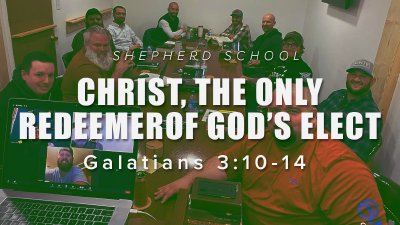 CHRIST, THE ONLY REDEEMER OF GOD’S ELECT: Galatians 3:10-14 - Shepherd School

BIG IDEA: You are not the redeemer of God’s elect; the Lord Jesus Christ is the only redeemer of God’s elect. Christ redeemed His people by becoming a curse so that we would receive the blessing. I. YOU CANNOT JUSTIFY YOURSELF BEFORE GOD, YOU CAN ONLY DAMN YOURSELF (v. 10) Galatians 3:10 “For all who rely on works of the law are under a curse; for it is written, “Cursed be everyone who does not abide by all things written in the Book of the Law, and do them.” II. THE LAW CANNOT JUSTIFY YOU BEFORE GOD, YOU CAN ONLY BE JUSTIFIED THROUGH FAITH IN CHRIST JESUS (v. 11-12) Galatians 3:11-12 “11 Now it is evident that no one is justified before God by the law, for “The righteous shall live by faith.” 12 But the law is not of faith, rather “The one who does them shall live by them.” III. YOU CAN ONLY BE JUSTIFIED BEFORE GOD BY FAITH IN CHRIST BECAUSE HE DIED TO REDEEM CURSED SINNERS (v. 13) Galatians 3:13 “Christ redeemed us from the curse of the law by becoming a curse for us—for it is written, ‘Cursed is everyone who is hanged on a tree.’" IV. CHRIST WAS CURSED ON THE CROSS SO THAT YOU WOULD BLESSED BOTH NOW AND FOREVER (v. 14) Galatians 3:14 “so that in Christ Jesus the blessing of Abraham might come to the Gentiles, so that we might receive the promised Spirit through faith.” 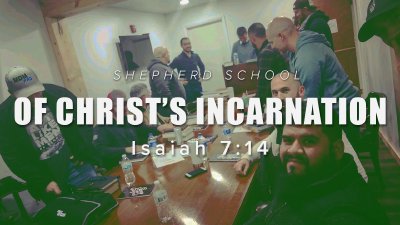 I. The LORD will not let His people be destroyed (v. 14a) II. The LORD Himself will confirm this truth by giving a sign (v. 14b) III. The LORD's sign of rescue will be a virgin conceiving and bearing a Son (v. 14c) IV. The Son shall be called "Immanuel" because that is who He is (v. 14d) 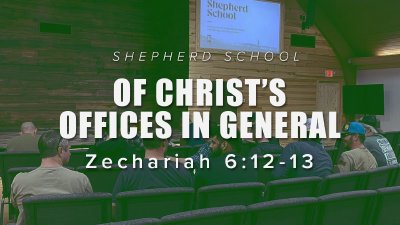 THE LORD JESUS CHRIST, THOUGH IN HIS INCARNATION SEEMED TO HAVE NO GLORY, IS THE BRANCH THAT WILL ESTABLISH GOD’S SAVING RULE (v. 11-12) Zechariah 6:11-12 “11 Take from them silver and gold, and make a crown, and set it on the head of Joshua, the son of Jehozadak, the high priest.” 12 And say to him, ‘Thus says the Lord of hosts, Behold, the man whose name is the Branch: for he shall branch out from his place and he shall build the temple of the Lord.” I. Our Lord Jesus Christ is the Prophet that builds the Temple of God through the preaching of the gospel (v. 13a) Zechariah 6:13a “It is he who shall build the temple of the Lord...” II. Our Lord Jesus Christ is the King that rules and protects God’s people as well as destroys His enemies (v. 13b) Zechariah 6:13b “and shall bear royal honor, and shall sit and rule on his throne.” III. Our Lord Jesus Christ is the Priest that purifies God’s people through the sacrifice of His flesh (v. 13c) Zechariah 6:13c “And there shall be a priest on his throne,“ IV. Think on how Christ’s offices agree! Zechariah 6:13b “and the counsel of peace shall be between them both.” The Prophet that reveals our guilt is the Priest that removes it by His death. The Priest that removes our sin-stains is the King that changes our sin-hearts by His resurrection. The King which commands our obedience is the Prophet and Priest that counts us righteous by His life. Oh, look to Christ in faith as Prophet, Priest, and King! Is Christ your Prophet? Is Jesus your Priest? Is the Son of God your King? CALVIN: “The Prophet is bid to set the two crowns on the head of the high priest. This, as I have said, was intended as a symbol to denote the union of the two dignities in the person of Christ. It was necessary until the coming of Christ to select the high priest from the posterity of Aaron; and it was also required that the kings should be from the seed of David; so that we observe a distinction between the royal office and the priesthood, not only as to the persons, but also as to the families.” CALVIN: “Doubtless we observe that there is here some change in the past order of things, and that there is something unusual set forth. But there is nothing new in this, — that the Redeemer, who had been promised, should be eminent as a king and a priest; for this had been predicted in the hundred and tenth Psalm, “Jehovah said to my Lord, sit on my right hand,” — this is what belongs to the right of a king; it afterwards follows, “Thou art a priest for ever, according to the order of Melchizedec.” Though kings must then have been chosen from the family of David and the tribe of Judah, and though priests must have then been taken from the Levitical tribe, yet the Spirit foretold, that a king would come who was to be a priest, as had been the case with Melchisedec. This very thing is what the Prophet now confirms.” “Take away the diadem; set it aside, set it aside, set it aside, until he shall come, whose it is.” (Ezekiel 21:26.) Calvin “he was to bear this honor for a time, in order that the Jews might understand that one was to arise who would be both a king and a priest. Hence he says, that there would be a man, whose name was to be Branch” Calvin: “What the Prophet then had in view, was to show to the Jews that those things were spoken in vain, as to them, if they did not attend to God. And he shows the way in which they were to be attentive, even by hearing the voice of God, that is, by renouncing their own thoughts, and by not esteeming God untrue, though he promised what seemed incredible. If then they denied themselves, banished their own imaginations, wholly attended to God’s word, and believed what he had said as a Prophet, he assures them that they would really find that which he taught them to be true to their own salvation, even this — that Christ would come to be a king and a priest, to secure perfect happiness to his people.”