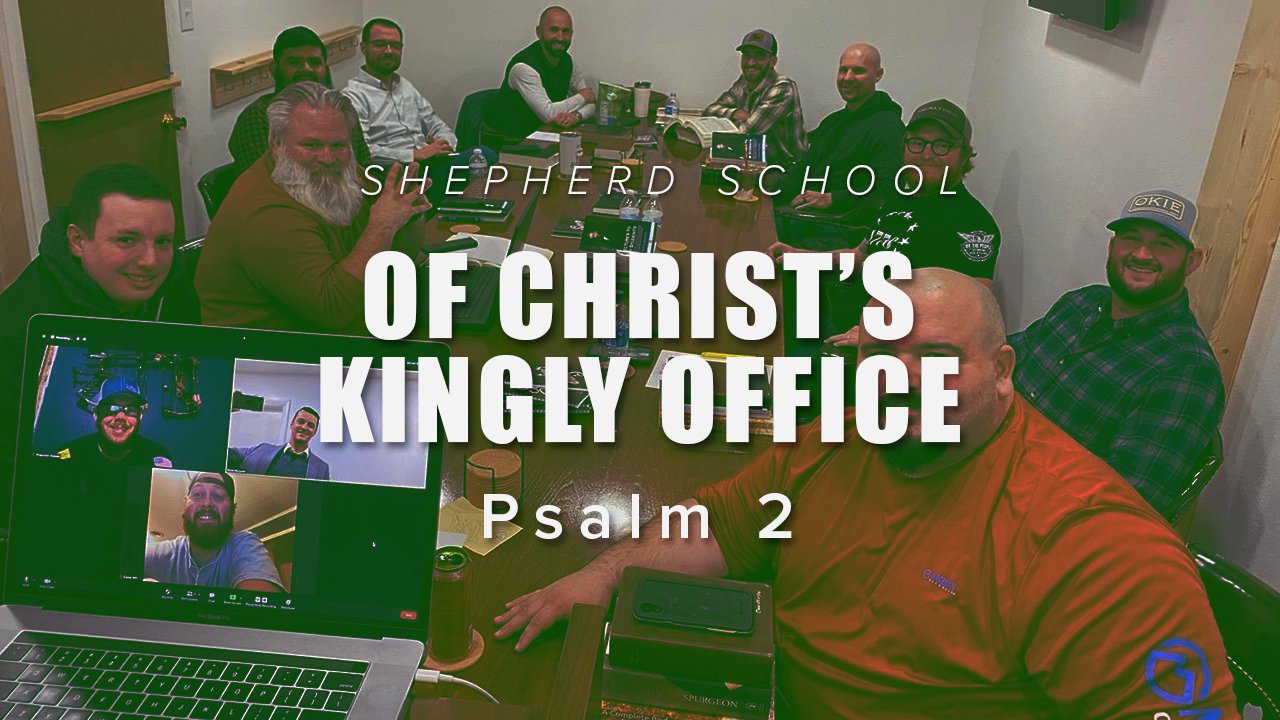 BIG IDEA: Rebels to the crown will be utterly defeated by the King of wrath and grace, the Lord Jesus Christ. I. WHAT DO REBELS DO? (vv.1-2) I) Rebels rage against the LORD (v.1a) Psalm 2:1a “Why do the nations rage” II) Rebels plot against the LORD (v.1b) Psalm 2:1b “and the peoples plot” III) Rebels raging and plotting are only vanity (v.1c) Psalm 2:1c “in vain?” IV) Rebels set themselves against the LORD and against His anointed (v.2) Psalm 2:2 The kings of the earth set themselves, and the rulers take counsel together, against the Lord and against his Anointed…” V) Rebels set themselves against the LORD and against His anointed (v.2) Psalm 2:2 “The kings of the earth set themselves, and the rulers take counsel together, against the Lord and against his Anointed…” II. WHAT DO REBELS SAY? (v.3) I) Rebels lie about the Law of God and say it should be overthrown (v.3) Psalm 2:3 “2b saying, 3 Let us burst their bonds apart and cast away their cords from us.” III. WHAT DOES THE LORD SAY IN RESPONSE TO REBELS? (vv. 4-6) I) The LORD mocks the rage and vain plots of rebels (v.4) Psalm 2:4 He who sits in the heavens laughs; the Lord (adonai) holds them in derision. II) The LORD speaks wrathfully and terrifyingly against rebels (v.5) Psalm 2:5 “Then he will speak to them in his wrath, and terrify them in his fury,” III) The LORD mocks and terrifies rebels by pointing to His Anointed King (v.6) Psalm 2:6 “5b saying, 6 ‘As for me, I have set my King on Zion, my holy hill.’” IV. WHAT DOES THE LORD DO IN RESPONSE TO REBELS? (vv. 7-9) I) The LORD gives solid evidence that His Son is the King (v.7) Psalm 2:7 “I will tell of the decree: The LORD said to me, “You are my Son; today I have begotten you.” II) The LORD gives the nations to the King as His heritage and the ends of the earth as His possession (v.8) Psalm 2:8 “Ask of me, and I will make the nations your heritage, and the ends of the earth your possession.” III) The LORD promises the King will utterly defeat His enemies (v.9) Psalm 2:9 “You shall break them with a rod of iron and dash them in pieces like a potter's vessel.” V. WHAT DOES THE LORD DEMAND OF REBELS? (vv. 10-12) I) The LORD demands all to be wise, the highest to the lowest (v.10a) Psalm 2:10a “Now therefore, O kings, be wise;” II) The LORD demands all to be warned, the highest to the lowest (v.10b) Psalm 2:10a “be warned, O rulers of the earth.” III) The LORD demands that all serve Him with fear, the highest to the lowest (v.11a) Psalm 2:11a “Serve the Lord with fear” IV) The LORD demands that that all rejoice in Him with trembling (v.11b) Psalm 2:11b “and rejoice with trembling.” V) The LORD demands that all rebels Kiss His Son (v.12a) Psalm 2:12a “Kiss the Son,” VI. WHAT DOES THE LORD PROMISE REBELS? (v.12b-d) I) The LORD promises His anger on those who will not Kiss His Son, the Lord Jesus Christ Psalm 2:12b “lest he be angry,” II) The LORD promises all who refuse to submit to the Lord Jesus Christ will perish suddenly and without warning (v.12c) Psalm 2:12c “and you perish in the way, for his wrath is quickly kindled.” III) The LORD promises blessing and happiness to all rebels who do lay down their arms and “Kiss the Son” in faith and obedience (v. 12d) Psalm 2:12d “Blessed are all who take refuge in him.” EXAMPLE OF MINING A TEXT FOR DOCTRINAL TRUTHS FROM RICHARD BAXTER Richard Baxter (1615–1691) once preached before a group of Judges in Worcester (WUSS-ster), England. What text did he choose? Psalm 2:10-12. He truly lived up to his famous saying, “I preached as though to never preach again; as a dying man to dying men.” In this sermon titled The Absolute Sovereignty of Christ, Baxter, almost in passing, makes 14 doctrinal points that we are to gather from the text. I have rephrased them and want to serve them to you! I) Because Christ is King, serving Him is the great work and business that the world must do II) Serving the Christ the King should be accompanied with rejoicing III) Serving the Christ the King should also be accompanied with fear and trembling IV) There is no opposition between spiritual joy and fear— they may and must consist together V) Scripture uses familiar expressions concerning man’s communion with Christ, such as “Kiss the Son” VI) There is anger in God against rebels VII) There is a way to kindle the anger of God and it is man who kindles it VIII) The chief way to kindle God’s anger is by refusing to “Kiss the Son” IX) The kindling of God’s wrath with lead to the perishing of the sinner X) The enemies of Christ shall perish suddenly and unexpectedly XI) A little of God’s anger will utterly undue sinners XII) They are blessed men that escaped God’s wrath and they are miserable that must feel it XIII) It is therefore notorious folly to neglect Christ, and stand out XIV) Kings, Judges, and Rulers of the earth, are the first men that Christ summons in, and the chief in the calamity if they stand out 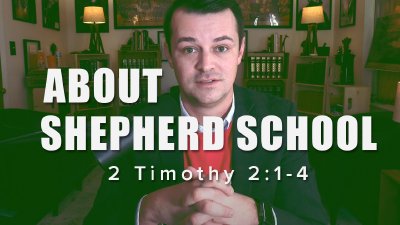 The first practical purpose of Shepherd School is to help every man lead his family. The second is to help him lead his small group, if and when he has one. The third practical purpose is to train up a would-be pastor who “aspires to the office of overseer” so that he may lead Jesus’ church in faithfulness. This is truly “a noble task” (1 Timothy 3:1) and requires that one meet the qualifications laid out in Scripture (1 Timothy 3:1-7; Titus 1:5-9; 1 Peter 5:1-4). In everything we want to be as practical and as helpful as possible. Therefore you will be in class once per week, and in that class you will be taught the Scriptures as well as the 1689 Baptist Confession of Faith. In addition, you will read helpful books throughout the week and then discuss in person with the Pastors. Finally, for those in the certificate path, you will be examined and equipped with proper instructive and corrective training as you write theological essays and biblical expositions. This will all be done so that each man may be “a good soldier of Christ Jesus“ (2 Tim. 2:1-3) to the glory of God. This is not an average Bible study or small group setting. This is training for war. We believe this will be intensely challenging and, by God’s grace, extremely edifying for all involved. WHAT WE CONFESS The 1689 London Baptist Confession of Faith The Chicago Statement on Biblical Inerrancy and Hermeneutics The Statement on Social Justice and the Gospel 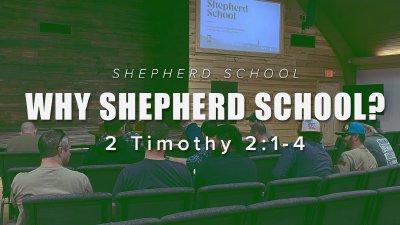 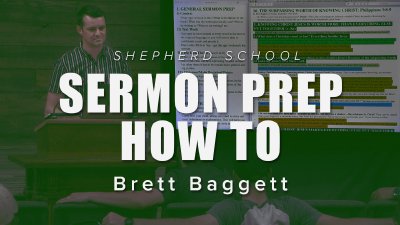