In View of a Call 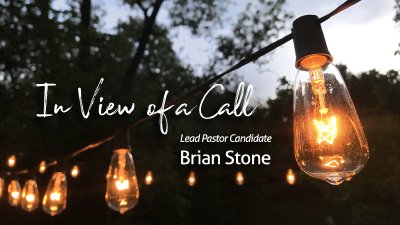 In View of a Call

John 3:16-21 For God loved the world in this way: He gave his one and only Son, so that everyone who believes in him will not perish but have eternal life. For God did not send his Son into the world to condemn the world, but to save the world through him. Anyone who believes in him is not condemned, but anyone who does not believe is already condemned, because he has not believed in the name of the one and only Son of God. This is the judgment: The light has come into the world, and people loved darkness rather than the light because their deeds were evil. For everyone who does evil hates the light and avoids it, so that his deeds may not be exposed. But anyone who lives by the truth comes to the light, so that his works may be shown to be accomplished by God.