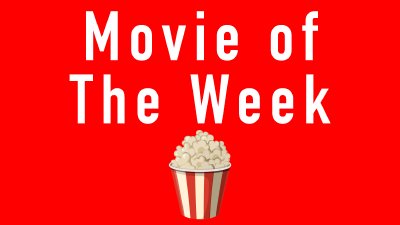 Lisa's Favorite Movie is Remember the Titans In Virginia, high school football is a way of life, an institution revered, each game celebrated more lavishly than Christmas, each playoff distinguished more grandly than any national holiday. And with such recognition, comes powerful emotions. In 1971 high school football was everything to the people of Alexandria. But when the local school board was forced to integrate an all black school with an all white school, the very foundation of football's great tradition was put to the test.

Rodney's Favorite Christian Movie is War Room With great jobs, a beautiful daughter (Alena Pitts) and a dream house, the Jordans seem to have it all. Appearances can be deceiving, however, as husband Tony (T.C. Stallings) flirts with temptation and wife Elizabeth (Priscilla Shirer) becomes increasingly bitter, crumbling under the strain of a failing marriage. Their lives take an unexpected turn for the better when Elizabeth meets her newest client, Miss Clara (Karen Abercrombie), who encourages the couple to find happiness through prayer.

This film depicts the final hours of Jesus Christ, starting from His prayers in the Garden of Gethsemane and His betrayal at the hands of Judas Iscariot. It goes on to show the trials He endured under Pontius Pilate and King Herod as well as the torture and ridicule He suffered in between. Once the death sentence is pronounced, He carries a heavy wooden cross to Golgotha amidst throngs of jeering citizens and horrendous beatings, while a few citizens do what they can to help Him. Throughout this time, we are shown memories from His past with His mother and Disciples, where He gives His teachings. Finally, He is crucified, dies, and is buried, but resurrects from the dead on the third day.

Laurie's Favorite Movie Christian Movie is "War Room". Filled with heart, humor, and wit, WAR ROOM follows Tony and Elizabeth Jordan, a couple who seemingly have it all-great jobs, a beautiful daughter, their dream home. But appearances can be deceiving. In reality, their marriage has become a war zone and their daughter is collateral damage. With guidance from Miss Clara, an older, wiser woman, Elizabeth discovers she can start fighting for her family instead of against them. As the power of prayer and Elizabeth's newly energized faith transform her life, will Tony join the fight and become the man he knows he needs to be? Together, their real enemy doesn't have a prayer.

Melani's Favorite Movie is "End of the Spear" "End of the Spear" is the story of Mincayani, a Waodani tribesman from the jungles of Ecuador. When five young missionaries, among them Jim Elliot and Nate Saint, are speared to death by the Waodani in 1956, a series of events unfold to change the lives of not only the slain missionaries' families, but also Mincayani and his people.

Thomas's Favorite Movie is "Chariots of Fire" It's the post-World War I era. Britons Harold Abrahams and Eric Liddell are both naturally gifted fast sprinters, but approach running and how it fits into their respective lives differently. The son of a Lithuanian Jew, Harold, who lives a somewhat privileged life as a student at Cambridge, uses being the fastest to overcome what he sees as the obstacles he faces in life as a Jew despite that privilege. In his words to paraphrase an old adage, he is often invited to the trough, but isn't allowed to drink. His running prowess does earn him the respect of his classmates, especially his running teammates, and to some extent the school administration, if only he maintains what they consider proper gentlemanly decorum, which isn't always the case in their minds. Born in China, the son of Christian missionaries, Eric, a Scot, is a devout member of the Church of Scotland who eventually wants to return to that missionary work. He sees running as a win-win in that the notoriety of being fast gives him an added outlet to spread the word of God, while he sees his speed as being a gift from God, and he wants to run to honor God and that gift. This view does not sit well with his sister, Jennie Liddell, who sees his running as only taking away time from his work to God. Harold and Eric's lives do intersect in national races, but it is the one hundred meter track event at the 1924 Paris Olympics which the two men and their supporters most anticipate. Beyond the fact that Americans Charles Paddock and Jackson Scholz are favored in the event, the much anticipated head to head between Harold and Eric may be further shadowed by other issues, especially as it affects Eric's Christian beliefs.

In this animated retelling of the Book of Exodus, Egyptian Prince Moses (Val Kilmer), upon discovering his roots as a Jewish slave, embarks on a quest to free his people from bondage. When his plea is denied by his brother Rameses (Ralph Fiennes), the new pharaoh, a series of horrific plagues strike Egypt. Moses finally leads the Israelites to freedom by parting the Red Sea and drowning the Egyptian army. God then gives Moses the Ten Commandments, a list of rules for his people to live by.

Dylan's favorite movie is "I Can Only Imagine". Growing up in Greenville, Texas, Bart Millard suffers physical and emotional abuse at the hands of his father, Arthur. When Arthur becomes terminally ill, he finds redemption by embracing his faith and rediscovering his love for his son. Years later, Bart's troubled childhood and mended relationship with his dad inspires him to write the hit song "I Can Only Imagine" as singer of the Christian band MercyMe.

Anthony's Movie of the week is actually not a movie, but the TV series, "The Chosen". The Chosen is a 2017 television drama based on the life of Jesus Christ, created, directed and co-written by American filmmaker Dallas Jenkins. It is the first multi-season series about the life of Christ, and season one was the highest crowd-funded media project of all time. The series' creators stated that they had hoped to distinguish the new series from previous portrayals of Jesus by crafting a multi-season, episode-based story. The series portrays Jesus "through the eyes of those who met him".

Buddy's pick for Movie of the Week is "God's Not Dead 2" This was the first Christian Movie that he had ever watched. High school history teacher Grace Wesley (Melissa Joan Hart) comes under fire for answering a student's (Hayley Orrantia) question about Jesus. When Grace refuses to apologize, the school board votes to suspend her and threatens to revoke her teaching certificate. Forced to stand trial to save her career, Grace hires young lawyer Tom Endler (Jesse Metcalfe) to defend her in court. Endler devises a powerful strategy to show the jury the historical significance of Wesley's classroom discussion.