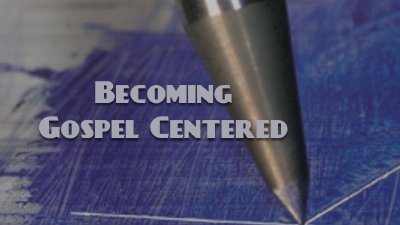 TRUTH: A gospel centered church responds to the magnificence of God with a missional mindset. • August 25, 2019 • Jason Smith

TRUTH: A gospel centered church responds to the magnificence of God with a missional mindset. A missional mindset will desire… 1. Proclamation 2 Corinthians 4:2 :: But we have renounced disgraceful, underhanded ways. We refuse to practice cunning or to tamper with God’s word, but by the open statement of the truth we would commend ourselves to everyone’s conscience in the sight of God. 2. Demonstration 2 Corinthians 4:6 :: For God, who said, “Let light shine out of darkness,” has shone in our hearts to give the light of the knowledge of the glory of God in the face of Jesus Christ. 2 Corinthians 4:11 :: For we who live are always being given over to death for Jesus’ sake, so that the life of Jesus also may be manifested in our mortal flesh. 3. Multiplication 2 Corinthians 4:15 :: For it is all for your sake, so that as grace extends to more and more people it may increase thanksgiving, to the glory of God.

TRUTH: Gospel-centered service is motivated by Jesus’ action for me • August 18, 2019 • Jason Smith

TRUTH: Gospel-centered service is motivated by Jesus’ action for me. Gospel-centered service to another… 1. Begins with love John 13:1 :: Now before the Feast of the Passover, when Jesus knew that his hour had come to depart out of this world to the Father, having loved his own who were in the world, he loved them to the end. 2. Requires humility John 13:5 :: Then he poured water into a basin and began to wash the disciples’ feet and to wipe them with the towel that was wrapped around him. 3. Calls for impartiality John 13:11 :: For he knew who was to betray him; that was why he said, “Not all of you are clean.” 4. Refuses the temptation of power John 13:15-16 :: For I have given you an example, that you also should do just as I have done to you. Truly, truly, I say to you, a servant is not greater than his master, nor is a messenger greater than the one who sent him.

TRUTH: We create Gospel centered community when we allow the glory of Jesus to be displayed in us. • August 11, 2019 • Jason Smith

TRUTH: We create Gospel centered community when we allow the glory of Jesus to be displayed in us. 1. Remember what unites us! 2. Create grace-filled environments! 3. Hold onto what is good/right! 4. Be quick to forgive! 5. Serve with right motivation!

A Gospel-Centered Church is… 1. Self-Centered is not Gospel-Centered 2. Worship crushes self-centeredness 3. What corrupts our worship? 4. Open our hearts Lord, we want to see you!