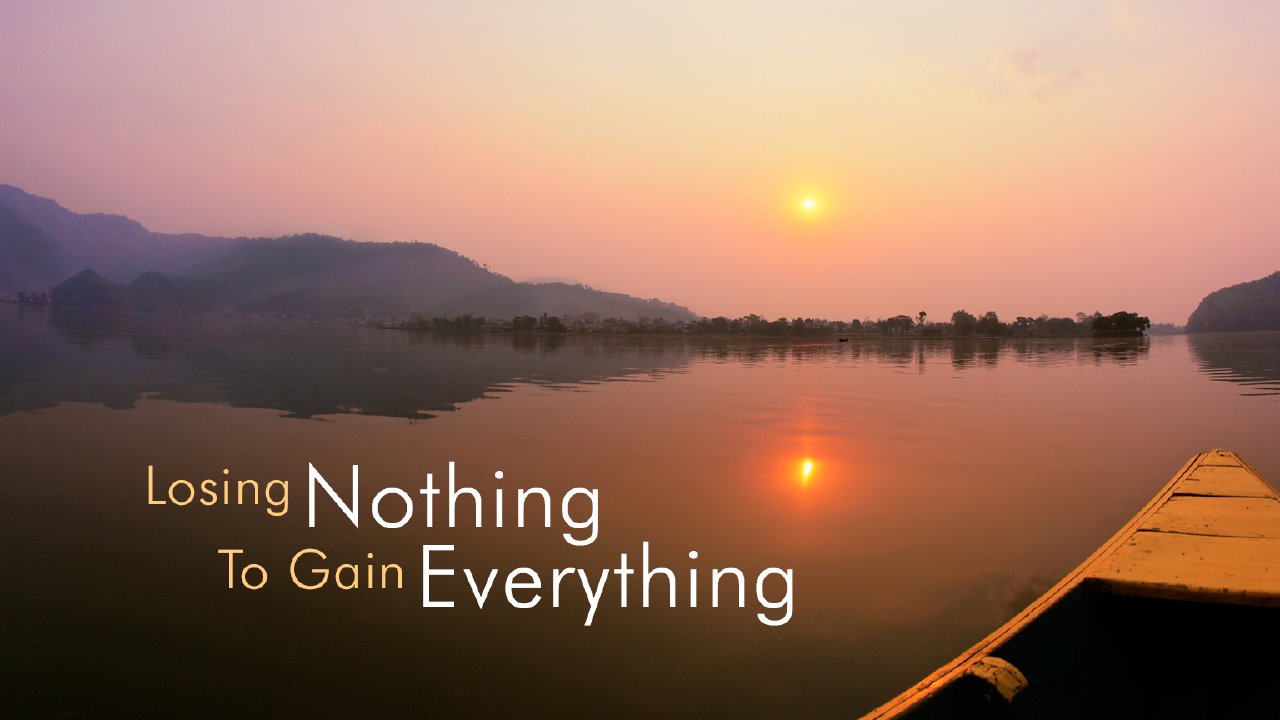 LOSING NOTHING TO GAIN EVERYTHING

From then on Jesus began to preach, “Repent of your sins and turn to God, for the Kingdom of Heaven is near.” One day as Jesus was walking along the shore of the Sea of Galilee, he saw two brothers—Simon, also called Peter, and Andrew—throwing a net into the water, for they fished for a living. Jesus called out to them, “Come, follow me, and I will show you how to fish for people!” And they left their nets at once and followed him. A little far-ther up the shore he saw two other brothers, James and John, sitting in a boat with their father, Zebedee, repairing their nets. And he called them to come, too. They immediately followed him, leaving the boat and their father behind.