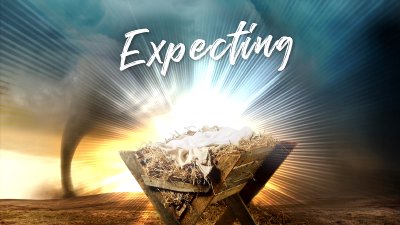 Revelation 19:1-10 NLT 1 After this, I heard what sounded like a vast crowd in heaven shouting,“Praise the Lord!Salvation and glory and power belong to our God. 2 His judgments are true and just.He has punished the great prostitutewho corrupted the earth with her immorality.He has avenged the murder of his servants.” 3 And again their voices rang out:“Praise the Lord!The smoke from that city ascends forever and ever!” 4 Then the twenty-four elders and the four living beings fell down and worshiped God, who was sitting on the throne. They cried out, “Amen! Praise the Lord!” 5 And from the throne came a voice that said,“Praise our God,all his servants,all who fear him,from the least to the greatest.” 6 Then I heard again what sounded like the shout of a vast crowd or the roar of mighty ocean waves or the crash of loud thunder:“Praise the Lord!For the Lord our God, the Almighty, reigns. 7 Let us be glad and rejoice,and let us give honor to him.For the time has come for the wedding feast of the Lamb,and his bride has prepared herself. 8 She has been given the finest of pure white linen to wear.”For the fine linen represents the good deeds of God’s holy people. 9 And the angel said to me, “Write this: Blessed are those who are invited to the wedding feast of the Lamb.” And he added, “These are true words that come from God.” 10 Then I fell down at his feet to worship him, but he said, “No, don’t worship me. I am a servant of God, just like you and your brothers and sisters who testify about their faith in Jesus. Worship only God. For the essence of prophecy is to give a clear witness for Jesus.”

Zechariah 3:1-10 NLT 1 Then the angel showed me Jeshua the high priest standing before the angel of the Lord. The Accuser, Satan, was there at the angel’s right hand, making accusations against Jeshua. 2 And the Lord said to Satan, “I, the Lord, reject your accusations, Satan. Yes, the Lord, who has chosen Jerusalem, rebukes you. This man is like a burning stick that has been snatched from the fire.” 3 Jeshua’s clothing was filthy as he stood there before the angel. 4 So the angel said to the others standing there, “Take off his filthy clothes.” And turning to Jeshua he said, “See, I have taken away your sins, and now I am giving you these fine new clothes.” 5 Then I said, “They should also place a clean turban on his head.” So they put a clean priestly turban on his head and dressed him in new clothes while the angel of the Lord stood by. 6 Then the angel of the Lord spoke very solemnly to Jeshua and said, 7 “This is what the Lord of Heaven’s Armies says: If you follow my ways and carefully serve me, then you will be given authority over my Temple and its courtyards. I will let you walk among these others standing here. 8 “Listen to me, O Jeshua the high priest, and all you other priests. You are symbols of things to come. Soon I am going to bring my servant, the Branch. 9 Now look at the jewel I have set before Jeshua, a single stone with seven facets. I will engrave an inscription on it, says the Lord of Heaven’s Armies, and I will remove the sins of this land in a single day. 10 “And on that day, says the Lord of Heaven’s Armies, each of you will invite your neighbor to sit with you peacefully under your own grapevine and fig tree.”

Micah 5:2-6 NLT 2 But you, O Bethlehem Ephrathah,are only a small village among all the people of Judah.Yet a ruler of Israel,whose origins are in the distant past,will come from you on my behalf. 3 The people of Israel will be abandoned to their enemiesuntil the woman in labor gives birth.Then at last his fellow countrymenwill return from exile to their own land. 4 And he will stand to lead his flock with the Lord’s strength,in the majesty of the name of the Lord his God.Then his people will live there undisturbed,for he will be highly honored around the world. 5 And he will be the source of peace.When the Assyrians invade our landand break through our defenses,we will appoint seven rulers to watch over us,eight princes to lead us. 6 They will rule Assyria with drawn swordsand enter the gates of the land of Nimrod.He will rescue us from the Assyrianswhen they pour over the borders to invade our land.

Joel 2:12-19 NLT 12 That is why the Lord says,“Turn to me now, while there is time.Give me your hearts.Come with fasting, weeping, and mourning. 13 Don’t tear your clothing in your grief,but tear your hearts instead.”Return to the Lord your God,for he is merciful and compassionate,slow to get angry and filled with unfailing love.He is eager to relent and not punish. 14 Who knows? Perhaps he will give you a reprieve,sending you a blessing instead of this curse.Perhaps you will be able to offer grain and wineto the Lord your God as before. 15 Blow the ram’s horn in Jerusalem!Announce a time of fasting;call the people togetherfor a solemn meeting. 16 Gather all the people—the elders, the children, and even the babies.Call the bridegroom from his quartersand the bride from her private room. 17 Let the priests, who minister in the Lord’s presence,stand and weep between the entry room to the Temple and the altar.Let them pray, “Spare your people, Lord!Don’t let your special possession become an object of mockery.Don’t let them become a joke for unbelieving foreigners who say,‘Has the God of Israel left them?’” 18 Then the Lord will pity his peopleand jealously guard the honor of his land. 19 The Lord will reply,“Look! I am sending you grain and new wine and olive oil,enough to satisfy your needs.You will no longer be an object of mockeryamong the surrounding nations.

Luke 1:26-37 26 In the sixth month of Elizabeth’s pregnancy, God sent the angel Gabriel to Nazareth, a village in Galilee, 27 to a virgin named Mary. She was engaged to be married to a man named Joseph, a descendant of King David. 28 Gabriel appeared to her and said, “Greetings, favored woman! The Lord is with you” 29 Confused and disturbed, Mary tried to think what the angel could mean. 30 “Don't be afraid Mary, "the angel told her, "for you have found favor with God! 31 You will conceive and give birth to a son, and you will name him Jesus. 32 He will be very great and will be call the Son of the Most High. The Lord God will give him the throne of his ancestor David. 33 And he will reign over Israel forever; his Kingdom will never end!” 34 Mary asked the angel, “But how can this happen? I am a virgin.” 35 The angel replied, “The Holy Spirit will come upon you, and the power of the Most High will overshadow you. So the baby to be born will be holy, and he will be called the Son of God. 36 What’s more, your relative Elizabeth has become pregnant in her old age! People used to say she was barren, but she has conceived a son and is now in her sixth month. 37 For nothing is impossible with God.

Ezekiel 47:1-12 NLT 1 In my vision, the man brought me back to the entrance of the Temple. There I saw a stream flowing east from beneath the door of the Temple and passing to the right of the altar on its south side. 2 The man brought me outside the wall through the north gateway and led me around to the eastern entrance. There I could see the water flowing out through the south side of the east gateway. 3 Measuring as he went, he took me along the stream for 1,750 feet and then led me across. The water was up to my ankles. 4 He measured off another 1,750 feet and led me across again. This time the water was up to my knees. After another 1,750 feet, it was up to my waist. 5 Then he measured another 1,750 feet, and the river was too deep to walk across. It was deep enough to swim in, but too deep to walk through. 6 He asked me, “Have you been watching, son of man?” Then he led me back along the riverbank. 7 When I returned, I was surprised by the sight of many trees growing on both sides of the river. 8 Then he said to me, “This river flows east through the desert into the valley of the Dead Sea. The waters of this stream will make the salty waters of the Dead Sea fresh and pure. 9 There will be swarms of living things wherever the water of this river flows. Fish will abound in the Dead Sea, for its waters will become fresh. Life will flourish wherever this water flows. 10 Fishermen will stand along the shores of the Dead Sea. All the way from En-gedi to En-eglaim, the shores will be covered with nets drying in the sun. Fish of every kind will fill the Dead Sea, just as they fill the Mediterranean. 11 But the marshes and swamps will not be purified; they will still be salty. 12 Fruit trees of all kinds will grow along both sides of the river. The leaves of these trees will never turn brown and fall, and there will always be fruit on their branches. There will be a new crop every month, for they are watered by the river flowing from the Temple. The fruit will be for food and the leaves for healing.”