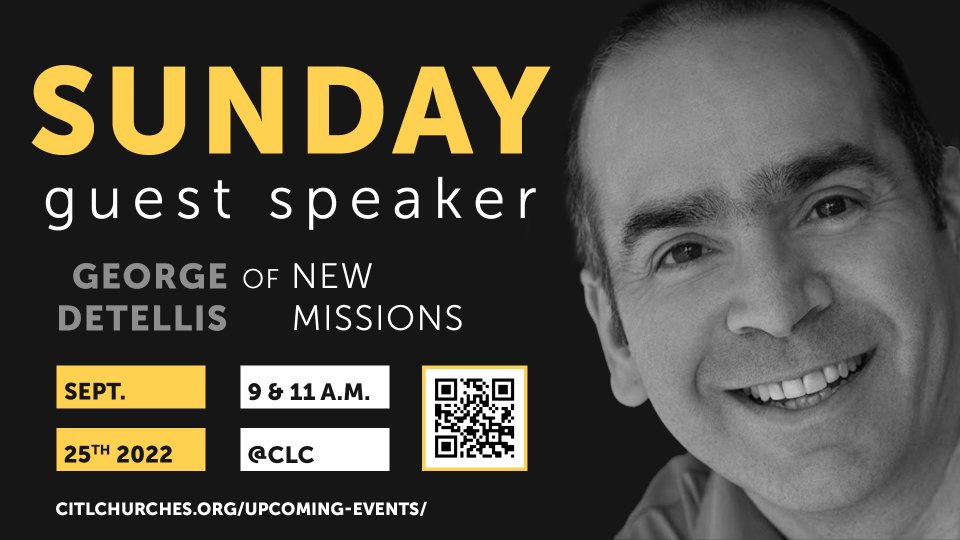 Join us on Sunday, September 25 at the 9:00 and 11:00 a.m. services here at Christian Life Church for our special guest speaker, George DeTellis of New Missions. George DeTellis, (Jr.) is the Executive Director of New Missions in Haiti. His involvement in Haiti began in 1979 when he visited with a team from his church in Worcester, Massachusetts. His parents, George and Jeanne DeTellis, pioneered New Missions in 1983 after 25 years of ministry in the States. Since then, George met his wife, Paula, in Haiti while she was serving as a missionary, and they have expanded their work with helping children to the Dominican Republic. They now reside in Orlando, Florida with their children Michael and Julianne. In addition to their work with New Missions, George and his wife also run Camp Woodhaven, a Christian overnight camp that regularly hosts 300 children total each Summer. Today, there are 30 churches in Haiti founded by New Missions and five churches in the Dominican Republic. Over 8000 children attend school at mission schools. The largest unreached people group in the world is children between the ages of four to fourteen. George has spent over 40 years building schools, churches, feeding and educating children, and teaching them about the Good News of Jesus and the life he has planned for them. For information about his visit, contact the Christian Life Church office by hitting the link for either the email or phone number on this page.