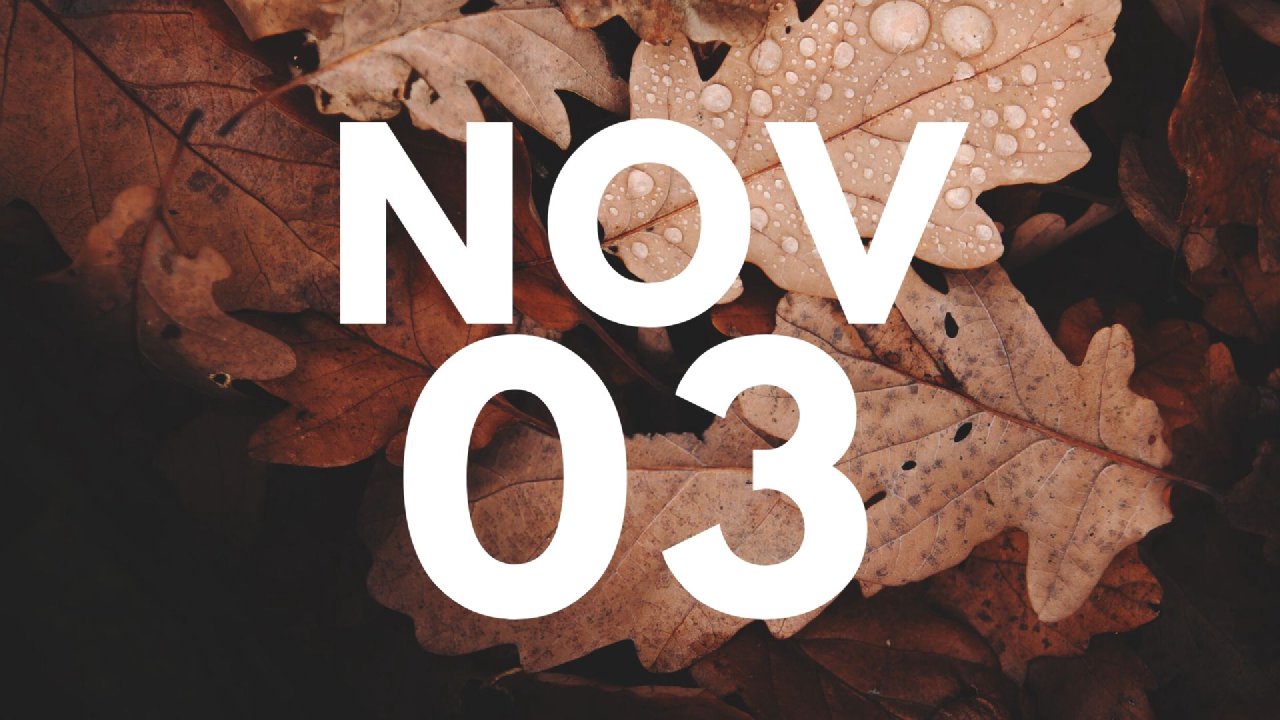 Message Title: "Don’t Forget Your Benefits" Message Text: Psalm 103:1-5 (NIV) Psalm 103 Of David. 1 Praise the Lord, my soul; all my inmost being, praise his holy name. 2 Praise the Lord, my soul, and forget not all his benefits— 3 who forgives all your sins and heals all your diseases, 4 who redeems your life from the pit and crowns you with love and compassion, 5 who satisfies your desires with good things so that your youth is renewed like the eagle’s. THE BENEFITS 1. Forgiveness (v.3a) 1 Corinthians 15:3 3 For what I received I passed on to you as of first importance[a]: that Christ died for our sins according to the Scriptures, Mark 2:10 10 But I want you to know that the Son of Man has authority on earth to forgive sins.” So he said to the man, 1 John 1:9 9 If we confess our sins, he is faithful and just and will forgive us our sins and purify us from all unrighteousness. 2. Healing (v.3b) Isaiah 53:4-5 4 Surely he took up our pain and bore our suffering, yet we considered him punished by God, stricken by him, and afflicted. 5 But he was pierced for our transgressions, he was crushed for our iniquities; the punishment that brought us peace was on him, and by his wounds we are healed. Matthew 9:29-30 29 Then he touched their eyes and said, “According to your faith let it be done to you”; 30 and their sight was restored. Jesus warned them sternly, “See that no one knows about this.” 3. Redemption (v.4) Romans 8:35 35 Who shall separate us from the love of Christ? Shall trouble or hardship or persecution or famine or nakedness or danger or sword?, Romans 8:37-39 37 No, in all these things we are more than conquerors through him who loved us. 38 For I am convinced that neither death nor life, neither angels nor demons,[a] neither the present nor the future, nor any powers, 39 neither height nor depth, nor anything else in all creation, will be able to separate us from the love of God that is in Christ Jesus our Lord.9 4. Satisfaction (v.5) WAYS THAT WE FORGET GOD 1. When we don’t spend time with Him 2. When we don’t put Him as our first priority 3. When we don’t put our trust in Him WWW.CHAMPIONLIFE.CA Recorded via Facebook Live Stream from CLC – Brampton April 5, 2020 end 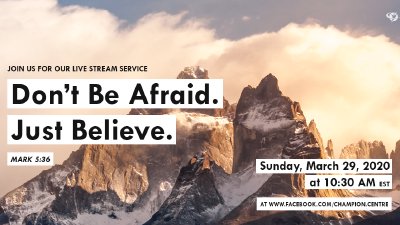 Message Title: "Don’t Be Afraid, Just Believe" Message Text: Mark 5:21-43 Message Theme: From the Depths of Fear to the Heights of Faith Mark 5:21-43 Jesus Raises a Dead Girl and Heals a Sick Woman 21 When Jesus had again crossed over by boat to the other side of the lake, a large crowd gathered around him while he was by the lake. 22 Then one of the synagogue leaders, named Jairus, came, and when he saw Jesus, he fell at his feet. 23 He pleaded earnestly with him, “My little daughter is dying. Please come and put your hands on her so that she will be healed and live.” 24 So Jesus went with him. A large crowd followed and pressed around him. 25 And a woman was there who had been subject to bleeding for twelve years. 26 She had suffered a great deal under the care of many doctors and had spent all she had, yet instead of getting better she grew worse. 27 When she heard about Jesus, she came up behind him in the crowd and touched his cloak, 28 because she thought, “If I just touch his clothes, I will be healed.” 29 Immediately her bleeding stopped and she felt in her body that she was freed from her suffering. 30 At once Jesus realized that power had gone out from him. He turned around in the crowd and asked, “Who touched my clothes?” 31 “You see the people crowding against you,” his disciples answered, “and yet you can ask, ‘Who touched me?’ ” 32 But Jesus kept looking around to see who had done it. 33 Then the woman, knowing what had happened to her, came and fell at his feet and, trembling with fear, told him the whole truth. 34 He said to her, “Daughter, your faith has healed you. Go in peace and be freed from your suffering.” 35 While Jesus was still speaking, some people came from the house of Jairus, the synagogue leader. “Your daughter is dead,” they said. “Why bother the teacher anymore?” 36 Overhearing[a] what they said, Jesus told him, “Don’t be afraid; just believe.” 37 He did not let anyone follow him except Peter, James and John the brother of James. 38 When they came to the home of the synagogue leader, Jesus saw a commotion, with people crying and wailing loudly. 39 He went in and said to them, “Why all this commotion and wailing? The child is not dead but asleep.” 40 But they laughed at him. After he put them all out, he took the child’s father and mother and the disciples who were with him, and went in where the child was. 41 He took her by the hand and said to her, “Talitha koum!” (which means “Little girl, I say to you, get up!”). 42 Immediately the girl stood up and began to walk around (she was twelve years old). At this they were completely astonished. 43 He gave strict orders not to let anyone know about this, and told them to give her something to eat. 1. The Desperate Request A. He made his Request Reverently B. He made his Request Earnestly 2. The Delightful Response A. Jesus is Accessible B. Jesus is Available 3. The Devastating Report A. The Frustrating Interruption B. The Frightening Information 4. The Divine Revelation A. The Invitation to Believe B. The Invitation to Behold WWW.CHAMPIONLIFE.CA Recorded via Facebook Live Stream from CLC – Brampton March 29, 2020 end