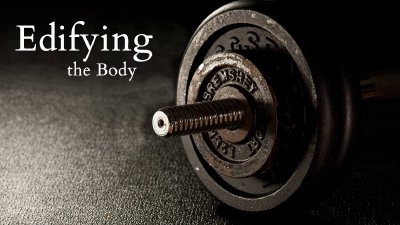 The End of All Things - MIDWEEK

**1Peter 4:7-11**   *But the end of all things is at hand: be ye therefore sober, and watch unto prayer. 8 And above all things have fervent charity among yourselves: for charity shall cover the multitude of sins. 9 Use hospitality one to another without grudging. 10 As every man hath received the gift, even so minister the same one to another, as good stewards of the manifold grace of God. 11 If any man speak, let him speak as the oracles of God; if any man minister, let him do it as of the ability which God giveth: that God in all things may be glorified through Jesus Christ, to whom be praise and dominion for ever and ever. Amen.* **Revelation 13:14** *And deceiveth them that dwell on the earth by the means of those miracles which he had power to do in the sight of the beast; saying to them that dwell on the earth, that they should make an image to the beast, which had the wound by a sword, and did live. 15 And he had power to give life unto the image of the beast, that the image of the beast should both speak, and cause that as many as would not worship the image of the beast should be killed. 16 And he causeth all, both small and great, rich and poor, free and bond, to receive a mark in their right hand, or in their foreheads: 17 And that no man might buy or sell, save he that had the mark, or the name of the beast, or the number of his name. 18 Here is wisdom. Let him that hath understanding count the number of the beast: for it is the number of a man; and his number is Six hundred threescore and six.* Because we know the end is close… how should we behave? 1. We need to be sober (serious-minded; sound-minded; in control of passions) about our life and our service to Jesus. We need to forsake the sins of the flesh and repent of wrong life-choices. 2. We need to watch (be alert) so we can pray effectively and wisely to what’s going on, and especially what’s going on spiritually) 3. And above all, we MUST have charity (love) for fellow brethren so that we might be tolerant of each other’s shortcomings and failings. 4. Use hospitality (helping others) without grumbling or complaining 5. Be a good steward of your own spiritual gift(s). We have been graced to complement the local church. USE THAT GIFT!

1. Be COURAGEOUS (established, fortified, hardened) to avoid fear and finish our race. Don’t go to the left or right! 2. CLEAVE to the LORD (stay close to God; maintain the strength and health of your personal faith) v23:8 3. FORSAKE the World (paganism, sin, carnality, compromise of Truth)

When Things Come to a Halt

An Opportunity to Prove Our Faith

Do you say you possess saving faith? Then prove it by your good works! Put your faith to work. How can we put our faith to work? • SHARE your faith! A tempestuous time such as this is an opportune opportunity to share our soul- and heart-peace. We are NOT living in fear! • PROVE your faith… by loving our neighbors • AVOID schisms * TRUSTING GOD through the crisis (Psalm 18:2; Psalm 91) * MANIFEST to ourselves where our faith stands? Just how mature are we? Trials are meant to build us up. • GROW in our personal relationship with Jesus! It’s our turn to step up!

* Things aren’t always as they seem! * The spiritually blind will live in fear; God has not given us the spirit of fear * Christians are more and more giving in to fear because of their spiritual lethargy

Some Shall Depart from the Faith

Beware! * Don’t get discouraged... when people walk away * The End Days are dangerous times for weak believers * Deception will increase - Seducing spirits - Doctrines of devils - Lies in hypocrisy - A dysfunctional conscience - Changing the Truth Today’s Biggest Problems * Circumstantial Christianity - instead of a thus saith the Word Christianity * Cultural Pressures * The “Feeling” movement

Building Blocks * Stature — Unity of the Faith! No room for division! How do we make it work? Everyone must be trying to grow up! Not easily offended. Nothing should keep us away from church! * Sound Doctrine * Sound Speech * Spiritual Gifts given to each believer