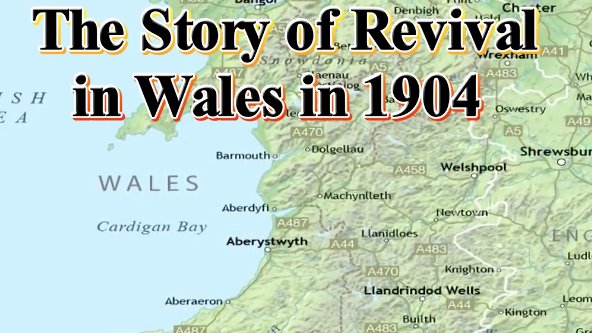 The Story of the 1904 Welsh Revival

This is an in-depth look at the 1904–1905 Welsh Revival which was the largest Christian revival in Wales during the 20th century. While by no means the best known of revivals, it was one of the most dramatic in terms of its effect on the population and triggered revivals in several other countries. "The movement kept the churches of Wales filled for many years to come, seats being placed in the aisles in Mount Pleasant Baptist Church in Swansea for twenty years or so, for example. Meanwhile, the Awakening swept the rest of Britain, Scandinavia, parts of Europe, North America, the mission fields of India and the Orient, Africa and Latin America." 2 Chronicles 7:14​-16 King James Version (KJV) 14 If my people, which are called by my name, shall humble themselves, and pray, and seek my face, and turn from their wicked ways; then will I hear from heaven, and will forgive their sin, and will heal their land. 15 Now mine eyes shall be open, and mine ears attent unto the prayer that is made in this place. 1 Once more, O Lord, we pray, Put Thy strong armor on; Strike down the shield of Satan’s pow’r; Let victory be won. Refrain: Once more, O Lord, once more Thy blessing we implore; In Thy great name let vict’ry sweep Thro’ Zion’s gates once more. 2 Lord Jesus, come today; Let souls before Thee bow; Be this Thine hour of triumph, Lord; Oh, send salvation now. [Refrain] 3 Lord Jesus, come and reign; Let error’s empire fall; We long to see Thy glory shine, And crown Thee Lord of all. [Refrain]