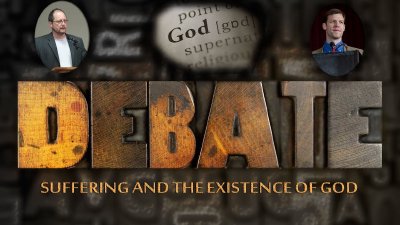 Debate on Suffering and the existence of God between Kyle Butt and Bart Ehrman that took place on the campus of the University of North Alabama on April 4, 2014. 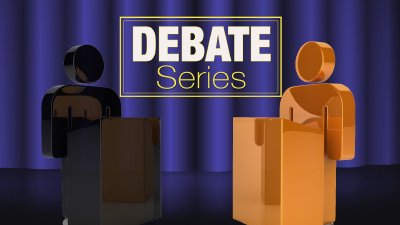 The Butt-Scott debate was conducted on the campus of the University of North Alabama in Florence on September 29, 2011, before a capacity crowd of over 1,600, with thousands more viewing the debate over the Internet. Atheist Blair Scott debated Kyle Butt on the existence of God. Both disputants presented arguments, cross-examined each other, and also fielded questions from the audience. 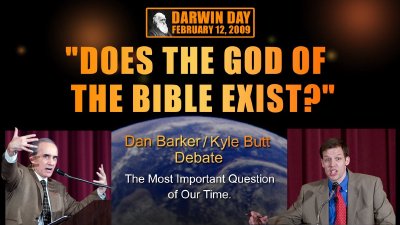 Debate: Does the God of the Bible Exist? (Kyle Butt / Dan Barker)

A debate between Kyle Butt and Dan Barker was conducted on the campus of the University of South Carolina in Columbia on February 12, 2009. Of all the significant questions pertaining to human existence, none is more crucial than whether the God of the Bible exists. If He does exist, all human beings are obligated to come to a knowledge of His will and render obedience to Him. Those who fail to do so will face eternal punishment (2 Corinthians 5:10-11). If, on the other hand, the God of the Bible does not exist, human behavior remains a matter of subjective human inclination. Atheists and theists meet in this historic confrontation. KYLE BUTT Kyle Butt works at Apologetics Press, a 30-year-old, non-profit organization dedicated to the defense of New Testament Christianity. Kyle graduated from Freed-Hardeman University with a B.A. in Bible and Communication and an M.A. in New Testament Christianity. He is the author or co-author of 20 books dealing with topics such as the existence of God, the inspiration of the Bible, the historicity of Jesus Christ, and the creation/evolution controversy. He is the editor of Discovery magazine, a monthly periodical about Scripture and science for kids. And he is the associate editor of Reason & Revelation, a monthly journal of Christian evidences. He frequently presents seminars around the country, and several of these seminars are available on DVD. DAN BARKER Dan Barker is co-president of the Freedom From Religion Foundation. A former minister and evangelist, Mr. Barker became an atheist in 1983. He is the author of the books just Pretend, a free-thought book for children, and Losing Faith in Faith: From Preacher to Atheist. His latest book is godless: How an Evangelical Preacher Became One of America's Leading Atheists. Mr. Barker is a graduate of Azusa Pacific University with a degree in religion. He has been involved in 68 formal, moderated debates. He is a regular contributing author to Freethought Today. A periodical published 10 times a year by the Freedom From Religion Foundation.