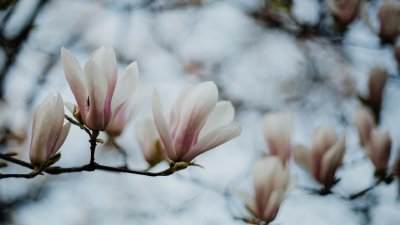 John 21:1-8 English Standard Version Jesus Appears to Seven Disciples 21 After this Jesus revealed himself again to the disciples by the Sea of Tiberias, and he revealed himself in this way. 2 Simon Peter, Thomas (called the Twin), Nathanael of Cana in Galilee, the sons of Zebedee, and two others of his disciples were together. 3 Simon Peter said to them, “I am going fishing.” They said to him, “We will go with you.” They went out and got into the boat, but that night they caught nothing. 4 Just as day was breaking, Jesus stood on the shore; yet the disciples did not know that it was Jesus. 5 Jesus said to them, “Children, do you have any fish?” They answered him, “No.” 6 He said to them, “Cast the net on the right side of the boat, and you will find some.” So they cast it, and now they were not able to haul it in, because of the quantity of fish. 7 That disciple whom Jesus loved therefore said to Peter, “It is the Lord!” When Simon Peter heard that it was the Lord, he put on his outer garment, for he was stripped for work, and threw himself into the sea. 8 The other disciples came in the boat, dragging the net full of fish, for they were not far from the land, but about a hundred yards[a] off. 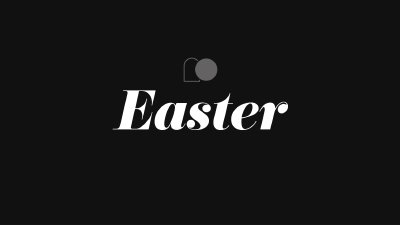 Luke 24:1-12 English Standard Version The Resurrection 24 But on the first day of the week, at early dawn, they went to the tomb, taking the spices they had prepared. 2 And they found the stone rolled away from the tomb, 3 but when they went in they did not find the body of the Lord Jesus. 4 While they were perplexed about this, behold, two men stood by them in dazzling apparel. 5 And as they were frightened and bowed their faces to the ground, the men said to them, “Why do you seek the living among the dead? 6 He is not here, but has risen. Remember how he told you, while he was still in Galilee, 7 that the Son of Man must be delivered into the hands of sinful men and be crucified and on the third day rise.” 8 And they remembered his words, 9 and returning from the tomb they told all these things to the eleven and to all the rest. 10 Now it was Mary Magdalene and Joanna and Mary the mother of James and the other women with them who told these things to the apostles, 11 but these words seemed to them an idle tale, and they did not believe them. 12 But Peter rose and ran to the tomb; stooping and looking in, he saw the linen cloths by themselves; and he went home marveling at what had happened.

Acts 10:34-43 English Standard Version Gentiles Hear the Good News 34 So Peter opened his mouth and said: “Truly I understand that God shows no partiality, 35 but in every nation anyone who fears him and does what is right is acceptable to him. 36 As for the word that he sent to Israel, preaching good news of peace through Jesus Christ (he is Lord of all), 37 you yourselves know what happened throughout all Judea, beginning from Galilee after the baptism that John proclaimed: 38 how God anointed Jesus of Nazareth with the Holy Spirit and with power. He went about doing good and healing all who were oppressed by the devil, for God was with him. 39 And we are witnesses of all that he did both in the country of the Jews and in Jerusalem. They put him to death by hanging him on a tree, 40 but God raised him on the third day and made him to appear, 41 not to all the people but to us who had been chosen by God as witnesses, who ate and drank with him after he rose from the dead. 42 And he commanded us to preach to the people and to testify that he is the one appointed by God to be judge of the living and the dead. 43 To him all the prophets bear witness that everyone who believes in him receives forgiveness of sins through his name.” John 20:19-31 English Standard Version Jesus Appears to the Disciples 19 On the evening of that day, the first day of the week, the doors being locked where the disciples were for fear of the Jews,[a] Jesus came and stood among them and said to them, “Peace be with you.” 20 When he had said this, he showed them his hands and his side. Then the disciples were glad when they saw the Lord. 21 Jesus said to them again, “Peace be with you. As the Father has sent me, even so I am sending you.” 22 And when he had said this, he breathed on them and said to them, “Receive the Holy Spirit. 23 If you forgive the sins of any, they are forgiven them; if you withhold forgiveness from any, it is withheld.” Jesus and Thomas 24 Now Thomas, one of the twelve, called the Twin,[b] was not with them when Jesus came. 25 So the other disciples told him, “We have seen the Lord.” But he said to them, “Unless I see in his hands the mark of the nails, and place my finger into the mark of the nails, and place my hand into his side, I will never believe.” 26 Eight days later, his disciples were inside again, and Thomas was with them. Although the doors were locked, Jesus came and stood among them and said, “Peace be with you.” 27 Then he said to Thomas, “Put your finger here, and see my hands; and put out your hand, and place it in my side. Do not disbelieve, but believe.” 28 Thomas answered him, “My Lord and my God!” 29 Jesus said to him, “Have you believed because you have seen me? Blessed are those who have not seen and yet have believed.” The Purpose of This Book 30 Now Jesus did many other signs in the presence of the disciples, which are not written in this book; 31 but these are written so that you may believe that Jesus is the Christ, the Son of God, and that by believing you may have life in his name.