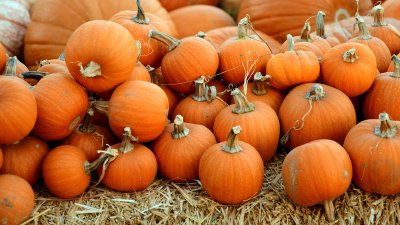 Revelation 21:1-6 English Standard Version The New Heaven and the New Earth 21 Then I saw a new heaven and a new earth, for the first heaven and the first earth had passed away, and the sea was no more. 2 And I saw the holy city, new Jerusalem, coming down out of heaven from God, prepared as a bride adorned for her husband. 3 And I heard a loud voice from the throne saying, “Behold, the dwelling place[a] of God is with man. He will dwell with them, and they will be his people,[b] and God himself will be with them as their God.[c] 4 He will wipe away every tear from their eyes, and death shall be no more, neither shall there be mourning, nor crying, nor pain anymore, for the former things have passed away.” 5 And he who was seated on the throne said, “Behold, I am making all things new.” Also he said, “Write this down, for these words are trustworthy and true.” 6 And he said to me, “It is done! I am the Alpha and the Omega, the beginning and the end. To the thirsty I will give from the spring of the water of life without payment. 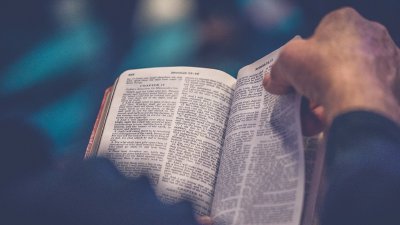 Mark 10:46-52 English Standard Version Jesus Heals Blind Bartimaeus 46 And they came to Jericho. And as he was leaving Jericho with his disciples and a great crowd, Bartimaeus, a blind beggar, the son of Timaeus, was sitting by the roadside. 47 And when he heard that it was Jesus of Nazareth, he began to cry out and say, “Jesus, Son of David, have mercy on me!” 48 And many rebuked him, telling him to be silent. But he cried out all the more, “Son of David, have mercy on me!” 49 And Jesus stopped and said, “Call him.” And they called the blind man, saying to him, “Take heart. Get up; he is calling you.” 50 And throwing off his cloak, he sprang up and came to Jesus. 51 And Jesus said to him, “What do you want me to do for you?” And the blind man said to him, “Rabbi, let me recover my sight.” 52 And Jesus said to him, “Go your way; your faith has made you well.” And immediately he recovered his sight and followed him on the way. 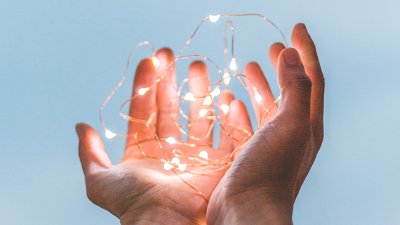 Mark 10:35-45 English Standard Version The Request of James and John 35 And James and John, the sons of Zebedee, came up to him and said to him, “Teacher, we want you to do for us whatever we ask of you.” 36 And he said to them, “What do you want me to do for you?” 37 And they said to him, “Grant us to sit, one at your right hand and one at your left, in your glory.” 38 Jesus said to them, “You do not know what you are asking. Are you able to drink the cup that I drink, or to be baptized with the baptism with which I am baptized?” 39 And they said to him, “We are able.” And Jesus said to them, “The cup that I drink you will drink, and with the baptism with which I am baptized, you will be baptized, 40 but to sit at my right hand or at my left is not mine to grant, but it is for those for whom it has been prepared.” 41 And when the ten heard it, they began to be indignant at James and John. 42 And Jesus called them to him and said to them, “You know that those who are considered rulers of the Gentiles lord it over them, and their great ones exercise authority over them. 43 But it shall not be so among you. But whoever would be great among you must be your servant,[a] 44 and whoever would be first among you must be slave[b] of all. 45 For even the Son of Man came not to be served but to serve, and to give his life as a ransom for many.” 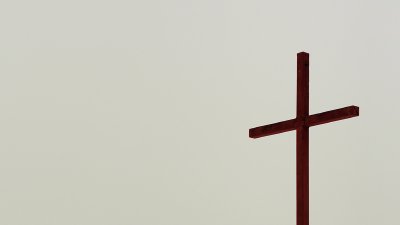 Genesis 28:15 English Standard Version 15 Behold, I am with you and will keep you wherever you go, and will bring you back to this land. For I will not leave you until I have done what I have promised you.” Hebrews 11:1-16 English Standard Version By Faith 11 Now faith is the assurance of things hoped for, the conviction of things not seen. 2 For by it the people of old received their commendation. 3 By faith we understand that the universe was created by the word of God, so that what is seen was not made out of things that are visible. 4 By faith Abel offered to God a more acceptable sacrifice than Cain, through which he was commended as righteous, God commending him by accepting his gifts. And through his faith, though he died, he still speaks. 5 By faith Enoch was taken up so that he should not see death, and he was not found, because God had taken him. Now before he was taken he was commended as having pleased God. 6 And without faith it is impossible to please him, for whoever would draw near to God must believe that he exists and that he rewards those who seek him. 7 By faith Noah, being warned by God concerning events as yet unseen, in reverent fear constructed an ark for the saving of his household. By this he condemned the world and became an heir of the righteousness that comes by faith. 8 By faith Abraham obeyed when he was called to go out to a place that he was to receive as an inheritance. And he went out, not knowing where he was going. 9 By faith he went to live in the land of promise, as in a foreign land, living in tents with Isaac and Jacob, heirs with him of the same promise. 10 For he was looking forward to the city that has foundations, whose designer and builder is God. 11 By faith Sarah herself received power to conceive, even when she was past the age, since she considered him faithful who had promised. 12 Therefore from one man, and him as good as dead, were born descendants as many as the stars of heaven and as many as the innumerable grains of sand by the seashore. 13 These all died in faith, not having received the things promised, but having seen them and greeted them from afar, and having acknowledged that they were strangers and exiles on the earth. 14 For people who speak thus make it clear that they are seeking a homeland. 15 If they had been thinking of that land from which they had gone out, they would have had opportunity to return. 16 But as it is, they desire a better country, that is, a heavenly one. Therefore God is not ashamed to be called their God, for he has prepared for them a city.