All Eyes on Jerusalem: Prophecy Unfolding

This past week, President Trump met with key political leaders to present his peace plan for Israel and the Palestinians. Whether or not this deal will be accepted by both parties remains to be seen, but what we do know is that the Bible makes it clear-God’s people, the Jewish nation in Israel are at the center of history both now and forever. This program contains a Middle East update with frequent guest and friend of our ministry, Dr. Jimmy DeYoung. There are exciting and important things happening in Israel-headline making news that students of prophecy will want to know about. The World Holocaust Forum Day which took place in Jerusalem, President Trump’s peace plan, and intriguing developments between Russian President Putin, the Palestinians, and Iran are just a few of the events discussed on this program. Host: Sam Rohrer Guest: Dr. Jimmy DeYoung

More from Stand in the Gap Weekend Archives

When you think of great men of faith in the last two centuries, what names come to mind? Dwight L. Moody, Jim Elliot, Dietrich Bonhoeffer or perhaps Billy Graham? Certainly, God used these men in powerful ways to change the world, ignite revivals, and leave legacies that have inspired countless men and women to consecrate themselves to God. On this program, our guest, Judge Vance Day, is going to talk about a growing movement in this century. It’s not new-and no doubt you’ve probably heard about it before-nevertheless, it’s a group that’s needed ‘for such a time’ as this. Who am I talking about? Well, this company of men is known as Promise Keepers. If you remember their debut in the early 90’s, you know that thousands of men attended the events and pledged to live as “God’s Men” in a world that was growing ever more hostile to the biblical role of manhood. Biblical manhood is one of the greatest needs in our modern society-that of mature, committed, spiritual men to lead their families, businesses, churches and civil government in a way that glorifies God and points people to Him. 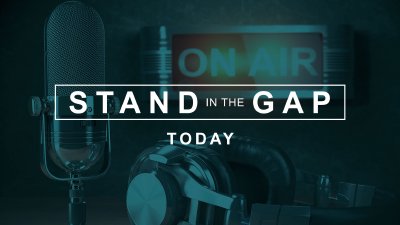 Coronavirus, The Constitution and the Church

Last week our nation experienced something we haven’t faced since World War II. Due to the Coronavirus pandemic, the federal and state governments placed certain restrictions on gatherings, businesses, and institutions limiting social interaction on a broad scale. The resulting panic left empty grocery shelves, abandoned school rooms, and a stock market crash rivaling Black Monday in 1929. Questions inevitably arise during a situation like this-such as, Does the government have the right to demand these closures? Are they infringing on our first amendment rights? What are the moral implications of these restrictions and are we witnessing the beginning of a government takeover whereby all institutions and business are regulated by federal laws, or a semi-Socialist state? The guest on this program, Jeremy Dys, attorney with First Liberty, helps us to practically and biblically understand how to respond in a time like this.

Psalm 212 1 I will lift up mine eyes unto the hills, from whence cometh my help. 2 My help cometh from the Lord, which made heaven and earth. 3 He will not suffer thy foot to be moved: he that keepeth thee will not slumber. 4 Behold, he that keepeth Israel shall neither slumber nor sleep. 5 The Lord is thy keeper: the Lord is thy shade upon thy right hand. 6 The sun shall not smite thee by day, nor the moon by night. 7 The Lord shall preserve thee from all evil: he shall preserve thy soul. 8 The Lord shall preserve thy going out and thy coming in from this time forth, and even for evermore. As our nation moves into a time of uncertainty and anxiety over the Corona virus-we can be sure that the God whom the Psalmist wrote about, is the same God that keeps and preserves us in the midst of every crisis. On this program, hosts and guests will discuss the need for all, both young and old alike, to listen to and absorb the truths found in the Bible-because it is life and health for our souls!